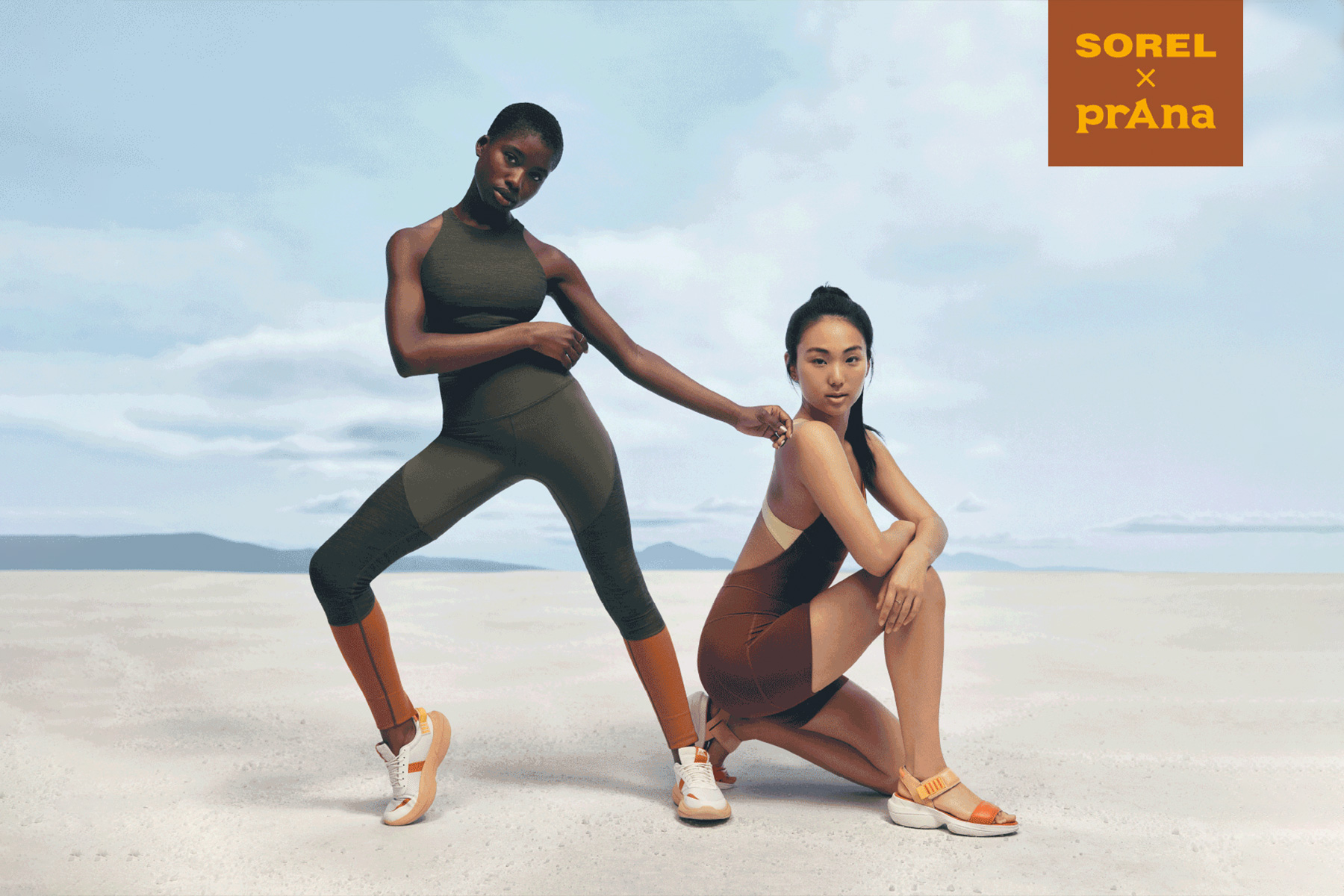 Columbia Sportswear-owned brands SOREL Footwear and prAna have collaborated on a limited-edition footwear and activewear collection that features sustainably driven products, and a design theme “inspired by movement.” According to the company, the footwear in the collab is SOREL’s most sustainably-driven to date, featuring a vegan leather alternative, midsoles that use material made with excess algae, and a variety of recycled materials. The SOREL styles featured in this collaboration include a casual lifestyle sneaker, a sporty-inspired sandal and an elevated slip-on sandal. Apparel in the collab features recycled polyester and TENCEL Modal.

‍Retail imports rose 3.2 percent year-over-year in March to 2.34 million Twenty-Foot Equivalent Units (TEU), according to Global Port Tracker, and were 10.8 percent higher than they were in February. The total topped the previous monthly record of 2.33 million TEU in May 2021. Imports for the first six months of 2022 are forecast to be up 5.1 percent y-o-y as importers continue replenishing inventories to protect them against potentially higher freight costs, supply chain delays and complications in upcoming labor negotiations at U.S. West Coast ports, according to Hackett Associates that releases the monthly report with the National Retail Federation.

‍Allbirds has opened its first third-party retailer in the U.S., Dick’s Sporting Goods-owned Public Lands. The brand’s footwear, previously only available at its own stores and website, is also available in Europe via the online retailer Zalando.

Designer Brands Inc., parent of shoe retailer DSW Designer Shoe Warehouse, unveiled its new "Warehouse Reimagined" retail store format, which it describes as “a step forward in putting customers, brands and speed at the forefront of the Company's business strategy.” Debuting at a Houston-area DSW, the Warehouse Reimagined store showcases the company’s owned brands alongside national brands, with shop-in-shops, full family offerings and head-to-toe lifestyle imagery. The store has an updated warehouse-inspired design to optimize capacity. The company’s owned brands include Hush Puppies (now sold exclusively at DSW), and brands such as Vince Camuto, Jessica Simpson, Lucky Brand and more. The company's goal is to grow its owned brands to account for nearly 30% of sales by 2026.

In other DSW news, DSW is now the owner of the shoes.com domain. (The shoes.com domain directs visitors to head to DSW.com). The domain had previously been owned by Walmart and then Critical Point Capital (former owner of JackRabbit).

United Sports Brands has acquired cycling apparel and accessories brand Pearl Izumi from Shimano. Pearl Izumi joins USB’s portfolio of brands that also includes Shock Doctor, McDavid, Cutters, NATHAN, and Glukos. Founded in Tokyo in 1950, Pearl Izumi entered the U.S. market during the ’80s cycling boom. In 1989, four investors in Boulder, CO, bought the rights to build a U.S.-based Pearl Izumi brand, leveraging technology and fabrics from the original company in Japan, and growing Pearl Izumi into a cycling apparel market leader in the U.S. The brand was acquired by Shimano in 2008, and USB says Pearl Izumi will operate with the support of Shimano for a transition period to “meet the needs of retailers and maintain the business as planned.”