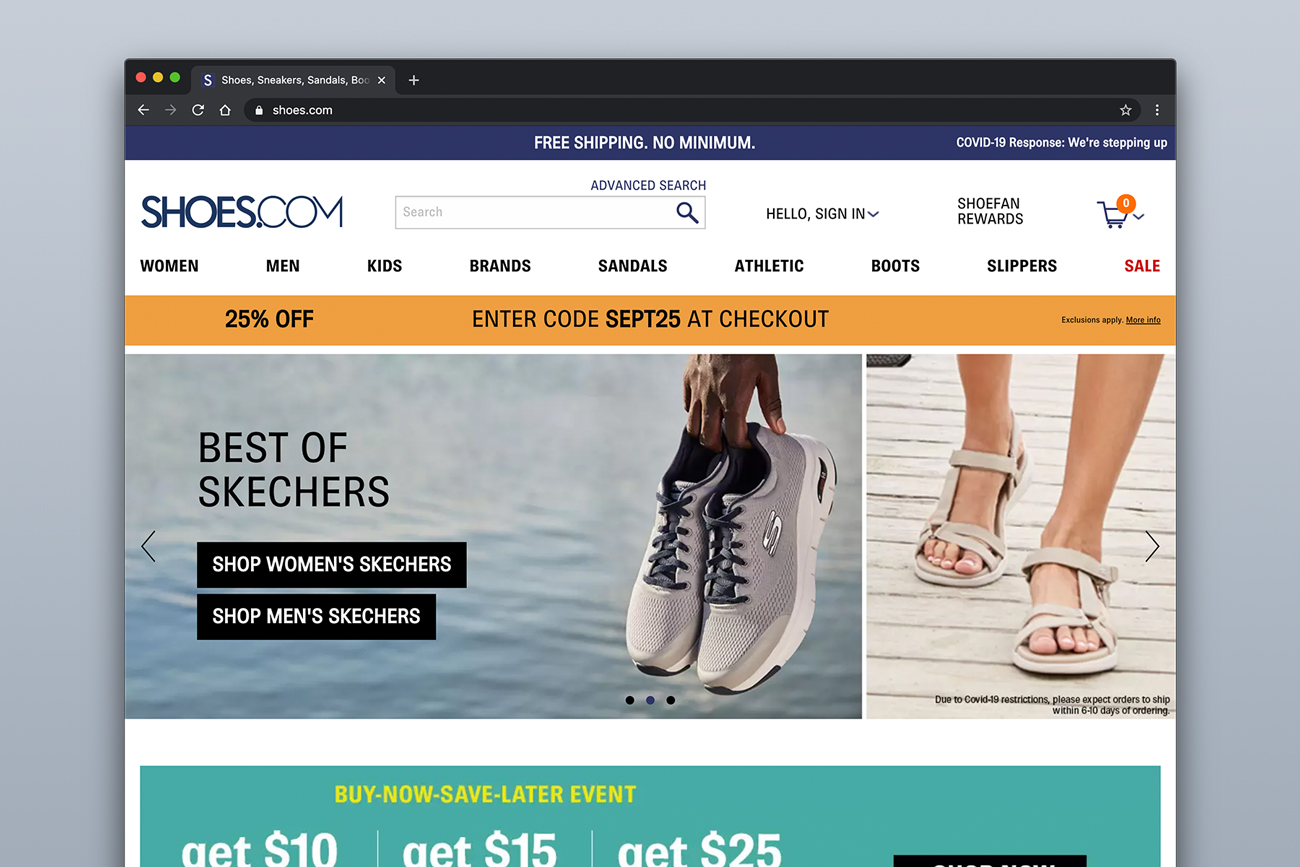 CriticalPoint Capital, the Manhattan Beach, CA-based private equity firm whose investment portfolio includes the JackRabbit specialty run chain and Maine-based Olympia Sports, has purchased Shoes.com from Walmart for an unspecified price. Speculation about CPC’s intentions for the domain name have already begun to surface, with some suggesting it will be utilized to drive online footwear consumers to JackRabbit’s site and others suggesting it might be part of a broader strategy focused on becoming a national player in the online footwear business.

The transaction marks the fourth owner for Boston-based Shoes.com in less than six years. It was known as Shoebuy.com in 2017 when then-Walmart subsidiary Jet.com purchased the digital property for a reported $70 million after its operator closed down in early 2017. At about the same time, according to reports, Walmart paid approximately $9 million for Shoes.com intellectual property. The former Brown Shoe Co., now known as Caleres, divested the business in 2014.