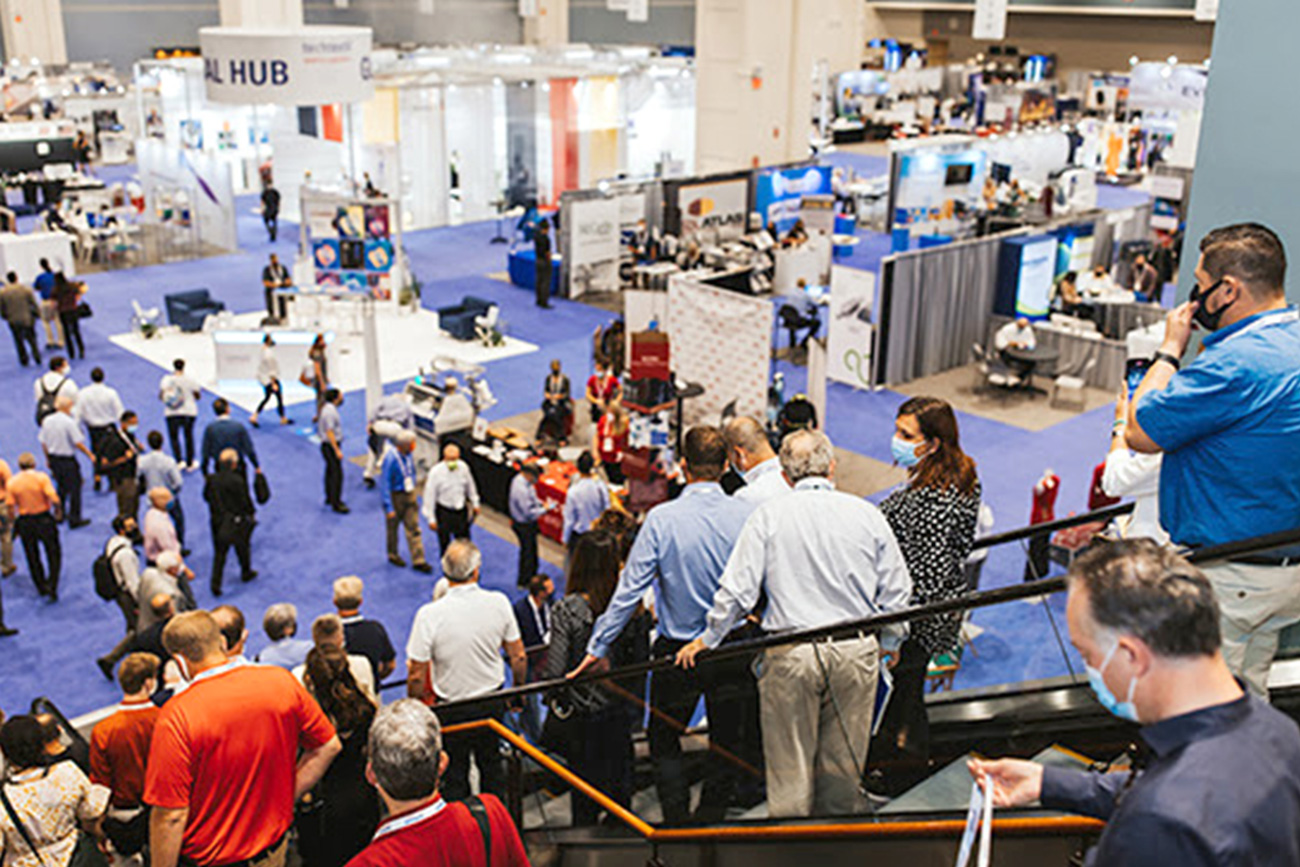 Opening day on the show floor in the Raleigh Convention Center.

After 18 months of life being anything but business as usual, attendees at Techtextil NA in Raleigh last week expressed being happy to be back on the trade show circuit, reconnecting with industry friends and making new business contacts. While everyone had hoped the pandemic would have been behind us by late August, that was not to be as COVID cases nationwide were on the rise during the week of the trade show due to the Delta variant, triggering a mask mandate in effect at the trade fair. Show organizers did a very good job enforcing safety protocols with the majority in attendance complying with mask wearing and sanitizing. Show organizers also had to contend with worries about hurricane Henri heading up the Northeast coast days prior to the Show. A few exhibitors did end up cancelling at the last minute. Worries about travel and COVID made for a smaller, and quieter fair compared to previous events. Nonetheless, the vibe at the Raleigh Convention Center last week was upbeat with vendors generally pleased by the traffic flow in the aisles.

“It’s busier than expected,” said BastCore CEO Coleman Beale. “Some people are coming by the booth because they are specifically looking for information on hemp while others, who didn’t have hemp on their agenda, are interested in learning more about what we’re doing.”

“It’s been crazy busy at the booth with people lined up first thing in the morning,” said Marni Van Meter, a rep with Tidal Vision.

Lita Johns, senior product development specialist with Airadigm said, “Techtextil has done a good job with safety and the show is not so crowded which feels okay.”

Casey Strauch with Hohenstein described what many were feeling at the show when she explained, “It's awkward and nice at the same time,” referring to whether to shake hands, fist bump or just say hi to people. She added, “I’m out of practice packing for going to a show. But it’s fun to be here.”

Up next for Techtextil North America is “Integrating Technology” in Atlanta, GA May 17-19, 2022. (Texprocess Americas will co-locate with TTNA in Atlanta.)