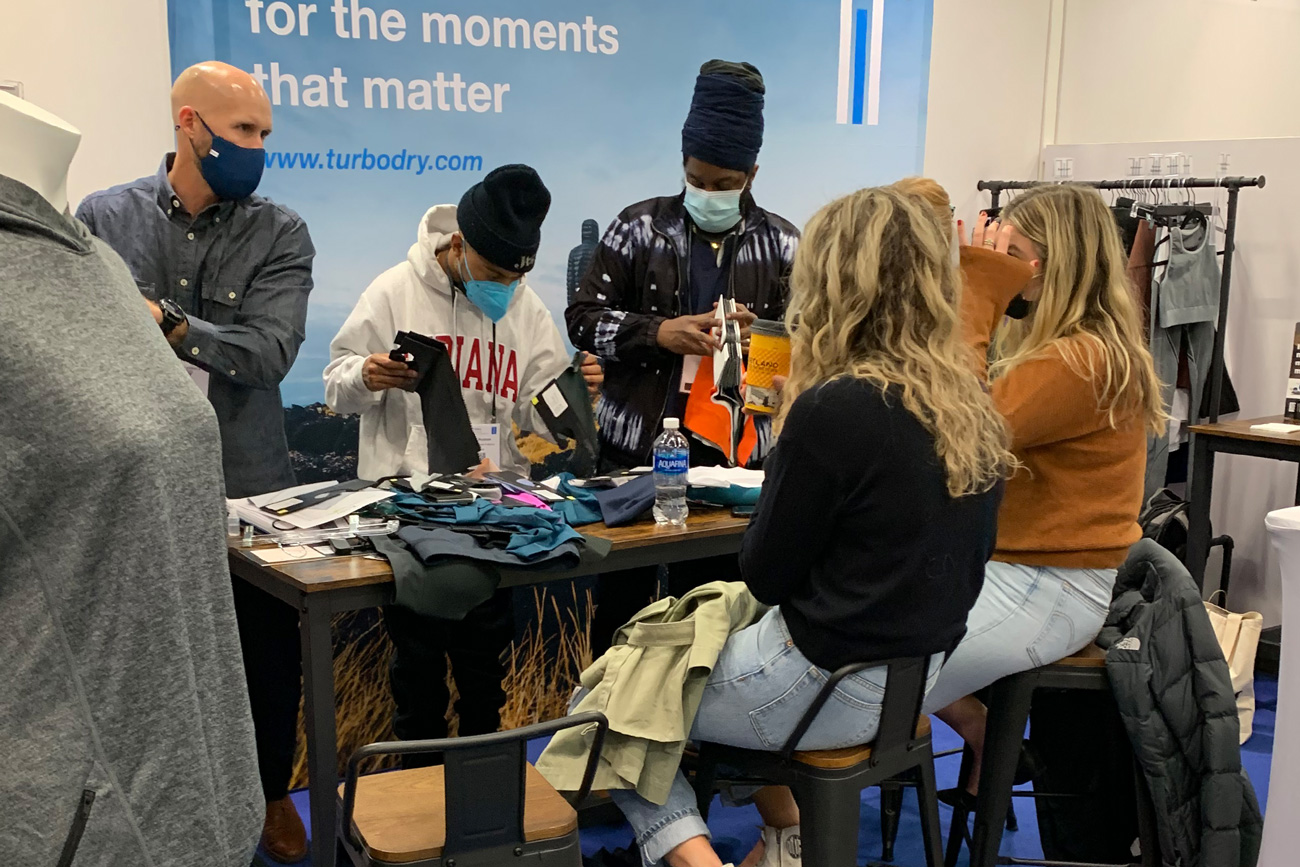 Suppliers were busy during the 2-day Fair.

The Scene: We Gather Together 2021-Style

The Scene: We Gather Together 2021-Style

Right out of the gate the prevailing attitude in Portland was let’s get down to business. Booths were busy as attendees and exhibitors alike made the most of being in-person under one roof for two days to see and touch the latest fabrications previewing at the Functional Fabric Fair 2021, held last week at the Oregon Convention Center. Karen Fultz-Robinson, founder of Tampa-based activewear company ObservaMe, was almost giddy when she stated, “We flew across the country because we really want to feel fabric and find new resources.”

It was an upbeat crowd, with 60+ suppliers exhibiting and steady flow of attendee traffic, especially on Day 1. “This show is right on point,” said Martin Flora, VP business development, Green Theme Technologies (GTT), adding, “Conversations dig a little deeper, and the show is not too big.” Chad Kelly, president, eVent fabrics, explained, “We’ve had quality meetings. People are positive and engaged.” Jennifer Lukowiak, director, supply chain marketing, at Cotton Incorporated, noted, “People stopping by the booth are looking at a variety of things — from new technologies to innovative blended product.”

Many attendees at the Functional Fabric Fair, powered by Performance Days, were Northwest-based, however, suppliers were pleased that brands, designers and material developers from Houston, San Diego, New York, areas of the Midwest and Canada were also roaming the aisles during the November 17-18th event. The North Face, Arc’teryx, Free People, Columbia Sportswear, Backcountry and Hoka were all on the scene.

Originally slated for October, show organizers Reed Exhibitions pushed the date to mid-November to accommodate international travel. Continued Covid concerns required that masks be worn throughout the convention hall, and a few of the FFF educational sessions, including one keynote address, was presented virtually. These things were taken in stride, and did not deter from a cheerful, optimistic vibe at the show and an atmosphere of productivity where placing orders ruled the day.

The Trends: Closing the Loop with Responsible Performance