A New Frontier for Functionality Emerges Focused on Health & Protection

A New Frontier for Functionality Emerges Focused on Health & Protection 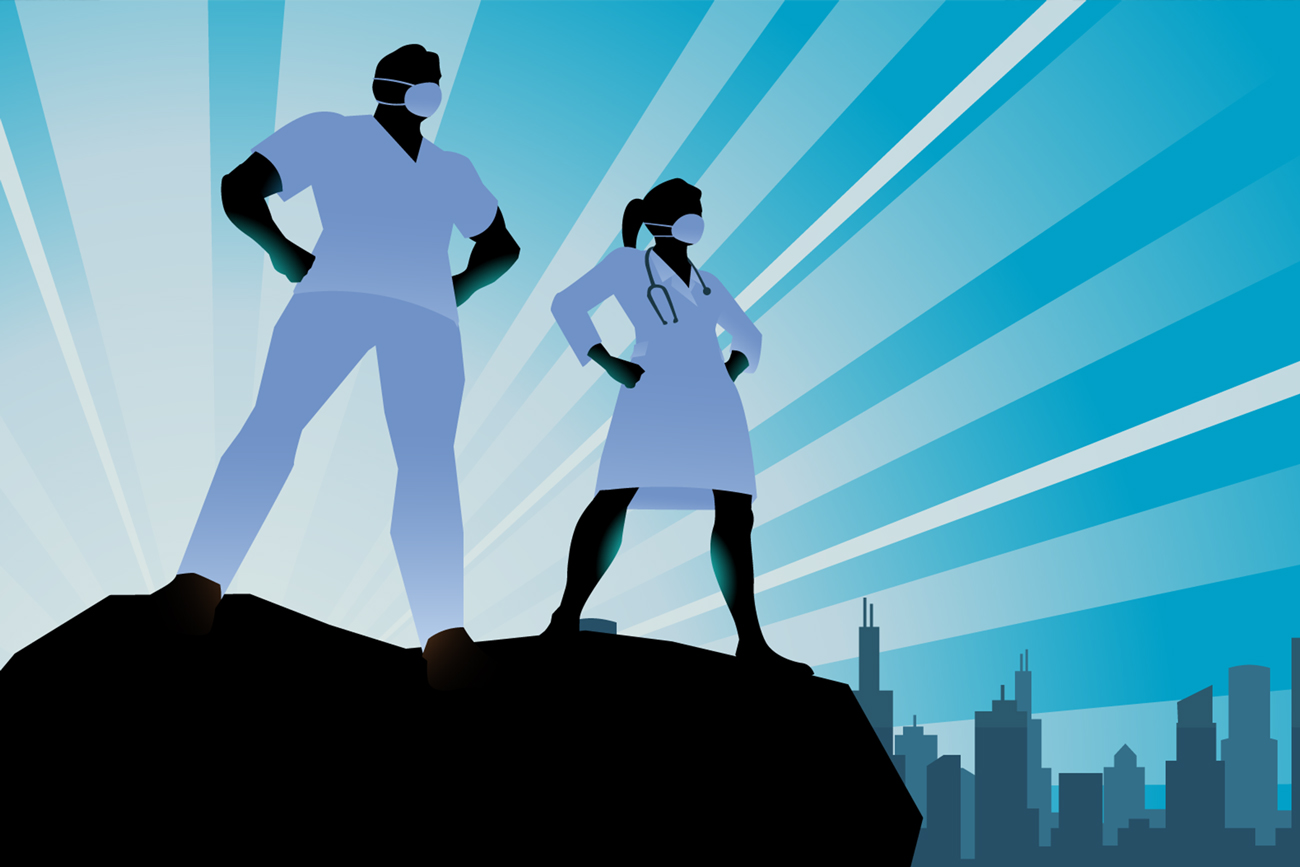 Industry and consumers alike have responded to the impact of the coronavirus pandemic by shifting to a new normal that requires face masks and routine safety measures. This change, so fast paced and unexpected, has intensified thinking about the future of textiles engineered for protection and wellbeing.

The latest technologies exemplify this performance pivot. New developments are focused on re-defining the role of functional fibers and fabrics beyond enhanced comfort and fitness-related benefits to supplying critical amenities, whether that is fighting the COVID-19 virus or delivering medicine.

“We are at a tipping point now when we talk about functional fabrics,” said Carlo Centonze, Group CEO, of the Swiss company HeiQ, which made news earlier this spring with the introduction of a new antiviral, antimicrobial textile technology.

Advanced Functional Fabrics of America (AFFOA) president, Alexander Stolyarov, believes fiber innovation is the next frontier. “We need to think of fibers as high-tech products and fabric as service providing entities,” said Stolyarov in his keynote during the Smart Fabrics Summit, held virtually last month.

HeiQ’s Viroblock NPJO3 antiviral and antimicrobial textile treatment has shown during face mask testing to be effective against human coronavirus. The treatment — a combination of vesicle and silver technologies designed to inhibit the growth and persistence of bacteria and viruses — reduces the infectiveness of the virus more than 99.99 percent. It is tested to last at least 30 washes.

“Our responsibility is to access this technology for the better for all as quick as we can and unite together to fight against this virus.”— Carlo Centonze, Group CEO, HeiQ

(In very simplified layman’s terms, Viroblock’s main components, silver and liposomes (fatty particles) work together to form a synergistic effect that de-activates the virus in a matter of minutes.)

HeiQ was fast to react to the pandemic. Team members stationed in China alerted Zurich execs early on about the severity of the virus. Management was able to bring proof of concept, scale up and launch to Viroblock NP J03 in just two months. (Developed previously, Viroblock had been “shelved,” at that time when the marketplace was moving away from anti-bacterial to focus on odor control tech.)

Centonze explains, “We were able to accelerate to meet demand for large usage of masks with a very sustainable, effective and fast technology we had created years ago.”

“We condensed a six to nine months, or up to a year long process, into a matter of weeks,” explained Mike Smith, CEO, HeiQ ChemTex, a U.S. subsidiary with offices and manufacturing sites in Georgia and North Carolina. The two companies merged in 2016 to produce HeiQ’s high demand textile chemicals domestically to serve local brands such as Hanes and Kayser-Roth.

“We are shipping now to places we’ve never shipped before by air and by sea back and forth creating huge challenges,” said Smith. “Try to get 20-30 tons on an airplane to fly and you’ll have issues. We face these problems when we develop a new product, but in this case, we didn’t have time. Instead of making a gallon the first batch, we made five tons.”

The company has been utilizing its full capacity of 145 tons per day in its four manufacturing sites on three continents. (HeiQ has production facilities in in Switzerland and Australia, in addition to the two big plants in the U.S.)

“Our responsibility is to access to this technology for the better for all as quick as we can and unite together to fight against this virus,” said Centonze.

“We believe there is this new shift in a generation of fabrics that not only tell something about yourself – calculating steps, calories, heart rate –but that will also solve health and wellness outcomes,” stated Jordan Schindler, founder and CEO of the company NUFABRX, maker of yarns with built-in therapeutics.

Schindler explains, “Instead of using a cream or a patch for pain relief, why not just get dressed in the morning? Or, what if your father or grandfather has to take medication daily and all he had to do was put on his socks?” According to Schindler, these types of questions gave shape to the concept of healthwear as a new category of textiles for clothing that is the basis of Nufabrx innovation.

“What if you could take this huge health/wellness category and offer it as a benefit to the whole textile category?” — Jordan Schindler, CEO Nufabrx

Eight years in development, jointly with the Department of Defense, scientists and the AAFOA, Nufabrx products deliver a controlled dose of medication (vitamins, supplements, pain relievers) via clothing. Kentwool has partnered with the company to produce a wool sock with a 10 percent blend of Nufabrx pain relief yarn.

According to Schindler, the base yarn, a polyester or nylon, is plaited inside a garment, and strategically mapped to be most effective. For instance, placed at the ankle within a sock construction, or at the elbow of an arm sleeve.

This “drug delivery system” is engineered to control both the release rate and dosage.  Nufabrx has recently rolled out a Walmart product that features the Capsaisin pain relief medicine.

The fabric feels “normal” said Schindler. “It is soft and comfortable and washable like any garment.” The pain release medicine does not impact the aesthetic so there is no odor or stickiness that would be associated with a cream for example. Nufabrx is produced in the U.S. with a secured supply chain.

“What if you could take this huge health/wellness category and offer it as a benefit to the whole textile category,” said Schindler. “That’s what we strive to do. That’s where we think the future is headed. Consumers demand more, why not high-performance health delivered directly through a garment.”

Textiles on the Trail