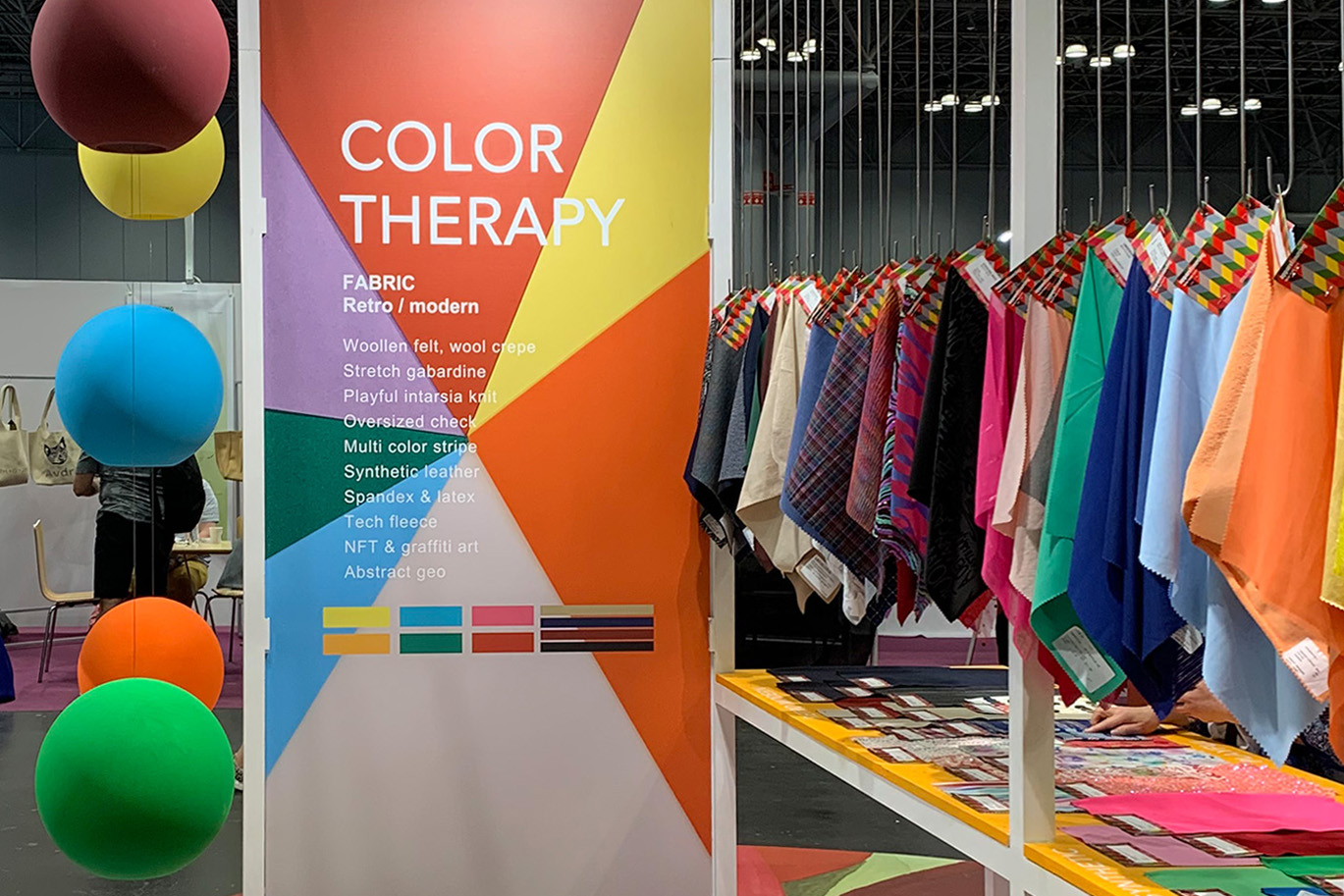 Texworld’s Summer 2022 Edition sported a refresh. Now the exhibit hall is brighter, more open and easier to maneuver than in the past with Textile Talks happening live on the Show floor rather than closed off in seminar rooms and a colorful and captivating Trend Showcase was a definite attention-grabber. Also noteworthy is a new collaboration with Material Exchange, a digital footwear platform, expanding Texworld’s reach into the shoe sector.

Color Therapy, described as “joyful mid-tones and sporting brights, merging with classic darks,” captured the mood of this summer’s trade show season: an upbeat vibe influenced by fun face-to-face interaction mixed with an undertone of uncertainty due to economic and social situations impacting the world at large.

Texworld has gained a devout attendee following based on the show’s solid Educational series.

A Textile Talk titled, “Smart Design, Mindfully Made and Sustainable Product Innovations in Home Textiles,” drew a nice-sized audience. Moderated by Lenzing senior business development manager, Walter Bridgham, panelists were clear that the home market lags in sustainability compared to faster moving textile sectors. In the Home textile business, recycling is a big focus right now, and for consumers of home textiles terms like “clean” and “less waste” resonate, according to panelist Jennifer Marks, editor-in-chief, Home Textiles Today. However, Marks noted change is happening: A new Bio Essentials memory foam mattress from manufacturer Sinomax comes with a package of seeds that can be planted in the box the product was shipped in which then can be used as a planter or incorporated in a garden.

A Textile Talk on “Circular Re-thinking” garnered an even bigger audience. Panelists shared how textile-to-textile recycling can make huge strides towards circularity within the textile industry. Current industry stats estimate that less than one percent of post-consumer textiles are recycled. The non-profit, Accelerating Circularity, is bringing industry into the fold with a collaborative approach to advance recycling efforts for positive change. Accelerating Circularity is now running U.S. trials to test the ability of circular textile-to-textile systems to work, according to Sarah Coulter, project fellow for the organization.