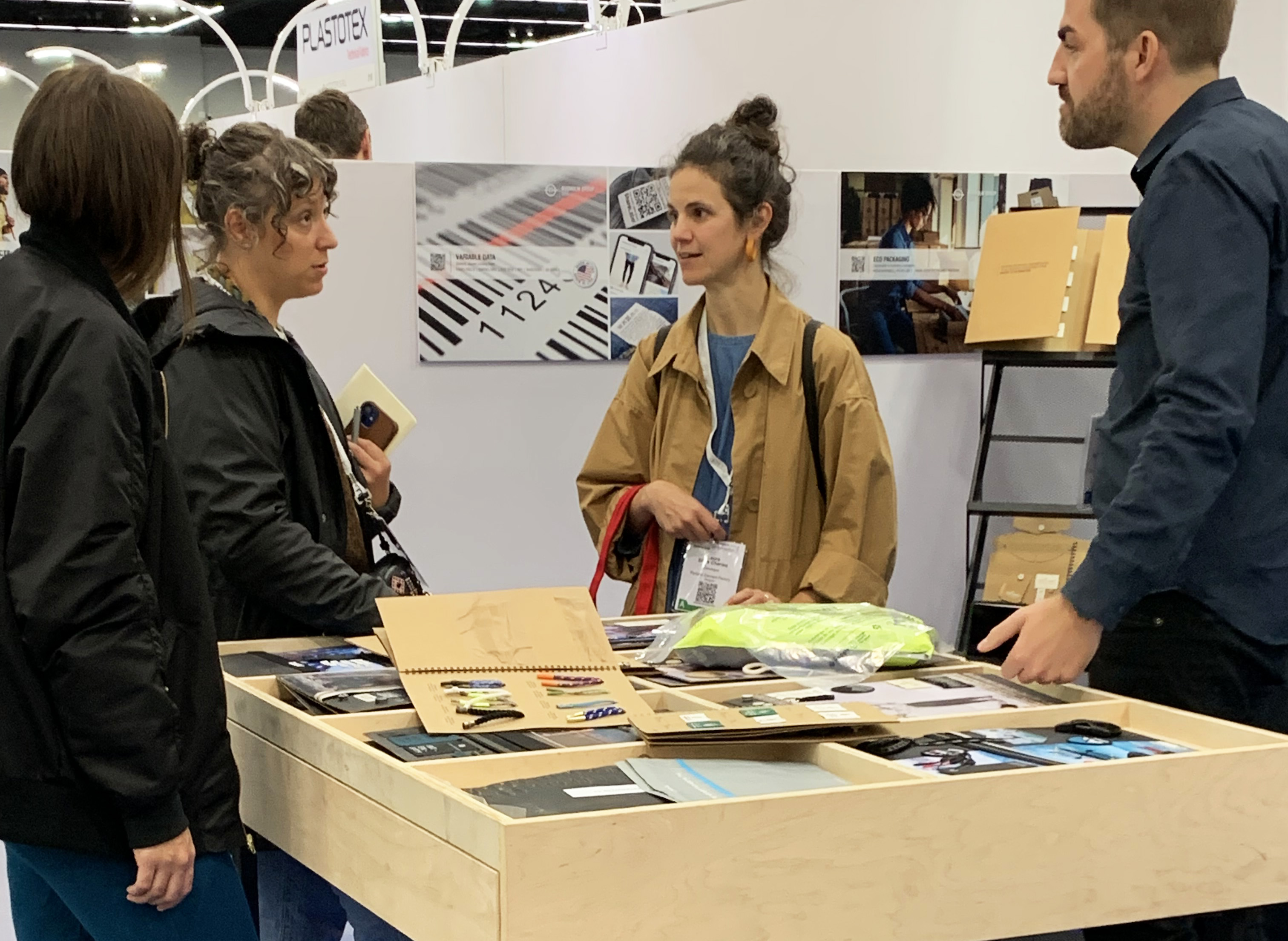 Bigger in size and broader in scope, the recent Functional Fabric Fair, held at the Oregon Convention Center in Portland on October 26-27, gained ground with textile execs evaluating trade show calendars for 2023 and beyond. The Fall ‘22 show doubled in size to two halls and 185 exhibitors and a new area emerged for Footwear. The Spotlight on Innovation archives display, presented by Utah State University, proved popular with a steady stream of aisle traffic.

Industry players interviewed at the Show often used the same one-word response – “focus” – when asked about the appeal of the Functional Fabric Fair. Execs said they liked that there was more focus on product and less on marketing, and that the Fair featured a more focused approach overall in terms of product selection exhibited and displayed compared to other trade events. Quality conversation with attendees was also universally cited as a plus. Further, execs expressed the belief that smaller, more curated industry gatherings sync better with our post-pandemic business landscape.

No matter where and when suppliers decide to exhibit, textile execs remain steadfast in the relevance of trade shows. Cindy McNaull of Cordura explained, “It’s clear that the trade show world has changed and nowadays we use a fusion of digital and virtual tools, balanced with purposeful face-to-face interactions to meet our customer’s needs. The creative energy and inspiration you experience at trade shows provides a powerful collaboration environment. But being mindful of combining the best aspects of trade shows and digitalization is where we find the right balance.”

Others, too, commented on the need to “find the right balance” to make the trade show experience worth the investment. Indeed, ROI is a top concern, in all matters of business, not just trade shows, said execs, especially in today’s economy.

The foot traffic at Functional Fabric Fair was steady, but spotty at times with some aisles and booths significantly busier than others. But in general, vendors' expectations were satisfied. “This was our first time at Functional Fabric Fair and we love the face-to-face and meeting new people,” said Amy Bircher, CEO and founder, MMI Textiles, who added, “There’s good brand-awareness building here.”

Global Merino was also a Functional Fabric Fair first timer. Company president Jose Fernandez remarked on the show’s focused approach as a positive feature saying, “The ‘right’ show is still relevant, but being focused for our category is helpful.”

Draper Knitting president Kristin Draper commented, “People are here for a reason. Foot traffic was less than anticipated but the quality was high. I liked that the size of the booths are similar, leveling the playing field and it’s not about marketing and hype.” Draper also mentioned getting some offbeat, interesting requests. “We were asked if we make water survival suits! I love that kind of question.”

David Karstad, VP marketing/creative director, Polartec, noted that they were booked 9am to 5pm both days. “We brought more people to work the booth this time and were still busy,” said Karstad.  McNaull said Cordura had a similar situation with appointments back-to-back on both days of the 2-day show.

Many execs are grappling with the question of whether to attend, or not to attend Outdoor Retailer in Salt Lake City this January. Mauro Sellitto, president Suedwolle Group North America, said the company will not be exhibiting at OR: “Why go to Salt Lake if there’s no Patagonia, no SmartWool, no Icebreaker?”  Cordura also will not be exhibiting at OR. “This is the first time we won’t have a booth, but we will walk it,” said McNaull. Fernandez said Global Merino might “pop in” but not exhibit at the Salt Lake City show.

Better Fabrics Better for the Planet Define Season Ahead