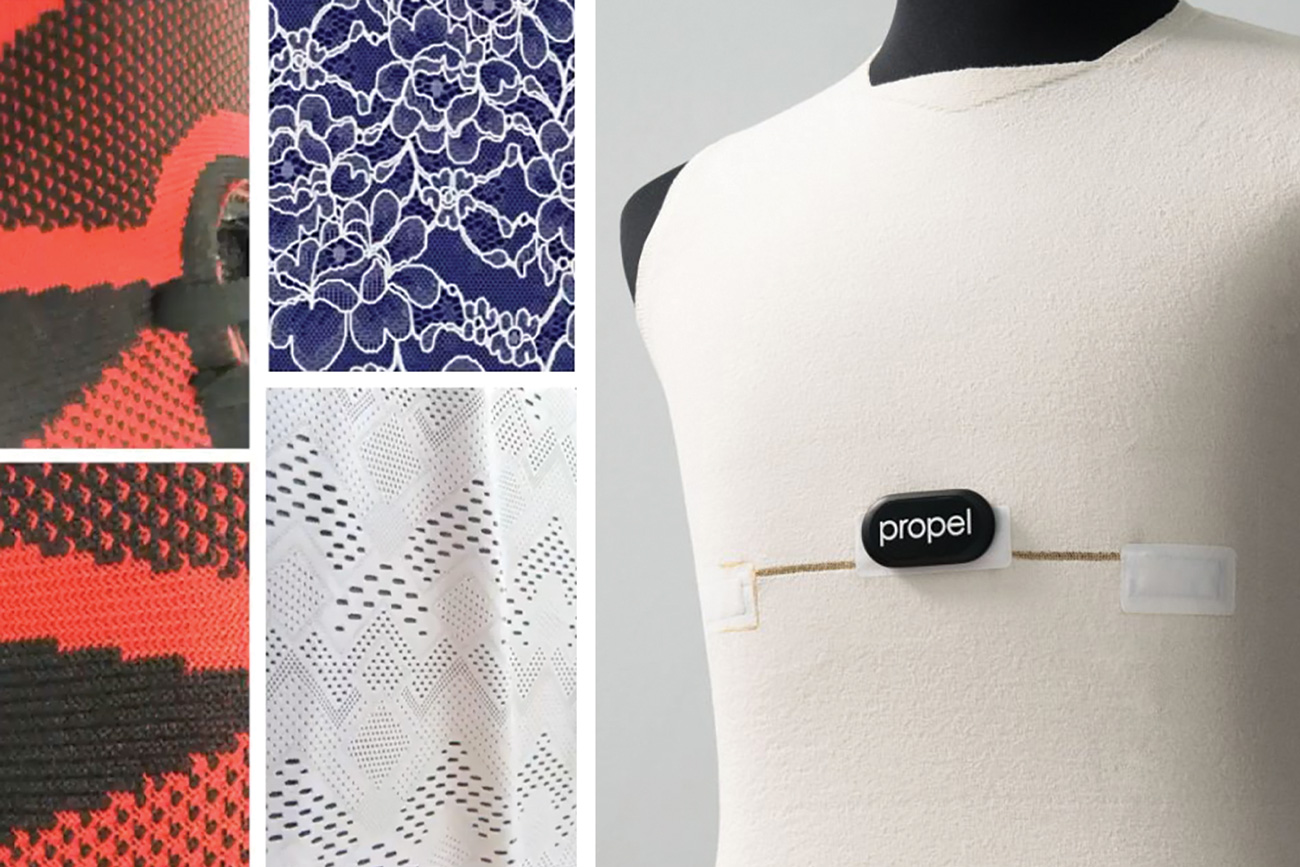 After 20 Years of Hype, Why the Hold Up with e-Textiles Development?

After 20 Years of Hype, Why the Hold Up with e-Textiles Development?

In the early days of smart textiles the expectation was that by now we’d all be wearing connected garments as part of our lifestyle wardrobe. One could pick up the latest smart shirt at the local Walmart and it would be no big deal. Suffice to say smart textiles have not achieved the level of mainstream acceptance that was hyped when e-textiles were introduced to the fashion/ready-to-wear markets in the mid-1990s and wearable technology was viewed as the next best thing in apparel.

That’s not to say the category has languished. Advancements have occurred to improve functionalities and provide enhanced solutions for tracking data and providing power directly through clothing. Yet here we are, 20 years after the “smart” concept came onto the scene, and do you know anyone outfitted in e-textiles?

While the future may still point to smart textiles, execs on the front lines of development are starting to believe that garments may not be the best end-use scenario. Another realization coming to the fore is a lack of motivation to transition from research to full-rate manufacturing.

Clare King has been in the thick of smart textile technology innovation as founder of the Rhode-Island based company Propel, LLC. A few years ago, when the Navy inquired about “why smart textiles do not exist,” King and her team got to work. In November 2020, the company was given the first place IFF Innovation Award from the Industrial Fabrics Foundation (IFF) for its Propel LLC Smart Integrated Shirt project. The Navy project resulted in three patent pending innovations to monitor the physiology of the wearer in a garment featuring Propel’s proprietary electrically enabled yarn that looks, feels and behaves like a traditional yarn, but has the conductive elements needed for transmitting data and power.

“Reduction of production steps of the different technologies would lower the cost and provide a way forward.”– Tony Hooimeijer, president, Karl Mayer NA

‍We recently asked King the same question the Navy put forth in 2017.  In terms of the big picture, King says that a lot more R&D is involved than originally anticipated, and having electrical engineers on one side of R&D and textile engineers on the other side the R&D fence further complicates the situation. “It’s two different worlds, each with its own form of training,” explains King, who added that while textiles may appear “easy” to electrical engineers, the reality is that textiles are complex.

Another obstacle is that research has been largely bound up in the academic world. “It’s good quality research, but it is still research,” says King. As a member of the research board at the  University of Rhode Island King understands the academic process and point of view, and with it comes a certain  lack of urgency to push forward to manufacture.

Two other concerns top of mind are compelling use and funding. Says King, “Everyone talks about the killer app or the compelling use model. I don’t love the argument that we haven’t found it for smart textiles so therefore it hasn’t happened.” Indeed, consumers are these days well equipped with their phones and a variety of affordable wearables, like fitness trackers and sleep trackers, that have surged in popularity during the past decade, edging out a compelling end use for e-textiles in garments.

King suggests opportunity exists beyond apparel, in industrial applications by reimaging cable, for example, as well as in military applications to outfit the modern “connected soldier.”

The need for funding cannot be underestimated, especially to get smart textiles to completely transition to full rate manufacturing. King considers the problem: “Is it because you can’t make it to scale? Or is it because we haven’t made the investment to scale?”

The Karl Mayer company is known for cutting edge innovation. As the world’s largest manufacturer of warp knitting and flat knitting machinery (having acquired Stoll recently), with locations in 10 countries and three R&D centers globally, the company is currently working with customers on e-textile projects. For market penetration to occur barriers need to be addressed regarding price, production, and volume, according to Tony Hooimeijer, president, Karl Mayer NA, who spoke during a TechTextil symposium earlier this Spring. “We want to find production processes that are volume oriented,” says Hooimeijer.  “Reduction of production steps of the different technologies would lower the cost and provide a way forward.” He also advocates building functionality in the fabric, rather than on the fabric, making the product more like a true textile to attract higher customer acceptance.

Warp knitting is interesting for e-textiles because patterning freedom is high, with so many different things possible, says Hooimeijer, adding “Patterning allows for functionality in a very specific way.”  Fabric can be made immediately on the machines by feeding conductive yarns in the right place in the right pattern. Hooimeijer emphasizes, “We are not a textile manufacturer. We do development so technology will penetrate the market with customers introducing new things and we need to determine if our machines can align with what’s coming to market.” Factors include how flexible and thick the yarn is in order to be compatible with available machinery.

While Karl Mayer specializes in high-volume technology, small batch production is also available with use of the Stoll flat knitting machines. “Warp knit shoe uppers started on flat knitting and now are warp knitting,” comments Hooimeijer, referring to the giant strides warp knit footwear uppers have made in mainstream popularity in the past few years.

The Growth of Smart Textiles

E-Textiles:
Integration of technology and textiles.

Advances showcased in the Propel LLC Smart Integrated Shirt level up smart textile wearability, durability and commercial viability. The advanced knittable, insulated e-yarns can be placed anywhere within a textile or garment. The shirt has solder-free textile connectors that are soft and flexible for wearer comfort and user-transparency. Further, Propel’s e-textile inventions can be applied to any knit textile structure.

“We developed our own conductive, insulated knittable yarn, without sacrificing any performance. We also established the best, highest performing metallic yarns available, and developed a connection method that is waterproof, and soldar-free,” states King.

“When talking about warp knitting and e-textiles we highlight conduction yarn, but it also must be ‘normal” yarn,’” adds Hooimeijer, noting the importance of e-textile having broad accessibility and appeal.

Both execs say they see opportunity on the horizon, and believe e-textiles development is now on the cusp of the next big thing. It’s about time.

In the Loop with Performance Days