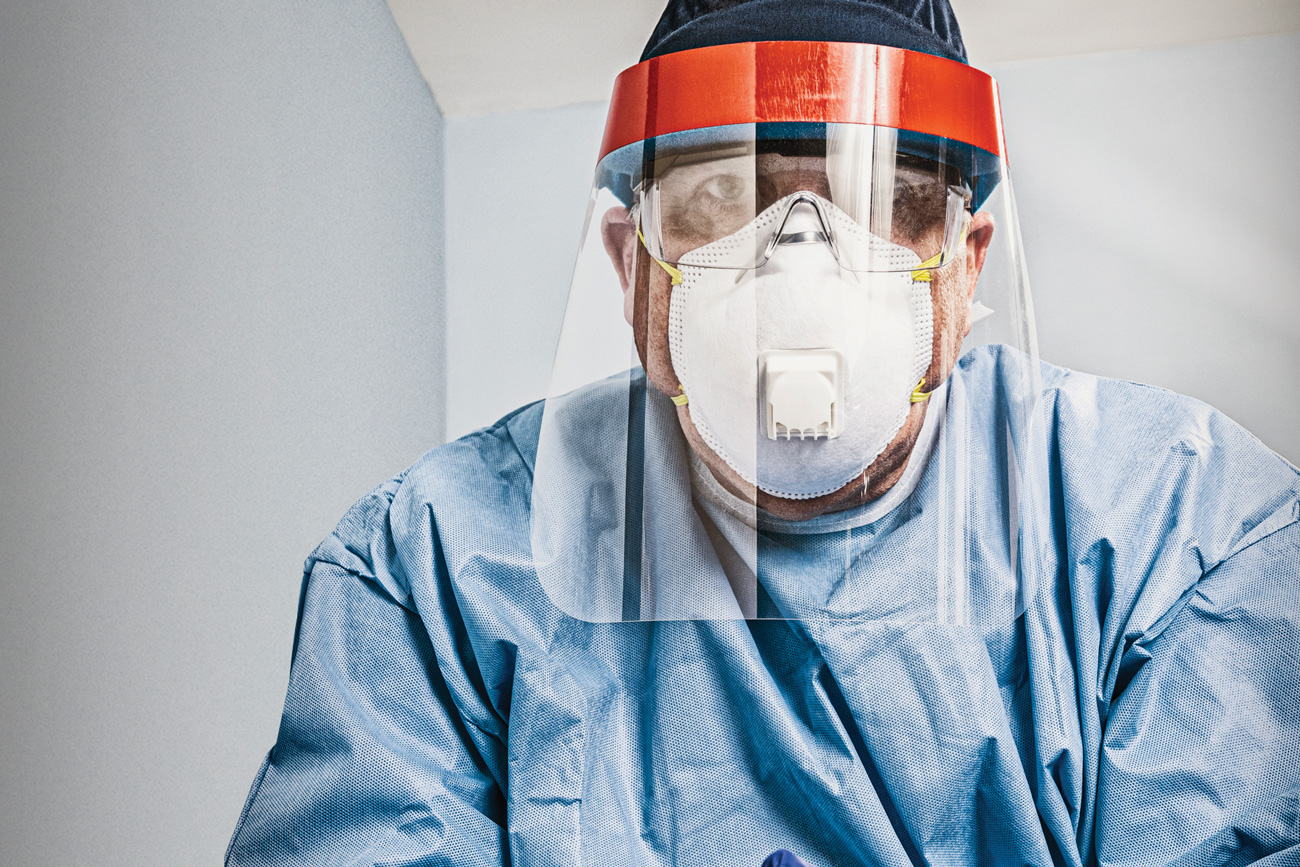 As demand shifts and subsides, what’s next for domestic make of PPE?

Made In America
Protective Masks

As demand shifts and subsides, what’s next for domestic make of PPE?

When the demand for masks and gowns was off the charts, in response to the COVID pandemic surge for personal protective equipment, the domestic textile industry mobilized. Companies invested in materials, created capacity, converted production lines and pumped out PPE like nobody’s business. Now, however, demand is declining and suppliers are left to wonder what’s next.

There are victories to cheer about, but frustration and concerns remain as textile providers seek clarity about the future. Those on the front lines say what’s needed is direct investment into the domestic supply chain by the federal government to support a robust, sustainable manufacturing base for personal protective gear over the long haul.

A big win for industry came in June with the passage in the Senate of the bipartisan U.S. Innovation and Competition ACT (USICA). Designed to make the U.S. more globally competitive against China, the bill includes an important provision to help onshore PPE. Senator Rob Portman (R-OH) and Senator Gary Peters (D-MI) led the effort, working to include the Make PPE in America Act in the bill. “This language will help onshore critical production of medical PPE by guaranteeing long term contracts for American made PPE and establishing a much needed domestic procurement requirement for federal purchase of these essential products,” stated Kim Glas, president and CEO of the National Council of Textile Organization (NCTO) when passage of the USICA was announced.

“Noble’s goal is to increase capacity. We have the know-how, but hiring is a challenge.” – Allon Cohne, chief marketing officer, Noble Biomaterials

The inclusion of three-year contracts in the Portman/Peters bill is key. Not only does this give vendors security, it also reduces the constant hustle to obtain short term contracts, allowing factories to fully focus on the tasks at hand.

However, the Medical Supplies for Pandemics Act introduced by Senators Michael Bennet (D-CO) and Thom Tillis (R-NC), added as a provision at the last minute to USICA, raised more than eyebrows. It calls for unilaterally suspending normal tariffs and penalties assessed on PPE imports for two years and as such aids China’s firm hold on the U.S. PPE market and is viewed as directly supporting Chinese manufacturers and disincentivizing American makers.

The USICA bill now goes to the House of Representatives for a vote. And the industry waits.

The Homeland Procurement Reform Act (HOPR) has been reintroduced in the House and Senate. Originally Introduced in 2018, HOPR amends the Homeland Security Act of 2002 regarding the procurement of certain items related to national security interests for Department of Homeland Security frontline operational components, (i.e., Customs and Border Protection TSA,FEMA and other listed agencies and entities). Uniforms, Footwear, Body armor, helmets, and any other critical safety item as determined appropriate by DHS. This includes the requirement that the government buy USA-made PPE.

The best case scenario is the passage of both Acts by the end of 2021. David Costello, founder and executive director of the Warrior Protection & Readiness Coalition and a long-time advocate for strengthening the domestic industrial base, was in the thick of things during COVID, communicating daily with factories trying to stay operational while abiding pandemic restrictions. Costello recalls scary moments when reports of plant closings, numbering in the hundreds, impacting everything from fighter jets to combat boots.

“Our national security is directly tied to the strength of both the defense industrial base and the PPE industrial base, as this past 18 months has clearly demonstrated. That is why working to advance the cause of U.S. manufacturing is so critical.” – David Costello, the Warrior Protection & Readiness Coalition

“It is critically important that the House and Senate move forward and support the HOPR Act, particularly in the wake of COVID and the massive effort  by domestic suppliers to step up and provide PPE with speed and scale. Our national security is directly tied to the strength of both the defense industrial base and the PPE industrial base, as this past 18 months has clearly demonstrated. That is why working to advance the cause of U.S. manufacturing is so critical,” stated Costello.

There is nothing like seeing a factory first-hand to fully understand the importance of domestic textile manufacturing. In June Jesse Salazar, deputy assistant secretary of defense for industrial policy, joined U.S. Rep. Matt Cartwright and Scranton Mayor Paige Gebhardt Cognetti on a visit to Noble Biomaterials. Appointed in February, Salazar leads the Industrial Policy team as they assess, protect, and promote the Defense Industrial Base. He advises the Under Secretary of Defense of Acquisition and Sustainment on the health of the Industrial Base to ensure robust, secure, resilient, and innovative industrial capabilities upon which the Department of Defense can rely to fulfill current and future Warfighter requirements.

The inclusion of three-year contracts in the Portman/Peters bill is key. Not only does this give vendors security, it also reduces the constant hustle to obtain short term contracts, allowing factories to fully focus on the tasks at hand.

The Noble execs noted that it was clear that Salazar realizes what it takes to outfit the military, both in terms of the supply chain and the labor constraints. “Noble’s goal is to increase capacity. We have the know-how, but hiring is a challenge,” shared Allon Cohne, chief marketing officer, of the Scranton, PA-based company.

He added that having the right partnerships is critical, a factor that helped Noble get through the last 12-18 months. “The supply chain is hindered at this time  with the backlog, but as industry comes back, supply will come back. It will right itself soon.”

The textile community believes that now is the moment to keep the foot on the gas when it comes to supporting the issue of USA-made PPE procurement. There is improvement and momentum, but it’s not going to be easy. Especially with demand shifting.

The End of Seasons