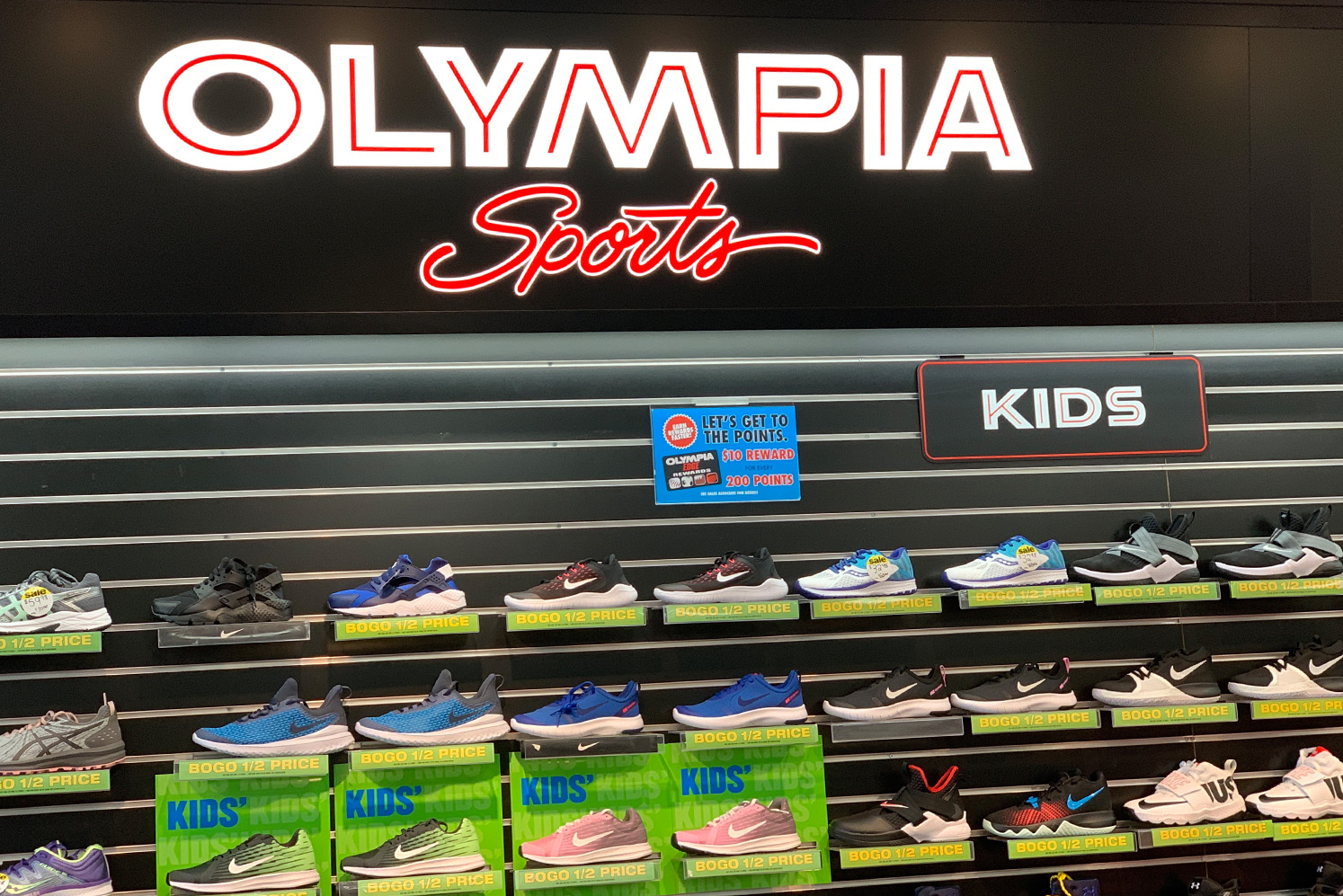 Sporting goods chain Olympia Sports, founded in 1975, announced in late July that it would liquidate and close its final 35 doors. And a recent bankruptcy filing has revealed more insight into what led to the retailer’s demise.

The once-mighty East Coast sporting goods retailer, which had more than 230 locations a decade ago, filed for Chap. 11 bankruptcy protection on Sep. 11 and is currently conducting going-out-of-business sales at its last 35 doors that should be completed by the end of the month.

The action comes three years after RSG Acquisitions acquired the intellectual property, 75 retail stores and the online business of Olympia and 18 months after an e-commerce platform was purchased but subsequently failed to deliver on promised gross sales of $400 million for Olympia and its affiliated companies at the time (Jackrabbit and Shoebuy.com). Instead, according to court documents, the ecommerce program did not work as planned with orders being duplicated, not processed and sent to incorrect recipients. Additionally, the platform caused Shoebuy.com’s average daily gross sales to drop 38 percent to approximately $224,000. Shoebuy.com’s sales never rebounded and earlier this year, RSG sold its assets and intellectual property to Designer Brands, parent of retailer DSW, and used the proceeds to pay down debt.

But Olympia Sports’ recent troubles were deeper than its inability to launch a successful e-commerce arm. The retailer, which has operated a 15,000 sq. ft. store adjacent to the NFL’s Gillette Stadium in Foxboro, MA for several years, was unable to recover from the residual effects of the Covid-19 pandemic and the seasonality of its business that relied heavily on the back-to-school and holiday seasons. While many stores were able to re-open after the initial Covid-19 outbreak in March 2020, the retailer says its customers remained hesitant to shop in store as its inventory aged and became more difficult to sell.

In FY2020, the retailer suffered an Ebitda loss of $10 million on gross revenues of approximately $50 million. A year later, gross revenues grew to $74 million as the Ebitda loss shrunk to $1.5 million. Through the first seven months of this year, Olympia reported negative Ebitda of $7.8 million on gross revenues of about $28 million. In April, the company decided to liquidate 22 doors to generate cash flow to operate in the short-term, but a liquidation and wind down plan for all stores was initiated three months later. Through the earlier closings, Olympia says it was able to recover approximately 110 percent of the cost of goods sold.