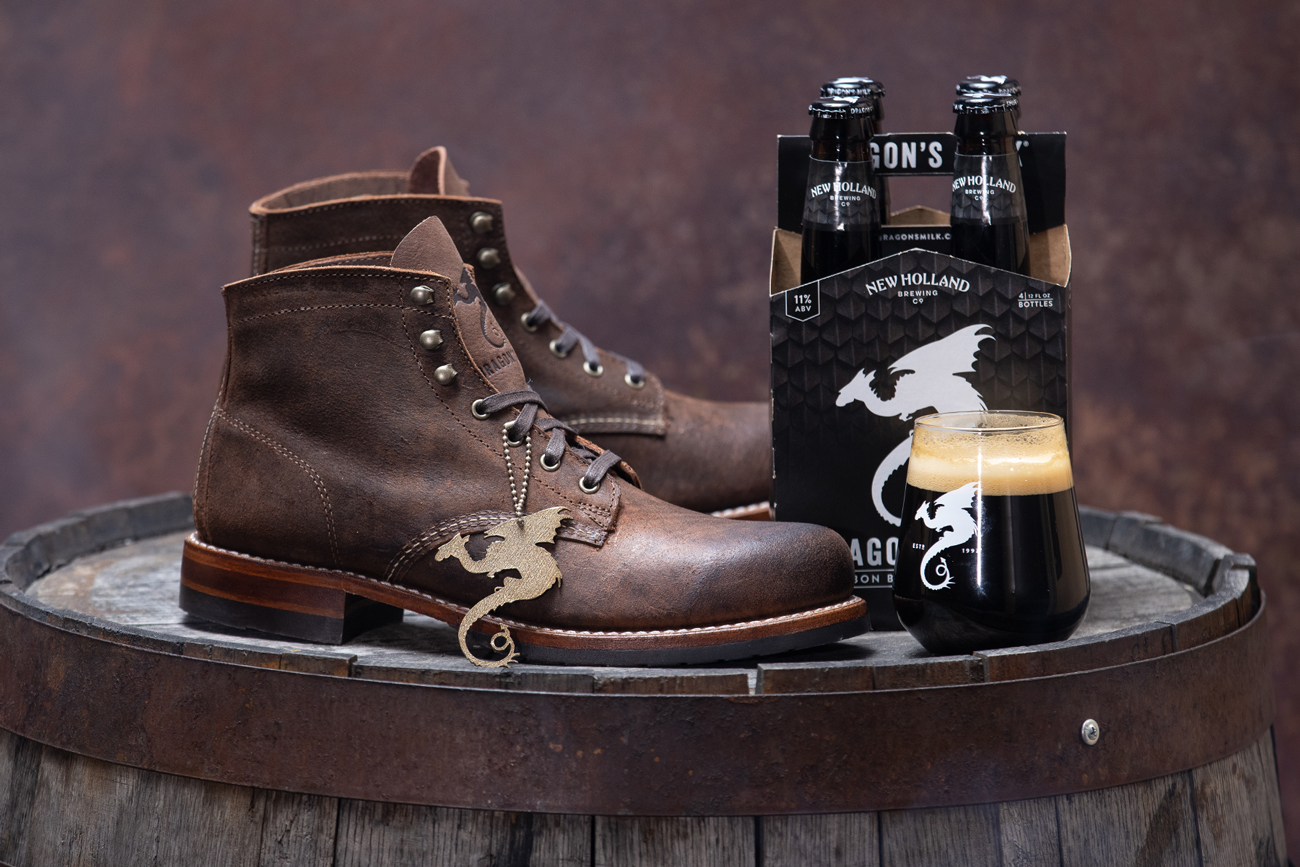 Wolverine is teaming with a fellow Michigan company on its latest collab, The Dragon’s Milk x Wolverine 1000 Mile boot. The boot celebrates Dragon’s Milk’s 20th anniversary; New Holland Brewing Co is the maker of Dragon’s Milk, an American-made stout. The limited-edition style  features suede with a texture mimicking the oak bourbon barrels that Dragon’s Milk is aged in. It also has bronze hardware detailing that is a reflection of the hardware used on the brewery machinery. An embossed Dragon’s Milk logo is featured on the tongue. Wolverine will be contributing 10% of all sales of this limited-edition collaboration to the USBG Foundation’s Bartender Emergency Assistance Program (BEAP). The $400 boot’s release date is April 6.

Former Reef exec John Eades is returning to the brand to lead product development. Eades, who was hired by Reef’s founders as design manager in 2003, left the company in 2009, later launching his own brand, Vere Sandal Company. There, Eades and his business partner built a U.S. factory from scratch to make premium, sustainable sandals. Eades’ experience also includes leading the footwear product team at Roxy.

‍NPD Group honored a group of companies last week with its first ever Outdoor Sports Industry Performance Awards, including Hoka One One, which won the award in the outdoor footwear category. The awards acknowledge the fastest-growing brands of 2020 across the major outdoor categories in the U.S. including snow sports equipment, according to NPD’s Retail Tracking Service. The winners were: Gregory (accessories), Buff (apparel), Hoka One One (footwear), Dometic (equipment accessories), Nemo (camping), Bote Paddle Boards (water sports) and Thule (snow equipment).