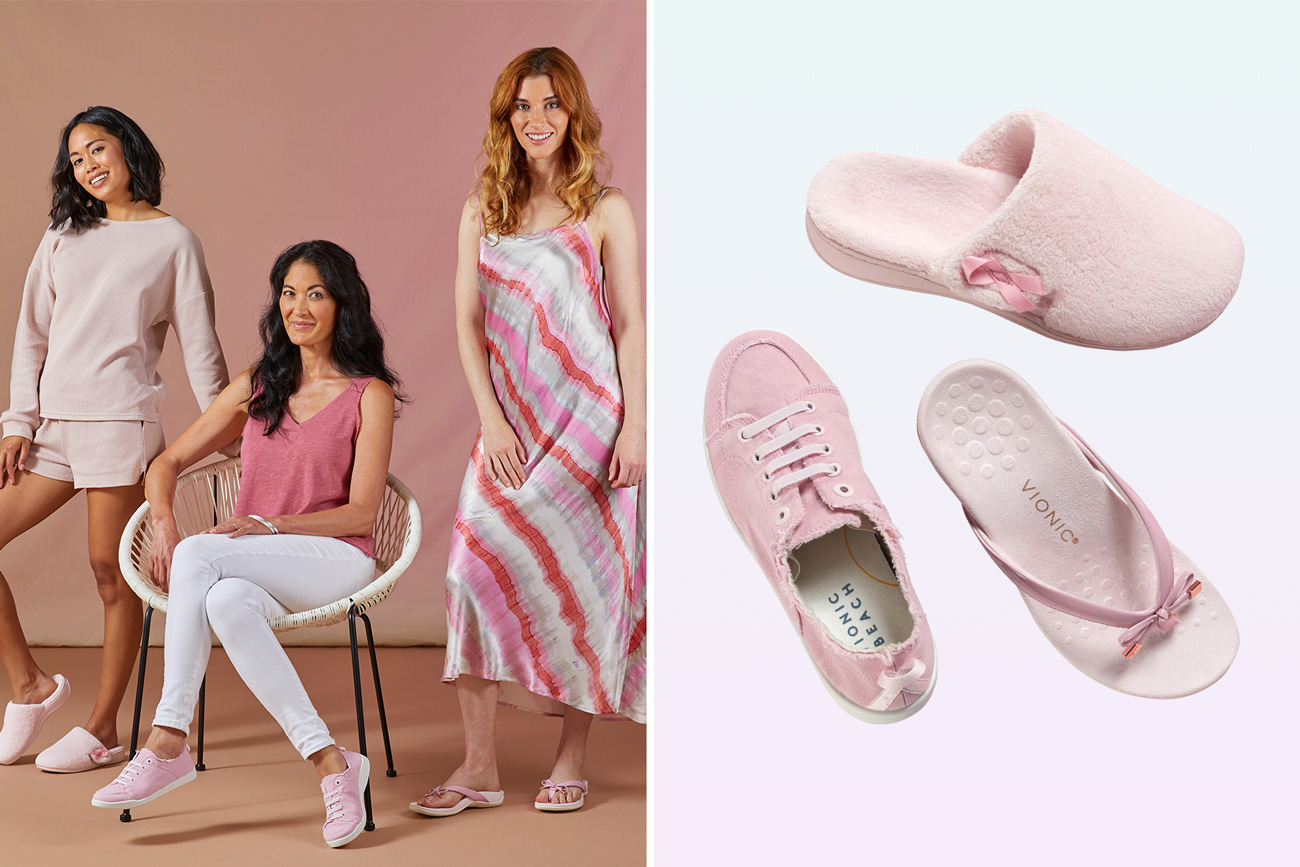 Vionic will be donating 100% of proceeds from three different awareness-themed silhouettes to the Breast Cancer Research Foundation (BCRF) this month, which is Breast Cancer Awareness Month. Money raised will support BCRF’s mission to prevent and cure breast cancer by advancing the world’s most promising research. The limited-edition line of Vionic best-sellers features pink versions of its Gemma slipper, a supportive slipper that has been featured as one of Oprah's Favorite Things; Pismo sneaker, an eco-friendly, vegan certified, and machine washable sneaker; and the supportive Bella sandal.

‍Rares, a social investing platform and an alternative asset marketplace for sneakers, has raised $4 million in a seed funding round led by MaC Venture Capital. The new investment round was supported by Cake Ventures, Portfolia Rising America Funds I and II, and Evolution VC, with both W Fund and Gaingels participating after their Pre-Seed investments. Since its launch in April, Rares has merged the highly sought-after sneaker market with traditional investing to create a platform where users can buy and sell shares of the highest-valued sneakers. The first major acquisition before the seed funding round was $1.8 million for the Air Yeezy prototype.

‍H&M has won its “Striped Apparel” legal battle with Adidas. Nearly nine months after the Hague Court of Appeal held that the retailer did not infringe on Adidas’ three-stripe logo with its two-stripe apparel, the Dutch Supreme Court has dismissed Adi’s appeal of that decision. Since 1997, Adidas has argued that defendants H&M, Marca Moda, C&A and Vendux infringed on its trademark registrations and their use of stripes on clothing was likely to confuse consumers. The defendants, meanwhile, suggested their use of stripes was decorative, and thus protected against infringement liability.

Something to Quack About: Footwear from Canada Goose