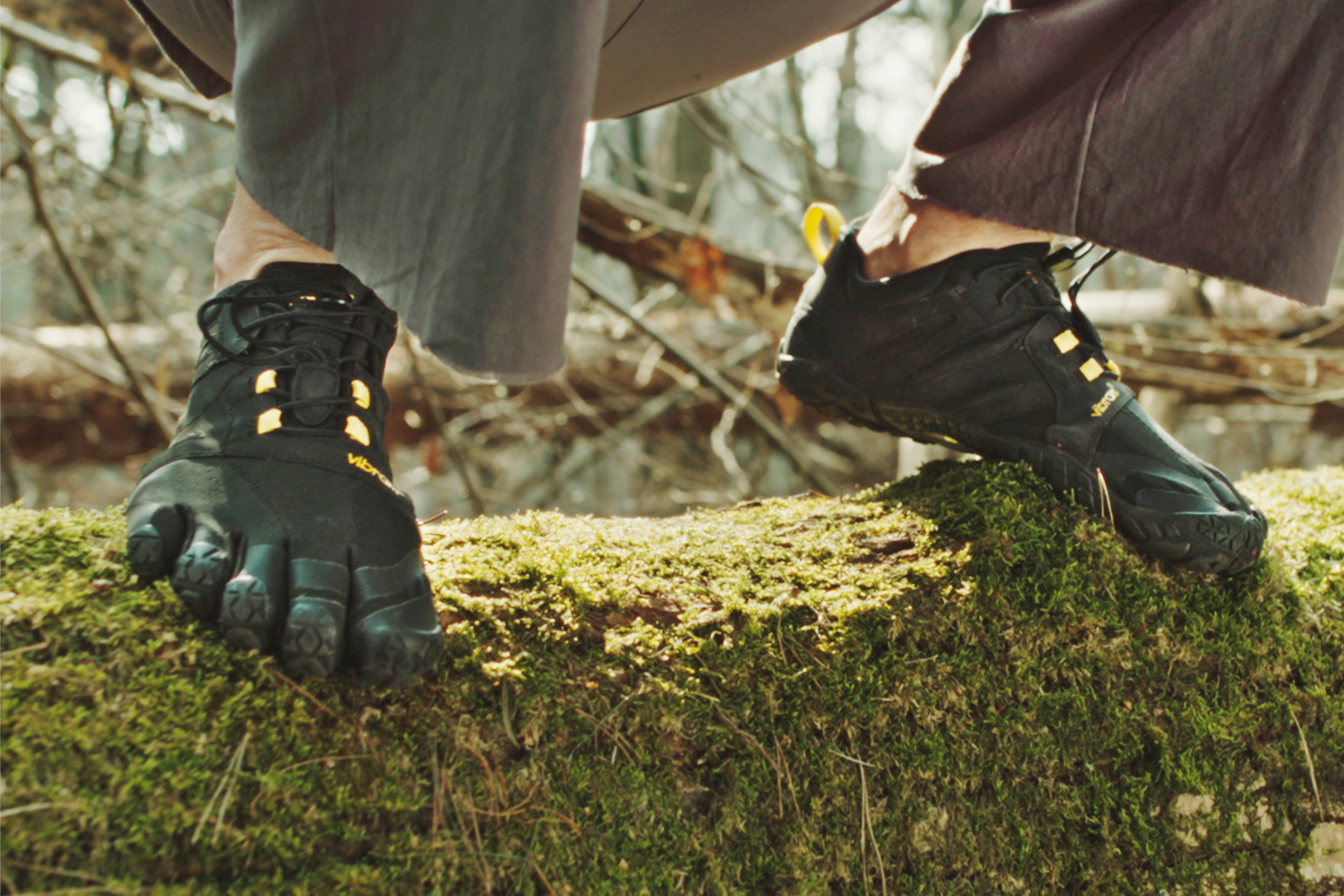 Vibram is aiming to “reignite” its FiveFingers category with the launch of a new digital campaign called “Move Freely.” The campaign is launching globally, and includes a film clip intended to “take the viewer on a cinematic and suspenseful journey of historical discovery.” The film narrates the connection between the human foot and the natural environment through the minimalist sole technology and natural toe spread of Vibram FiveFingers, showing the infinite possibilities to “Move Freely.” Vibram FiveFingers initially launched in 2006, surging in popularity during the “barefoot” running movement. FiveFinger styles are available from Vibram currently across a range of activities, including fitness, running, trail running, water sports, everyday use, and training.

The Footwear Distributors & Retailers of America (FDRA) is urging the U.S. administration to eliminate tariffs in order to lower the prices of children’s shoes. In a May 12 letter addressed to President Biden, Matt Priest, FDRA President and CEO, wrote: “Prices on children’s shoes keep increasing, overwhelmingly due to 301 tariffs. We are at the point where families are facing generationally high cost increases on their kids’ shoes in addition to other household items. Monetary policy is not going to lower the cost of children’s footwear. Eliminating 301 tariffs is the clear solution for directly lowering price spikes on kids’ shoes that are hitting American families right now. It does not take any public policy reviews to know this elementary fact. We strongly encourage your Administration to ensure that policy initiatives being considered do not further increase inflation. Instead, your Administration should look for meaningful ways to reduce the burden on Americans. Lowering tariffs provides an effective and targeted tool to provide much-needed savings for U.S. consumers. To this end, we urge you to immediately eliminate 301 tariffs on kids’ shoes to help families in need of price relief.”

Fila USA has begun a five-year equity improvement strategy that will aim to expand the brand’s annual sales by 31 percent to $650 million or more by 2026 from $497 million in FY21. Part of the effort will focus on growing Fila’s online/Direct-To-Consumer revenues to more than 20 percent of its total and reducing the sales contribution from wholesales to approximately 80 percent against 95 percent in FY21. The company also wants to improve its operating profit margin to 11 to 12 percent versus 3 percent last year. Fila’s North American royalty business declined 28 percent in the first quarter to 1,352 million Korean won ($1.1m) as the brand’s partnership with Kohl’s expired during the period. Efforts to reach Fila USA for comments on the development were unsuccessful. Overall, first quarter constant-currency revenues slipped 15 percent to the equivalent of $105.6 million.

Sneaker and streetwear retailer SNIPES has hired Rich Foster as Chief Marketing Officer. Foster will join the company’s growing executive team and report to Jim Bojko, President of SNIPES’ US operations. Foster will lead the company’s integrated marketing team responsible for establishing its position in the sneaker and streetwear marketplace and building connections with consumers. Foster most recently held the role of Vice President of Marketing at Epic Records where he led digital and traditional marketing campaigns for Giveon, 21 Savage, Rick Ross and Travis Scott.