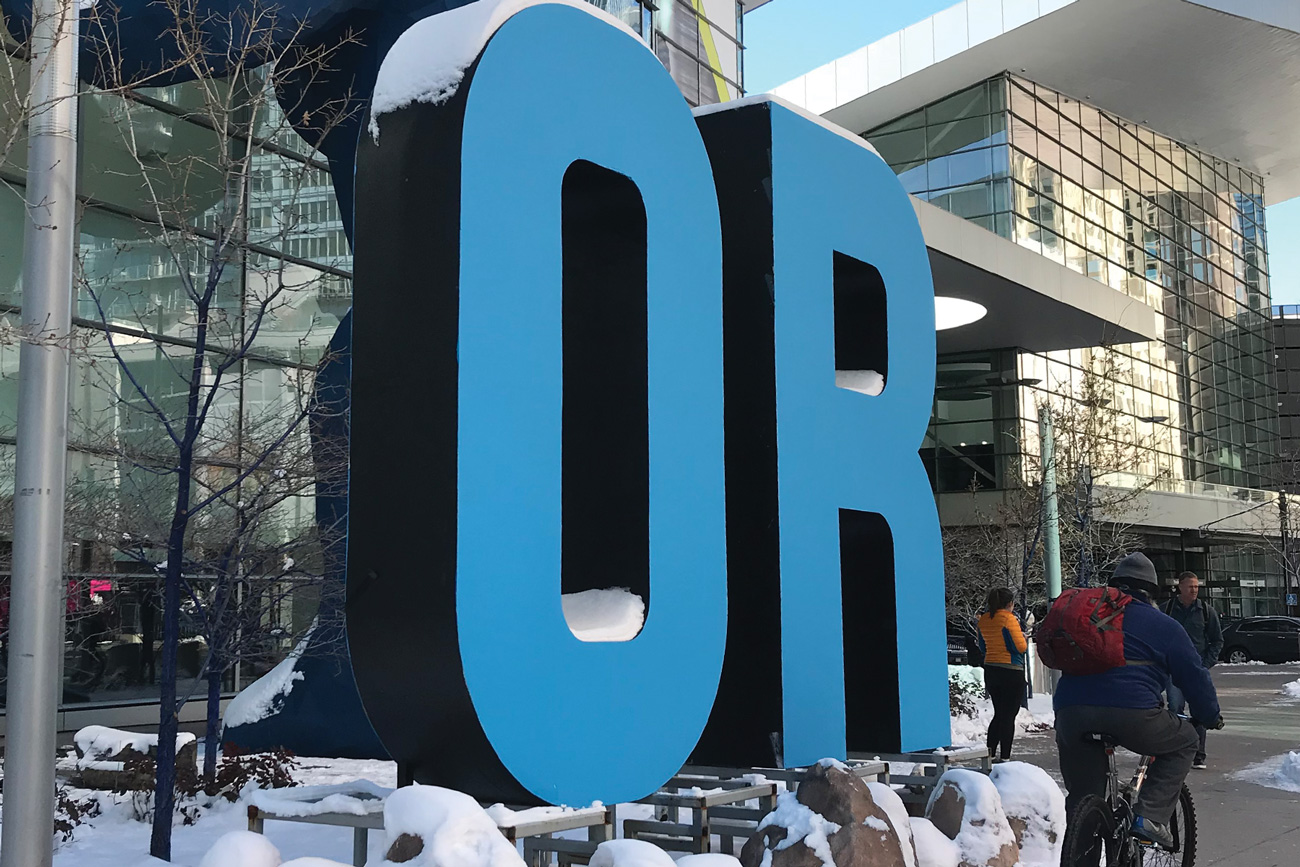 In a message sent last week to the industry, Outdoor Retailer trade show organizers confirmed their intent to hold the show as scheduled in-person later this month. The note read, in part: “We share in everyone’s concern about health and safety and have been working diligently with Denver and our partners to create a safe environment for everyone to get their business done efficiently and safely. There are no plans to cancel Outdoor Retailer Snow Show 2022 at this time, and the show is set to open at 9 a.m. MST on January 26, 2022.”

Masks will be required at all times at the OR Show while indoors, regardless of vaccination status.

This week Merrell announced its decision to withdraw from the Outdoor Retailer Show, with Merrell Global Brand President Chris Hufnagel citing the “safety and wellness” of the Merrell team. He said the brand would use a portion of its savings to donate $25,000 to the Boulder County Wildfire Fund.

The CES trade show, which took place over three days in Las Vegas last week, was a hybrid in-person and virtual event. In-person attendance at the event was down more than 70% from its last in-person event in 2019, according to show organizers. Those in attendance were required to wear masks and show proof of vaccination status.

‍Clarks Americas is on the move again. The Americas headquarters for the British company is relocating to Needham, MA from Waltham, MA later this year with a hybrid-modeled office space. News of the relocation was first reported by the Boston Globe.

‍Retail Import growth should return to normal growth in 2022, but volumes will remain high. Still, there is much to be done to clear out port backlogs and increase capacity throughout the supply chain, reports Jonathan Gold, VP for Supply Chain and Customs Policy at the National Retail Federation. Imports saw year-over-year growth as high as 65 percent during some months in 2021. Last year’s retail import total, not yet finalized, is projected to be up nearly 18 percent to 25.9 million Twenty-Foot Equivalent (TEU) units. The current Q1 forecast for retail imports calls for an 8.6 percent y-o-y increase in January, a 4.2 percent y-o-y jump in February and a 3.3 percent y-o-y drop in March to 2.19 million TEUs.

Dennis Brown the entrepreneur, inventor and founder of Northwest Podiatric Laboratory and Superfeet Worldwide, known as ‘DB’ to his friends, died Dec. 31 at his Blaine, WA home. He was 96. Brown started Northwest Podiatric in the early 1960s where he developed patented orthotic products, securing 61 patents in his name. Later, recognizing podiatric orthotics were too expensive for most athletes, he created Superfeet with his partner, Christopher Smith D.P.M., and immediately began servicing the ski boot segment. The company’s orthotic products eventually moved to athletic footwear and ice hockey skates. Earlier in his life, he served in the British Army during World War II and was among the first soldiers to parachute behind enemy lines as a member of the Red Devils regiment.