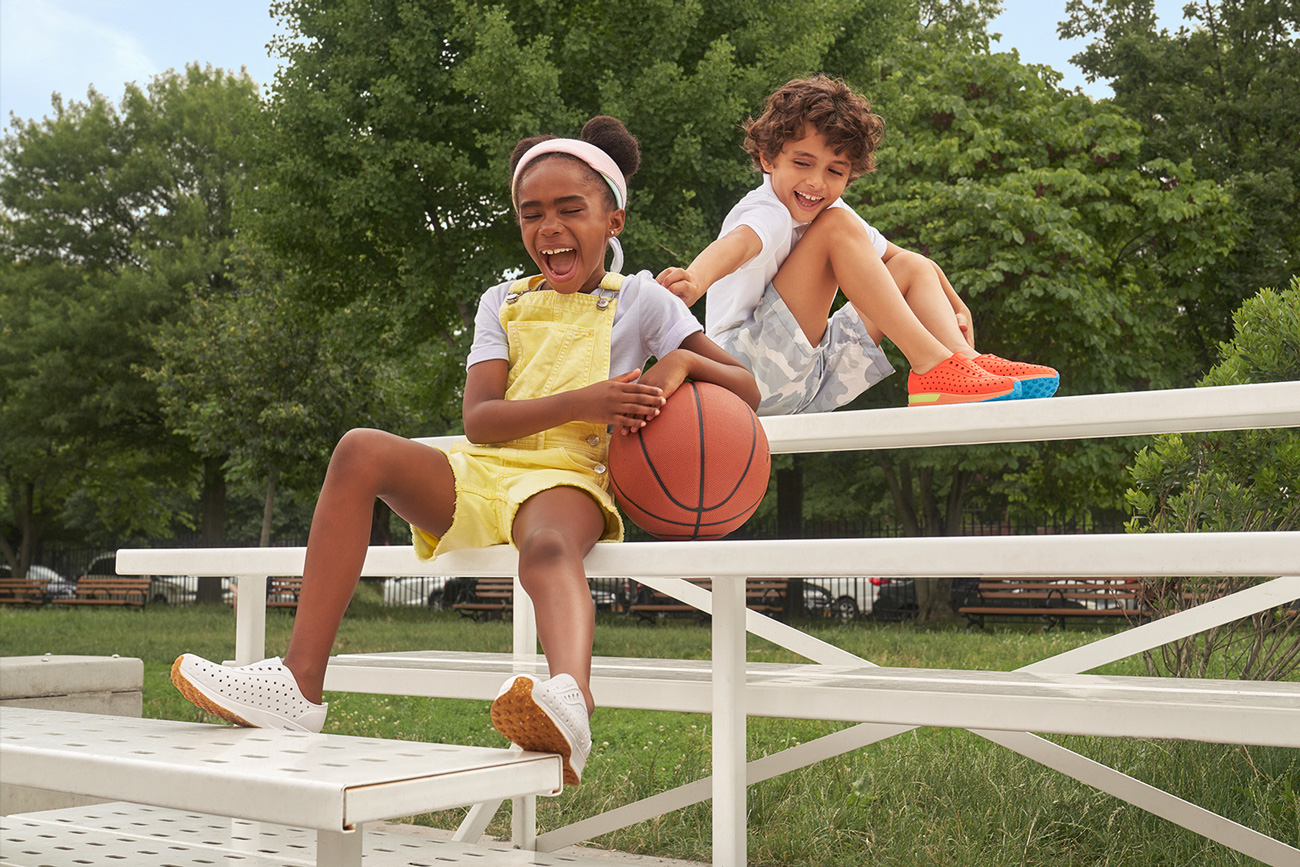 Vancouver-based Native Shoes has launched the Robbie, a new shoe for kids, along with a campaign to honor and inspire children called “Ask a Tiny Activist.” Part of what the brand calls “Generation Do,” each “tiny activist” featured in the campaign has his or her own Instagram presence. They include Morgan Grace, CEO of nonprofit M&M Angels that provides essential services to children in need, and Ryan Hickman, the founder of nonprofit Project3R that is dedicated to recycling and environmental awareness and education.

Native Shoes also encourages its youngest consumers to recycle through its “Remix Project” that enables customers to mail their old footwear for recycling by being ground into a bouncy, lightweight material for use in insulation, seating, and playground flooring. Since 2018, the Remix Project has contributed to the creation of five Vancouver playgrounds.

The new Robbie shoe is made with Sugarlite, a sugarcane-derived material that helps the brand deliver its signature lightweight, easy-clean and odor-resistant properties, with a greenhouse gas impact that is 22% lower than traditional EVA according to third-party analysis.

Co-founded by its Executive Chairman Scott Hawthorn and futurist Thomas Claypool who serves as special projects director, Native Shoes is currently headed by Kyle Housman, a former VP/GM for New Zealand and Australia for lululemon. Besides a Direct-To-Consumer component and Vancouver storefront, the company sells its injection-molded EVA footwear, sourced in Vietnam, to the likes of Nordstrom, Zappos, and Foot Locker.

‍OS1st is now the official sock of the PPA Tour, the professional tour for the sport of pickleball. This sponsorship is in addition to the brand’s partnership as the Official Sock and Compression Bracing Partner of USA Pickleball, the official governing body of pickleball in the United States. OS1st also has a team of pickleball ambassadors.

The brand is showing that it is “all in” on the fast-growing sport of pickleball — OS1st also makes a Pickleball Sock, designed for pickleball players on and off the court.

“Our socks are made to prevent pain and promote comfort because we believe everyone deserves to stay active and have fun while they’re at it,” said Josh Higgins, President of OS1st. “We think that is a great compliment to the fun, inclusive nature of pickleball.”

‍L.L. Bean revenues increased 14 percent year-over-year to $1.8 billion in fiscal year 2021. With the results, Bean directors approved a performance bonus of 20 percent of annual pay for its 5,000 employees that consisted of a 12 percent cash bonus and a 8 percent 401k contribution.

The company attributed its healthy sales increase last year to a number of factors, including persistent consumer interest in the outdoor lifestyle, new product offerings, international expansion and its wholesale partnerships. There was double-digit sales growth in active apparel (+36%) that was driven by the launch of an athleisure collection and double-digit topline improvement in camping/hiking, outerwear (+28%), winter sports (+25%), kids and travel (+50%). Over the year, L.L. Bean continued its shift toward sustainable materials in its product that now impacts 80 percent of the brand’s new outerwear and 50 percent of its new active apparel collection.

While opening three new U.S. stores and four in Canada through a partnership with Jaytex Group, L.L. Bean also reached customers last year through 1,200 partner store locations and online via wholesale relationships with Nordstrom, Zappos, Scheels and Staples. On the community and outdoor experiences front, the company committed $6.2 million to help provide access to the outdoors and launched an outdoor programming partnership with the Boys and Girls Clubs of America that will reach 4.6 million youth across 4,700 clubs this year.

OR Show Moving Back to Salt Lake City in 2023