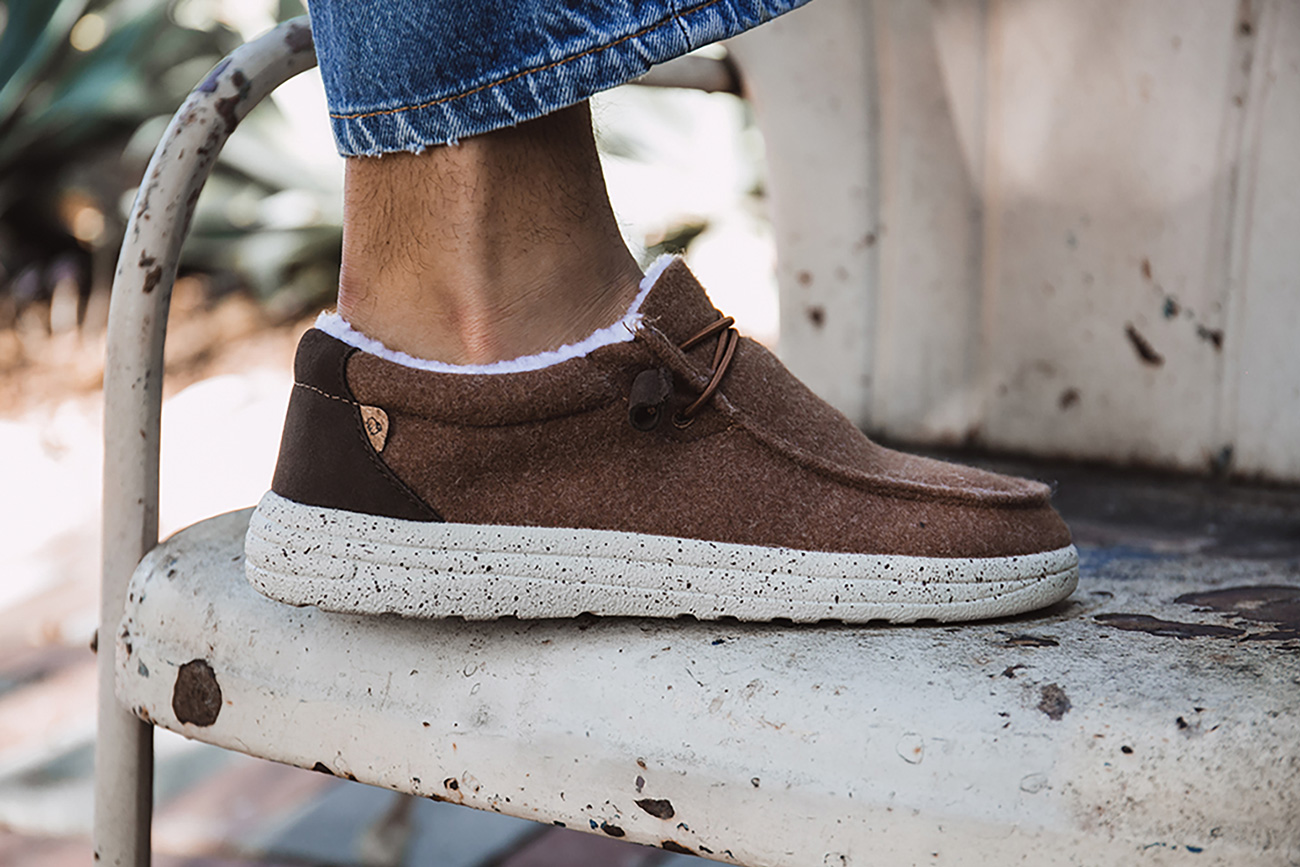 Southern California comfort brand LAMO Footwear is introducing new winterized styles for fall and winter that feature the brand’s LAMO-LITE EVA outsole paired with materials such as wool, Australian sheepskin, faux fur, and leather PU uppers to keep feet comfortable and warm. The styles also include removable, 100% Australian sheepskin insoles. Men’s and women’s styles such as the Trent, Cassidy, Samuel (pictured), Samantha, and Sienna are all featured in the winterized line.

‍Mizuno’s Q1 global footwear revenues rose 52.5 percent to $110.2 million for the three months ended June 30. Americas’ revenues, which includes the U.S., increased 14.5 percent in Yen to the equivalent of $56.9 million. The Japanese company, whose total period revenues spiked 50 percent to $387.5 million, did not disclose quarterly specifics about U.S. market performance. It did say that golf clubs and running shoes bolstered its strong sales, particularly in the EMEA and Americas.

‍Columbia Sportswear’s EVP of Global Omnichannel, Franco Fogliato, will resign his position on Sept. 3 to become president and CEO of Salomon by March 15, 2022. He is also a former Billabong and The North Face executive.

‍SOREL brand sales increased 71 percent in Q2 with strong wholesale growth that was paced by sneakers and sandals.  At Columbia Sportswear’s other brands: PrAna is looking for a new president following the fall retirement announcement by current brand president, Russ Hopcus. Mountain Hardwear is also searching for a new president following the departure if Joe Venachio after four years helming the brand.‍

FootJoy Golf Wear sales rose 129 percent year-over-year (in constant $) to $164.6 million in Q2. Parent Acushnet Holdings says the brand’s new Premiere and HyperFlex footwear models have been “especially well received.” Through H1, segment revenues are up 56 percent to $324.1 million. The company, facing raw material shortages and a recent spike in COVID cases in Thailand that have put pressure on its glove and ball factories in that country, is doing better with its footwear business despite some raw material shortages.

‍U.S. Small Businesses continue to be most affected by supply chain disruptions, according to tracked data by the U.S. Census Bureau’s Small Business Pulse Survey. For the week ended July 18, 38.8 percent of responding U.S. small businesses said they were being impacted by domestic supplier delays, up from 30.9 percent for the week ended April 18. In the most recent period, retail (59.8%) trailed only manufacturing (64.6%) as the most impacted industry. Additionally, 17.7 percent of survey respondents said they would need to identify new supply chain options in the next six months.