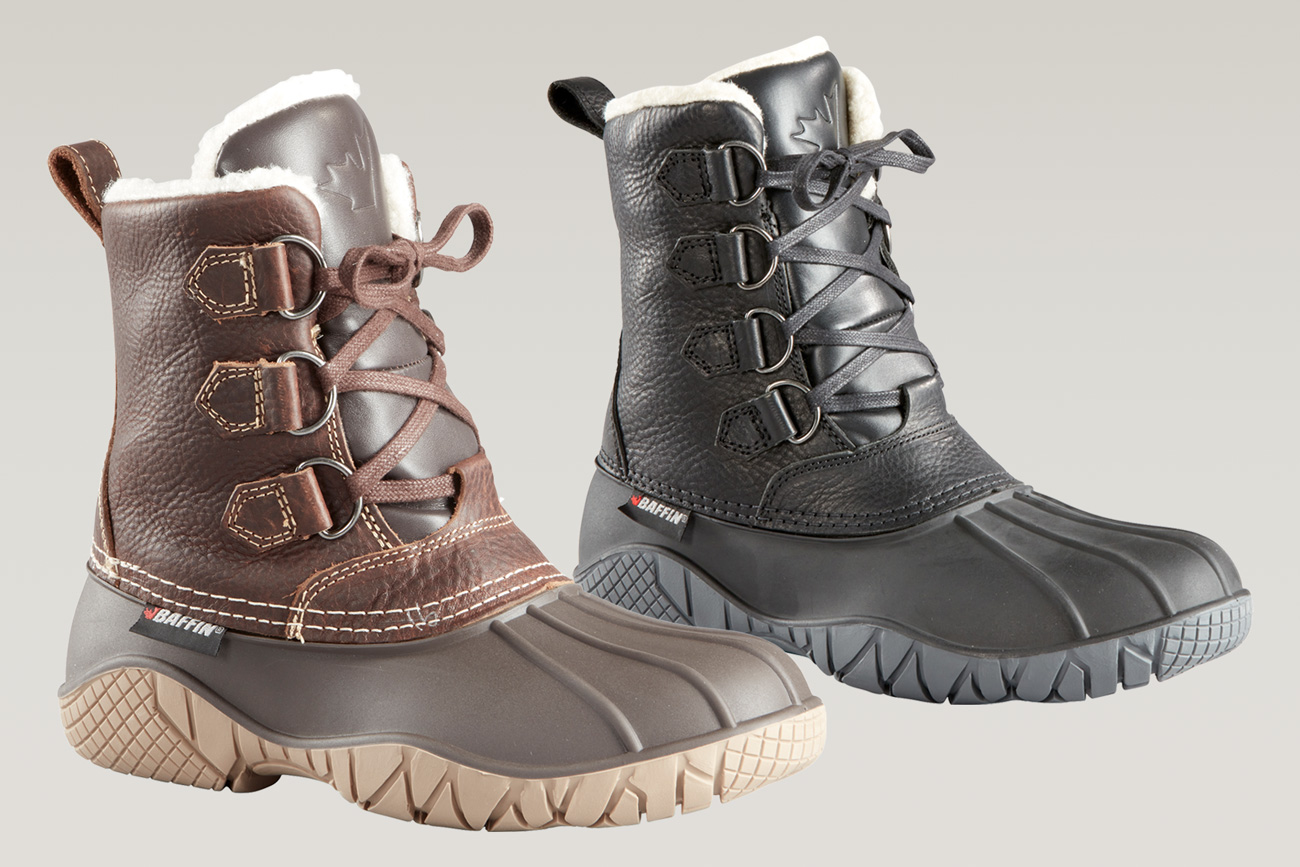 Baffin has introduced Yellowknife, a $150 men’s and women’s winter boot designed and manufactured in Stoney Creek, Ontario. An homage to Baffin's Canadian heritage and the country’s unpredictable climate, Yellowknife boots were created to be adaptable through a variety of weather conditions and environments. A multi-layer inner boot system offers soft comfort as well as breathable insulation for warmth. With functionality at the forefront of their design, the boots are designed to offer not only durability but also comfort – with leather uppers and premium rubber bases.

Columbia Sportswear says demand for its footwear is robust, but is outpacing its production capacity. In its preliminary commentary on 2022, Columbia said, “We anticipate ongoing supply chain disruptions will continue to impact the timing of receipts and shipments of Spring 2022 inventory and may result in higher than planned cancellations that would impact next sales performance.” In Q3, the company’s footwear sales declined 5 percent in constant currency to $184 million and were negatively impacted by both supply chain disruptions and manufacturing capacity constraints. Sorel brand sales were off 4 percent to $88 million. Total U.S. sales of products from the company’s various brands rose 15 percent to $511 million with wholesale up low single digits and Direct-To-Consumer sales up in the mid-30 percent range. As of last week, Columbia management reported that 90 percent of its Fall 2021 products had been manufactured, but only 70 percent had been received by the company.

Mitchell & Ness is relaunching the Hood Rubber Company with seven sneaker styles, priced at $70-85, on Nov. 11 at www.mitchellandness.com. The company was founded in 1896 in Watertown, MA and merged with B.F. Goodrich in 1969 after years of developing and selling rubber-soled footwear.

Rocky Brands is experiencing some growing pains from its March acquisition of footwear brands, including Original Muck Boot Co. and XTRATUF, from Honeywell International. In mid-August, Rocky relocated the inventory of its acquired brands to its Ohio distribution facility. But subsequently, the company experienced “unanticipated fulfillment challenges” that prevented it from delivering a portion of orders on time. But those problems may be temporary as the company added additional capacity last month with the opening of a Reno, NV distribution center. The company sources most of its products in the Caribbean.

Big 5 Sporting Goods reported a nearly 25 percent increase in Q3 footwear sales to nearly $74.5 million. But the 429-door chain is facing a challenge in the segment. Nike accounted for 8.5 percent of its 2020 purchases and 7.2 percent of its sales for the year, but Big 5 is facing a “significant future reduction” in its Nike supply going forward. In a filing, the retailer says it’s “expanding relationships with new and existing vendors to replace affected Nike product.”