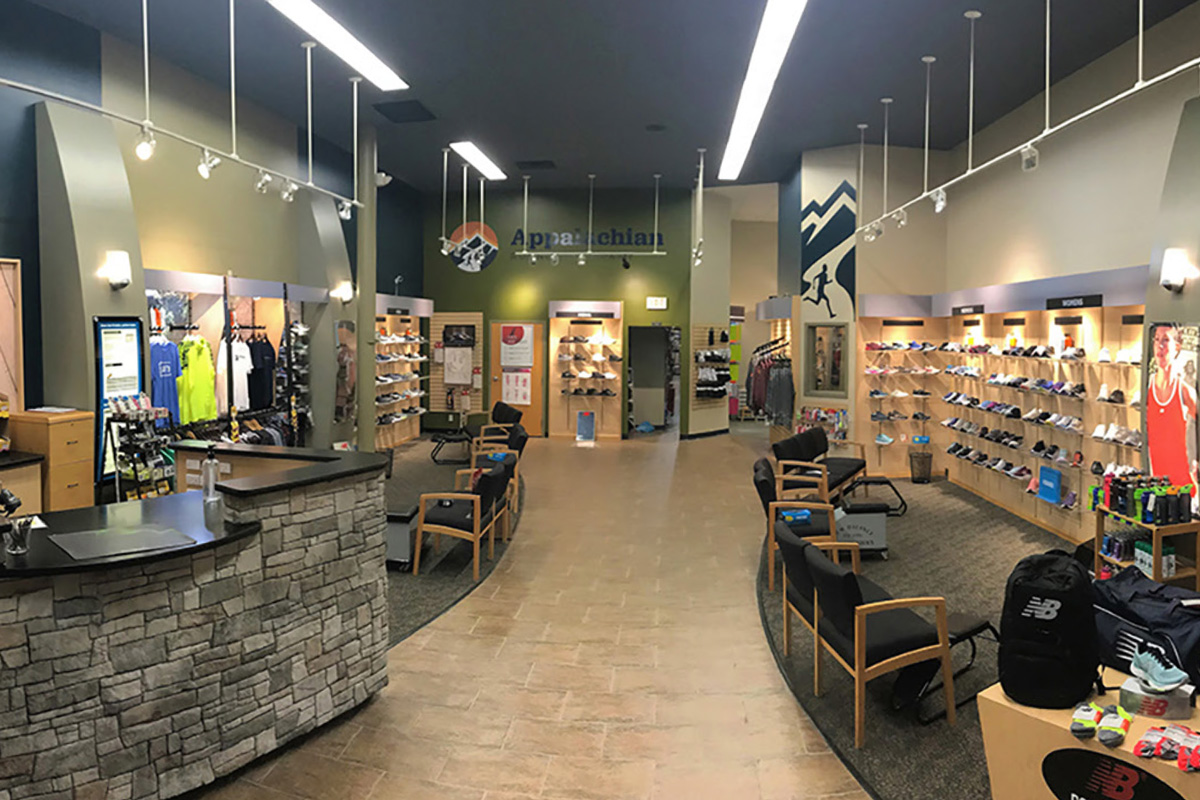 How Appalachian Running Co. was Born

How Appalachian Running Co. was Born

The Appalachian Running Company, a four-store run specialty business, will expand to six locations across Pennsylvania later this year with new stores planned in Camp Hill and Erie. Currently a sub-brand of Shoe Fly Inc., the history of the Appalachian Running Co. can be traced back to its founding by two physical therapists back in 2008.

In 2019, those two physical therapists, Brian Cardin and Steve Miller, who had a practice adjoining their Appalachian Running Co. store, sought out Shoe Fly Shoe, Inc., a locally owned independent shoe chain, about becoming its partner in the run specialty business. With Shoe Fly on board, the next chapter for the Appalachian Running Co. (aka App Run Co.) was born.

Shoe Fly’s ownership team is led by Todd Lewis, who has had a long career in independent shoe retail operations and has been a member of the National Shoe Retailers Association since 2004, and Greg Wagner, president of Wagner Quality Shoes in Lawrenceville and Monroeville, PA. After acquiring App Run Co., in addition to converting two of its former New Balance stores to App Run Co. stores, the company also converted a Shoe Fly store in Altoona, PA into an App Run Co. store.

Other business and strategy changes were also a boost to the business. Just before the pandemic’s onset in 2020, Shoe Fly rebranded Appalachian Running Co. with a new logo and website, doubled the store’s inventory in its original Carlisle store and continued with the banner’s focus on the medical needs of runners that commenced with Cardin and Miller at the helm. (The Cardin and Miller practice is still adjacent to the Carlisle store.) Increased store traffic and sales success with locales in the southcentral region of the Keystone State ensued.

A team of four handles all buying for Shoe Fly, Appalachian Running Co. and Shoe Fly’s newest concept, Work Zone, a work-focused business that currently consists of two stores adjacent to Shoe Fly locations with a separate entrance and manager and a singular focus on the service shoe segment. Given the persistent supply chain issues, the parent decided in 2020 to open and stock a local warehouse to aid in the re-stocking of all retail doors within its portfolio.

So, why would an independent shoe chain want to delve into the retail run specialty business?

“It (App Run Co.) attracts a little bit younger clientele and it helped us in hiring since the (run concept) is more appealing to younger employee candidates,” explains Lewis.

Of course, the run chain is always focusing on the service needs of customers and how those requirements parallel what’s required in an independent shoe store — 1 on 1 service, personal fitting and helpfulness to the customer wherever needed.

The App Run Co. merchandise assortment, equally weighted to men and women, is dominated by key performance styles from about 10 top running brands and a smattering of key run apparel items and accessories, including Feetures socks. There is also a selection of key non-traditional brands such as Birkenstock, Merrell, Teva, OluKai, Oboz and Oofos that are often an “add-on” sale after a customer has purchased running shoes.

“There is a real value in having credibility in the running and local community,” suggests Lewis.  The App Run Co. stres sponsor running races, including an annual 9/11 charity race., with proceeds from the 2021 event benefitting the local ambulance service. The upcoming 2022 race is expected to benefit a county hazmat group.

Lewis says he hasn’t been surprised by much over the last 30+ years, but says he was pleasantly surprised by customers adjusting to new brands added to his running assortments. He notes that New Balance was displaced as App Run Co.’s top vendor in the first quarter of 2022 by Hoka, though he adds that he believes New Balance will regain that top spot in his business once they are able to to “ship better.”

In the meantime, App Run Co.’s immediate goals are to improve the sales performance inside some of its stores, to prepare for the openings of new doors in Camp Hill and Erie, PA and to remain on the lookout for other independent, comfort shoe businesses in the Mid-Atlantic region as acquisition targets to expand either of its primary formats.

The Appalachian Running Company is a sub-brand of the independent chain, Shoe Fly Shoe, Inc. Founded in 1999 in Pennsylvania, Shoe Fly Inc. has grown over the years through the acquisition of two independent family shoe businesses, the conversion of two former New Balance stores, the 2019 purchase and expansion of the Appalachian Running Company, and the addition of two “Work Zone” concept stores adjacent to Shoe Fly doors.

“Our stores are, by and large, in conservative areas,” says Todd Lewis, president of the parent company, which now manages 11 Shoe Fly stores, seven in Pennsylvania and two in both Maryland (Frederick and Rockville) and Virginia (Charlottesville and McLean), four App Run Co. stores and the Work Zone doors. “I would say our shoes have to bring value. We don’t have a luxury [shoe] business or [an assortment] targeting the affluent.”

Cliché or not, the heart and soul of Shoe Fly are its ties to independent family shoe stores and its dedication and focus on the full-service ‘sit and fit’ experience when so many rivals are chasing more impersonal ecommerce sales today. The company hasn’t ruled out taking part of its business online, but it’s not a “high priority” today.

“Our best strategy is to make sure your in-store experience is worth getting off the couch and driving 20 miles for,” commented Lewis.

Not a runner? No problem. The store’s website clearly states its mission: “Many of our customers aren’t elite athletes – they’re just people who need a good, supportive pair of shoes! All are welcome at ARC regardless of athletic ability. Our knowledgeable staff want to help you to achieve your health and fitness goals no matter what they are. We want you to leave us feeling motivated to take on your next adventure!”

The running specialty store uses a 4-Step Fit Process: Listen to the customer; Evaluate the customer’s current shoes and gait; Analyze biomechanics and how the customer ‘moves’ in the shoes; Recommend & Encourage the customer as they make their shoe-buying decision and set goals.

Expansion: New stores are set to open in  Erie and Camp Hill, PA this fall.

Current locations are  in Altoona, Carlisle, Wexford and Homestead, PA.

The 1-On-1 Project: Talking Team Sports Challenges and Experiences