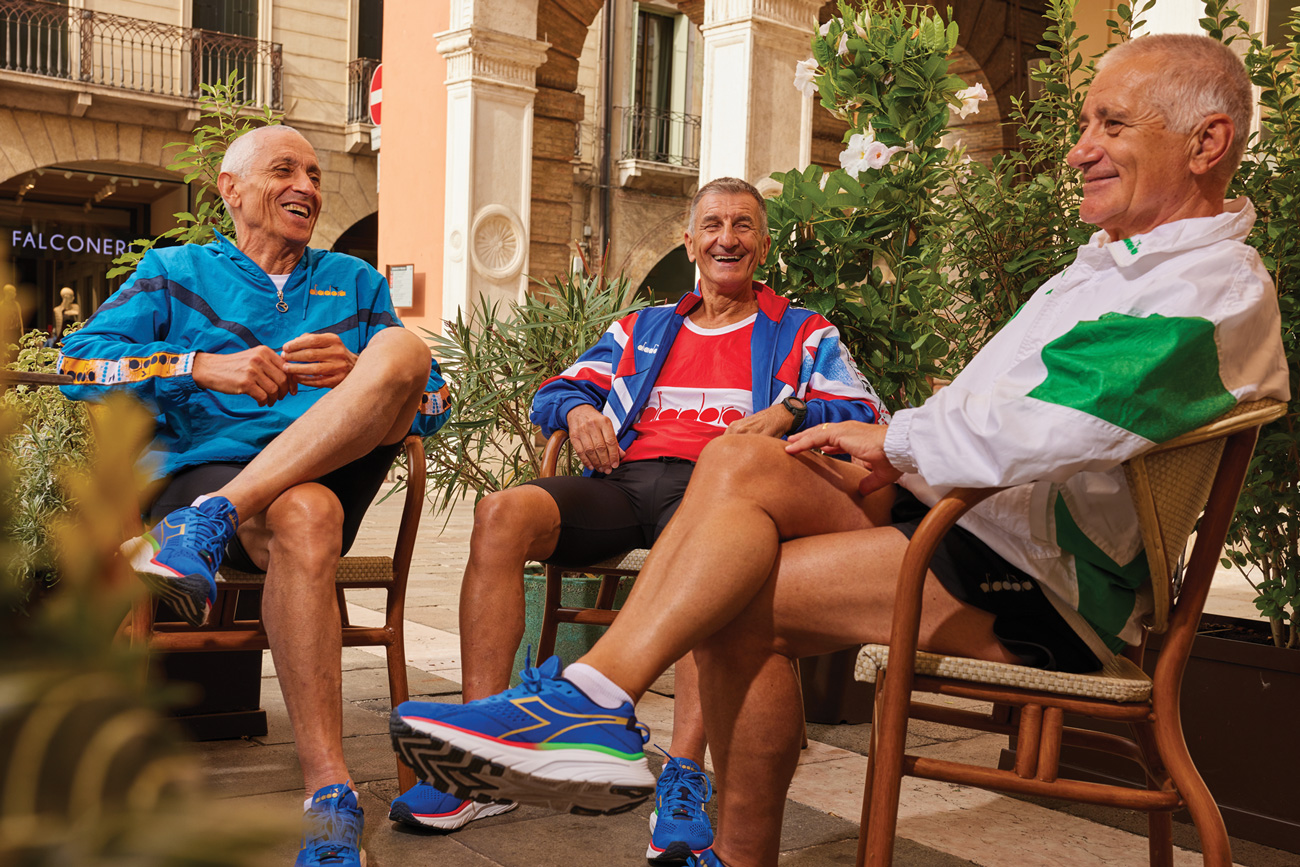 The new Equipe Atomo performance running shoe from Diadora is ready to make a splash at run retail. And with its accompanying “Postcards from Italy” campaign, the brand aims to elevate and celebrate its Made in Italy story.

The first performance running shoe made in Italy in over 30 years, the Equipe Atomo not only features a compelling performance and design story, it is also a passion project of sorts for Diadora. Available in two color ways — “azzurri” blue for men, white for women — the $195 Equipe Atomo features a brand new midsole technology called DD ANIMA (Italian for SOUL) that is light, cushy and reactive.

And the shoe’s “Made in Italy” story? It is more than just messaging. Developed, engineered, and produced in Italy, the Equipe Atomo combines the brand’s signature craftsmanship and attention to detail with advanced scientific research conducted in its in-house lab.

“Postcards from Italy” is comprised of a series of snapshots of modern Italy, highlighting the beauty of running through vignettes that speak of togetherness, self-reflection and adventure. Each location tells a story and explores a way of running, passion being the fil-rouge that connects them all. The campaign takes a trip through “the Boot” that mixes imposing backdrops, gentle hills and unexplored towns across the country with undiscovered musical gems and a storytelling-focused editing.

“For Diadora, the message is all about being authentic,” says Bryan Poerner, Country Manager USA at Diadora. “When you think about marketing, normally it’s  ‘pick your demographic and try to figure out how to sell to them.’ We aren’t a big believer in that sort of approach.”

Poerner says the campaign is more aptly called a “manifesto.” With it, the brand wanted to show its roots, the story of a brand manufacturing in Italy, and to show what running in Italy really looks like.

“Postcards from Italy” is composed of four chapters which are dropping every two weeks on all Diadora social channels — the first dropped on November 30.

Diadora focused on four different locations in Italy. The imagery shows what running looks like in these locations — a seaside, town, Tuscany, a mountain pass, a small city. A variety of characters are featured, ranging from locals to world class runners.

“The locations are all special to us,” says Poerner. “If you go to any small town in Italy, you’d see similar things. We picked different locations that showed different landscapes and made sure to tell the stories in those different cities. These are things that are authentically Italian. We wanted to show the beauty of country. It is super aspirational and inspiring.”

In addition to Diadora’s social channels, the “manifesto” can be viewed on a variety of digital platforms, which include all of Diadora’s retail partners’ social platforms and a few key partners platforms. Outside of the digital landscape, a few retail partners will have window installations with campaign graphics and Diadora is also doing activations with actual postcards, which tie into the message.

And what overall message do the “Postcards from Italy” convey? “I think you would want to go for a run in Italy [after seeing it],” says Poerner. “Running is a huge sport and a huge part of the culture in Italy.”

He adds, “It is a way to show the soul behind the product. When you see the campaign, you have a another level of understanding that you can’t get just from the shoe.”

Diadora has seen its specialty run business blossom over the past few years, and is now in 275+ specialty doors in the U.S. The brand sees Equipe Atomo as a possible “tipping point,” but intends to stay focused on the specialty channel. “We believe the product evolution, as well as the new brand direction, will be the catalyst for the brand to get to the next level in terms of market share, door count, and awareness in the total running space in the North American market,” states Poerner.

The ABC's of Brand Strategy

5 Trends To Watch In Footwear

All About the Run