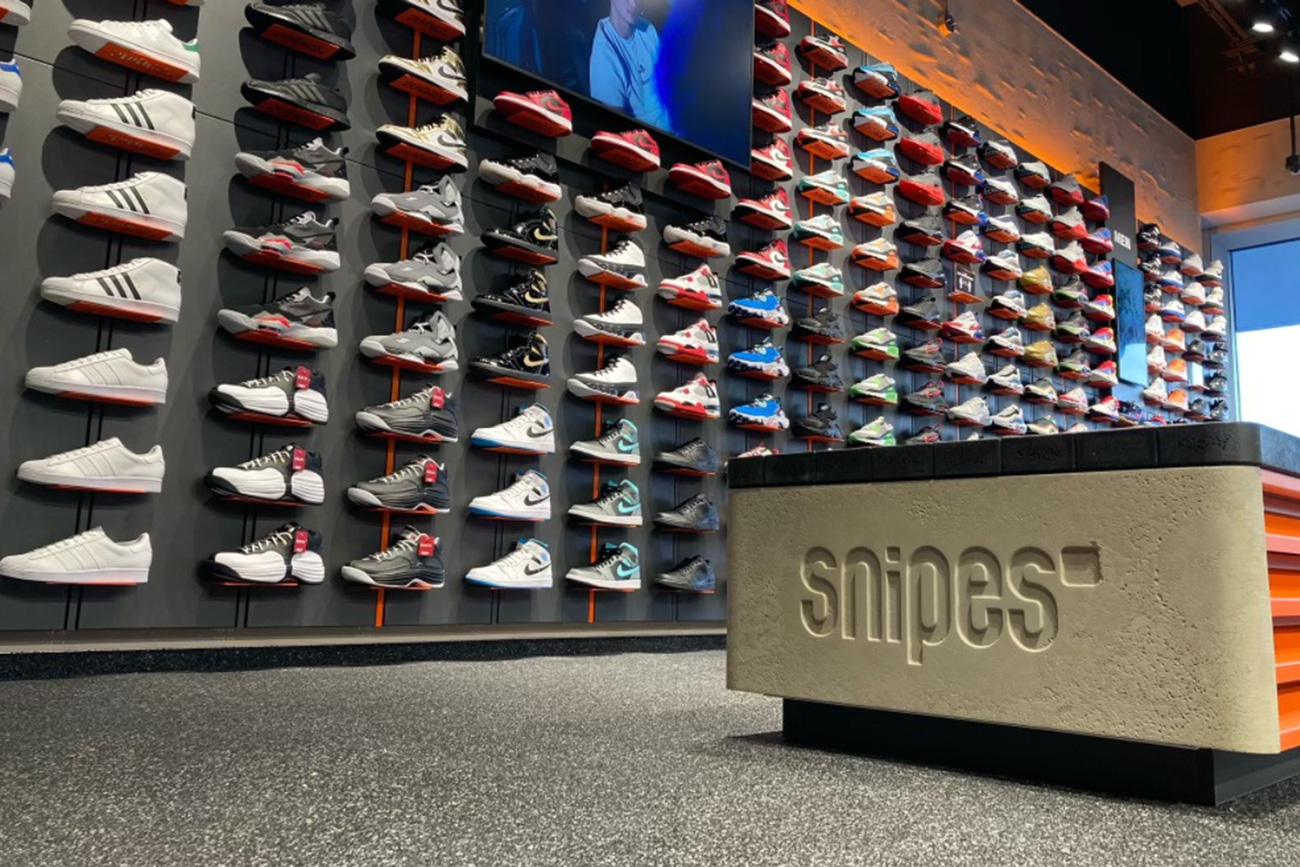 Privately held Deichmann SE, based in Essen, Germany, founded in 1913 and reportedly the largest footwear retail operator in the European Union, made more noise in the U.S. market last week. Already the parent of Rack Room Shoes, which celebrates its 100th anniversary in 2022, and its Off Broadway/Shoe Warehouse subsidiary, Deichmann-controlled SNIPES acquired sneaker chain Jimmy Jazz. Financial terms of the deal, which should formally close by month’s end, were not disclosed. SNIPES entered U.S. coast markets in May 2019 when it acquired the 62-door KicksUSA chain.

SNIPES is a multichannel sneaker and streetwear retailer with roots in hip hop culture. The SNIPES-Jimmy Jazz union immediately vaults SNIPES into a more significant position in the U.S. fashion sneaker and streetwear business. The deal grows SNIPES’ global store network from about 450 locations to more than 600 with a deeper penetration in the fashion-forward New York market where it will face other large rivals in UK-based JD Sports and Foot Locker. The acquisition will approximately triple SNIPES’ door count in the United States, as the retailer's store network will grow from just over 100 stores to almost 270. Jimmy Jazz, based in Secaucus, NJ, operates nearly 170 stores along the Eastern Seaboard, in the Midwest and Southeast.

“In SNIPES, we’ve gained a strong, global partner who shares our passion and who will appropriately continue our legacy as well as our investment in our teams and stores,” said Jimmy Khezrie, owner of Jimmy Jazz, in a prepared statement.

In Other Retail Acquisition News:

‍In a separate retail footwear acquisition last week, publicly traded Shoe Carnival made its first deal ever by agreeing to purchase substantially all the assets of privately held, family-owned Shoe Station, Inc. for $67 million. Shoe Station operate five doors across Alabama, Florida, Georgia, Mississippi, and Louisiana. The banner is projected to contribute approximately $100 million to Shoe Carnival’s topline this fiscal year and enable SCVL to surpass 400 total locations by the end of 2022.

Trendspotting at The Running Event