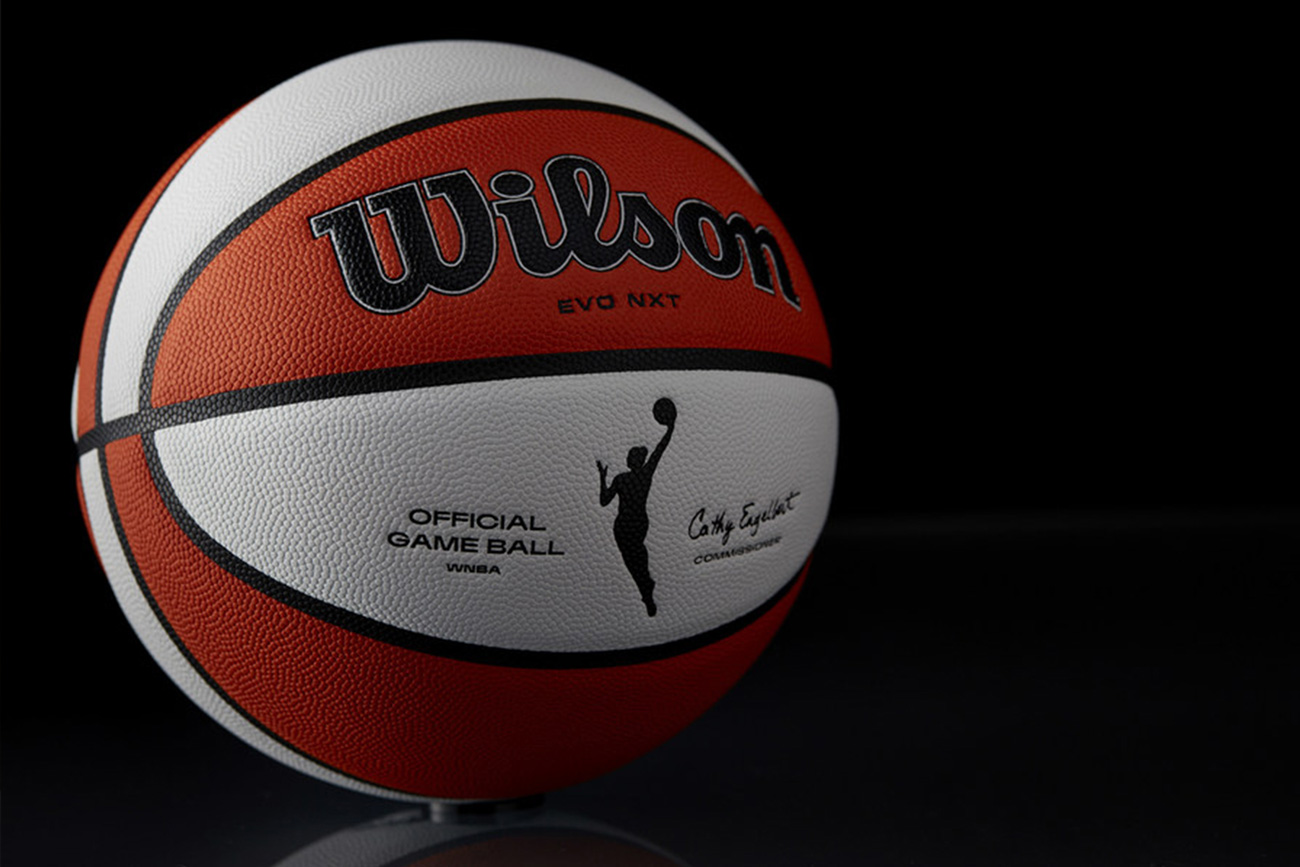 “We are thrilled to be tipping off our partnership with the WNBA in advance of a historic 25th milestone season,” says Amanda Lamb, global marketing director, team sports at Wilson. “Introducing the Evo NXT to the pinnacle of the women’s game, and announcing our first WNBA Advisory Staff member – three-time WNBA All-Star Liz Cambage – all in the midst of Women’s History Month, is truly a momentous occasion for Wilson.”

“As we head into our 25th season with more momentum and energy than ever, we are excited to be partnering with Wilson on our new official game ball,” adds Cathy Engelbert, WNBA commissioner. “We’re grateful for Wilson’s partnership and commitment to women’s basketball, and the updated white and fire orange look signifies a new chapter for the WNBA brand and our game.”

The introduction of Cambage as Wilson's first WNBA Advisory Staff member coincides with the game ball reveal. As an official Wilson Advisory Staff member, the Australian center for the Las Vegas Aces will playtest, provide feedback and collaborate on Wilson basketball products.

The Wilson WNBA game ball will be available exclusively on wilson.com beginning May 3, and through select retailers, including WNBAStore.com, on May 17. Following the start of the 2021 WNBA season, Wilson will also reveal first-of-its-kind collaborations with the WNBA, including three launches throughout the year featuring designs from artists and collaborators ranging from Cambage to tastemaker Beija Velez and more.

Wilson’s partnership milestones with the National Basketball Association (NBA) will continue to roll out throughout 2021 with announcements and activations across the WNBA, NBA G League, NBA 2K League and Basketball Africa League, and into the NBA’s 75th anniversary season in 2021-22.