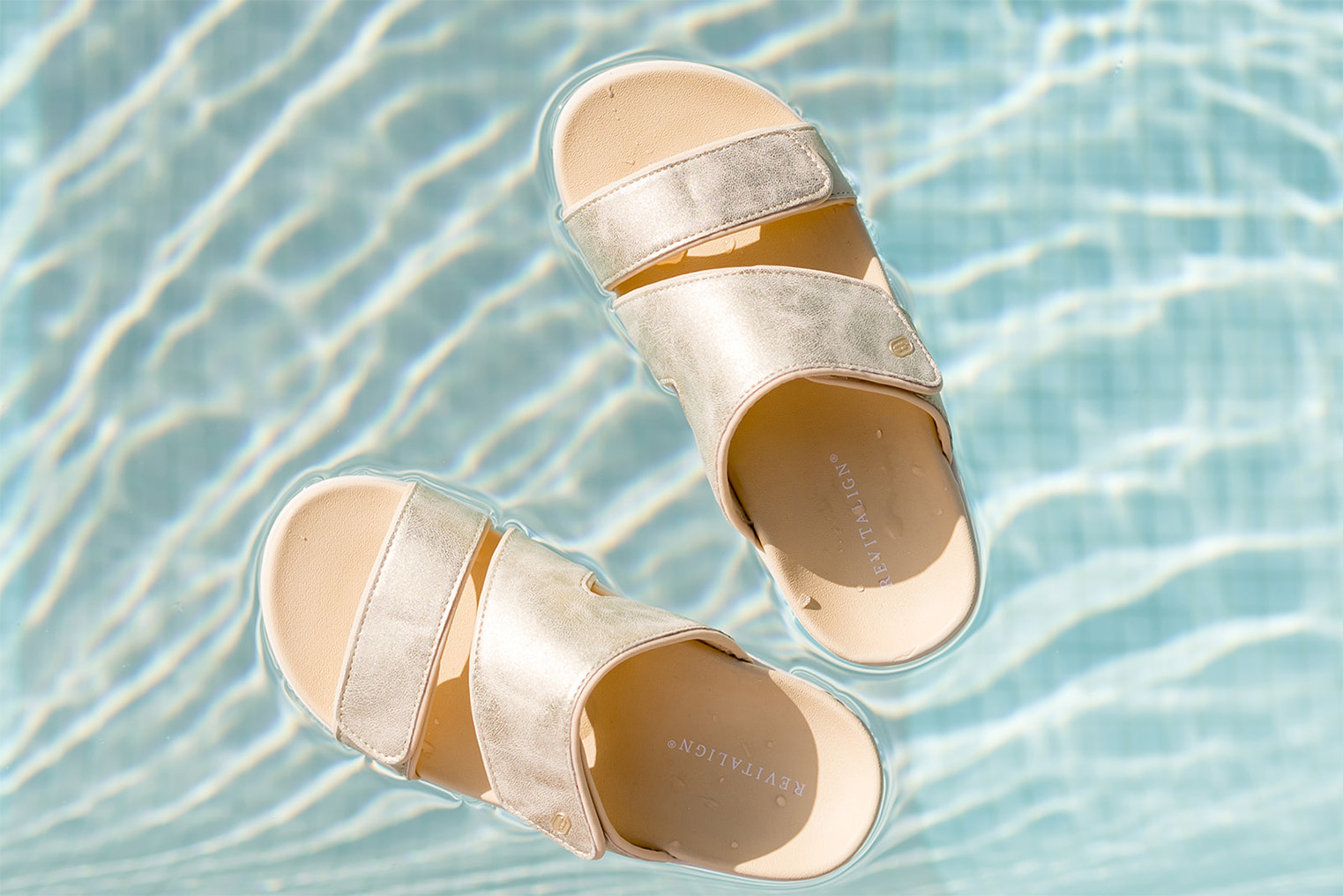 Lifestyle, comfort footwear company Waco Shoe Co., which builds its footwear around its research-based orthotic-driven insole, is relaunching three products under its Revitalign brand—the Kholo, Siesta and Yumi—with improved sole designs. The updated styles for women and men look the same from the outside but have been changed on the inside. PWR-BRIDGE technology supports, cradles and stabilizes both the heel and midfoot to assist in aligning the foot. Flex grooves on the outsole allow the styles to bend more easily with the foot’s natural movement. Pricing for the footwear will range from $70-$90. The men's styles will be available in December. The women's styles are available now.

Waco Shoe Company, founded in 2016 and headed by co-owner Jeff Antonioli, a former Spenco executive, sells Revitalign and Spenco Footwear-branded footwear in the U.S. online and through the likes of Nordstrom, QVC, Amazon and Zulily. Additionally, WSC has international distribution in over 50 countries across Europe and Asia.