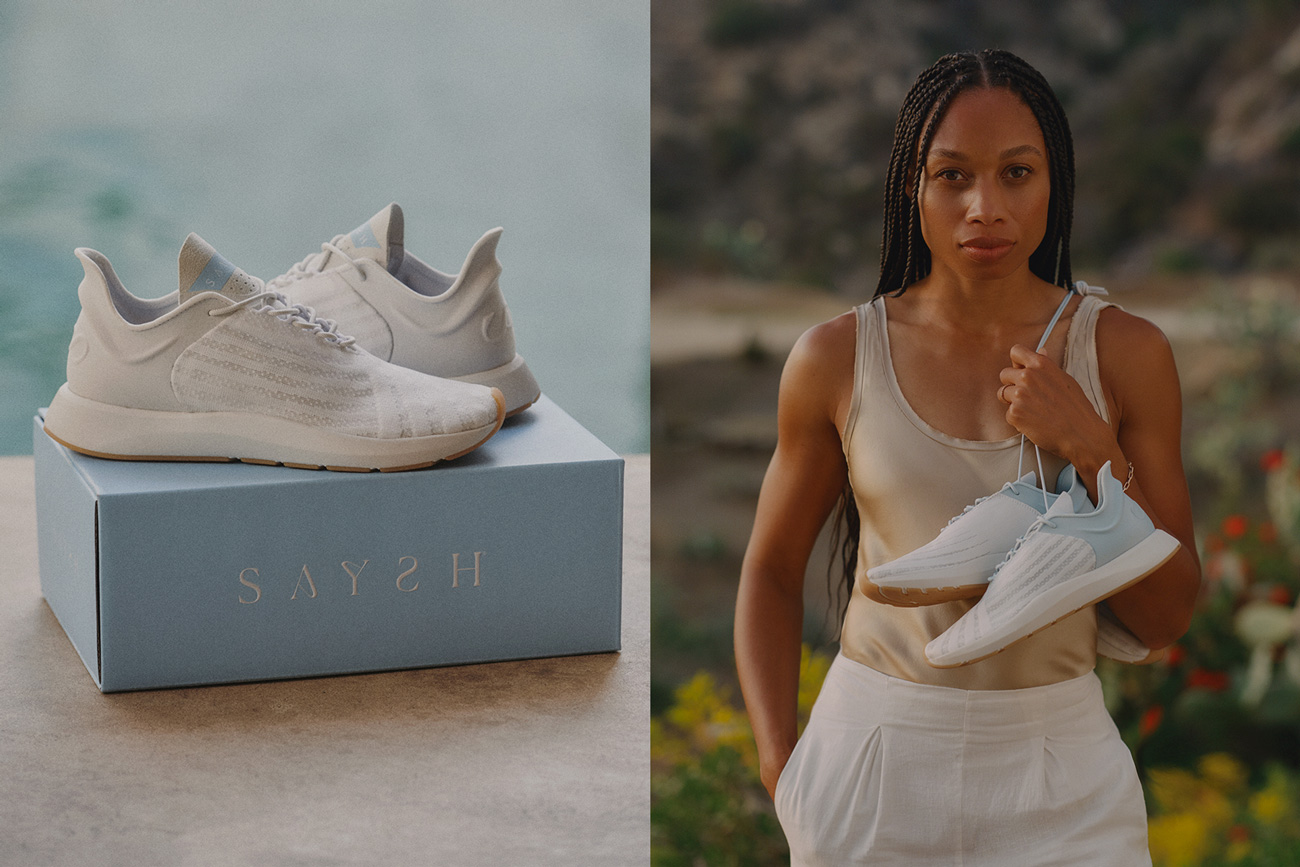 The Saysh One is the first product from Allyson Felix's new brand Saysh. (Photo Credit: Harrison Boyce for Saysh.)

The most decorated women’s Track & Field Olympian in history, Allyson Felix, has launched her own lifestyle brand called Saysh. The brand’s first product is a lifestyle sneaker called the Saysh One.

Felix, who recently qualified for the Tokyo Olympics, is a nine-time Olympic medalist and a six-time Olympic Champion. She is a former Nike athlete, who split with the brand after giving birth to her daughter in 2018. She has been vocal about her previous sponsor, writing in a New York Times piece that she felt pressured to compete before she was ready and healthy, and claiming she was offered less compensation by her former sponsor after her child was born. Felix went on to sign a deal with Athleta.

Her new brand Saysh, which also includes a community platform, will not only launch with the Saysh One, a lifestyle sneaker available in three colorways, but will also have a running spike created for Felix to compete in during this year's games.

The $150 Saysh One, available for pre-order on the brand’s website, is a shoe whose aesthetic was inspired by the lines of a wrap dress. The shoe is built to fit a female foot. Its lightweight construction pairs jacquard textiles and microsuede touches in a  breathable, everyday sneaker. It has a single heel piece and a snug lacing system.

Pre-ordering a Saysh One comes with a complimentary invitation to the Saysh Collective, the brand’s online community-driven platform that it says is a space for members to “engage with like-minded individuals, hear inspirational conversations, partake in energizing workouts, and have access to exclusive member perks.”  This member-based collective will cost $10/month.

In The News: New Balance, Hibbett