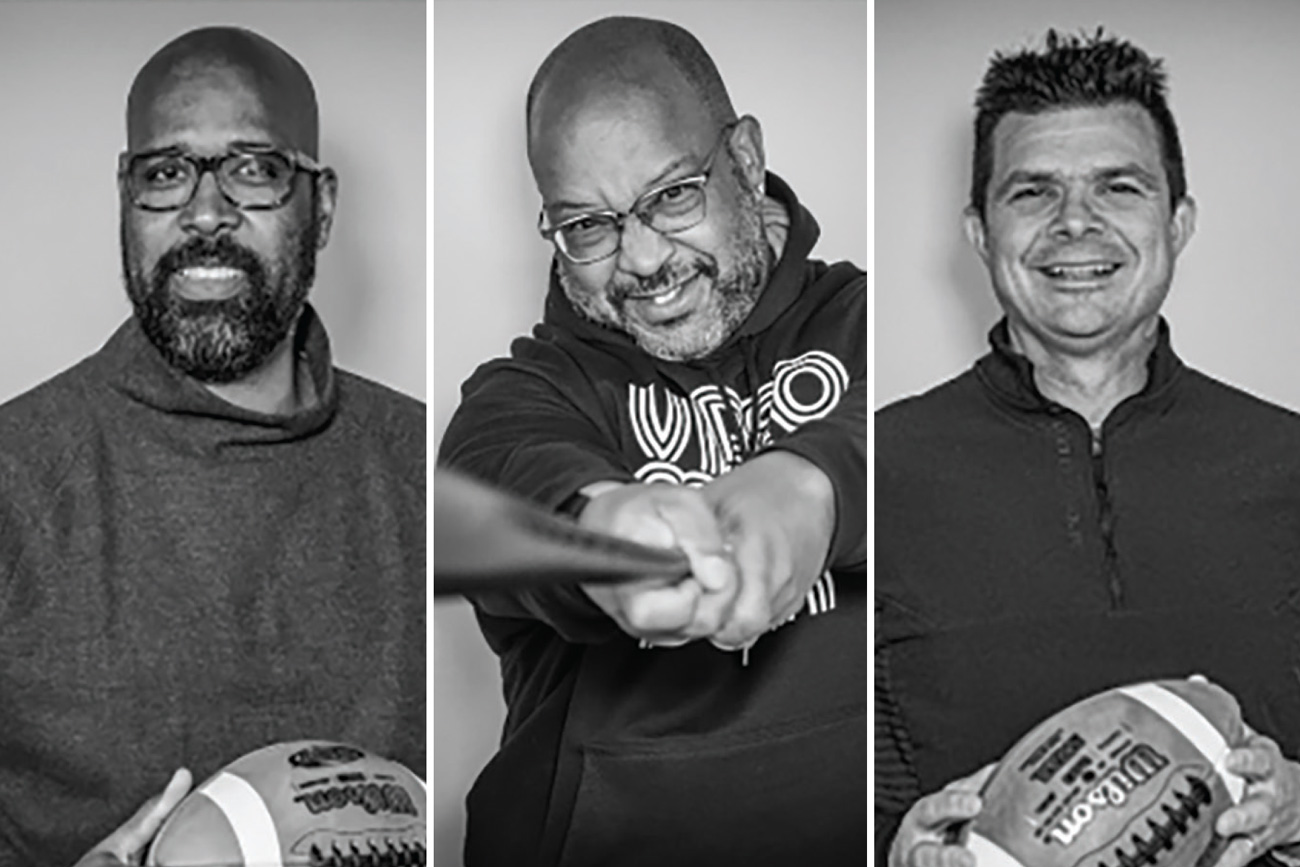 There’s a new player in the team sports game that is actually a totally revamped old player familiar to almost everyone in the business. It happened last year when SV Sports, formerly Schuylkill Valley Sporting Goods, was acquired by John Scipio (CEO), Jason Lutz (president) and Ralph Greene (CMO), all veterans of the sporting goods industry. The three executives came together to capitalize on the opportunity to inject cultural relevance into the team dealer model and deliver empowerment opportunities to diverse communities.

Scipio boasts a 25-year career at Nike that includes a stint managing the footwear giant’s team division, where SV is a key account. Nike is where he met Lutz, who grew Villa from a single store owned by his parents into a mid-Atlantic powerhouse with 125 locations and $250 million in sales. And Greene was familiar with both Villa and SV from his days as VP of Nike’s Eastern Region — the largest in the athletic brand’s domestic portfolio.

After a reorganization that saw it close most of its retail locations and the opening of a second sports destination retail space in the LakePoint (Georgia) Sports Complex, today SV Sports, which was founded in 1971, is a both a retailer and team dealer of uniforms, equipment, apparel and footwear for youth, high school and college athletes.

Team Insight caught up with Scipio to get some insight into SV Sports’ current business strategy and its plans for the future of its team sports business – and to thank him for changing the name from the always-difficult-to-spell Schuylkill Valley Sporting Goods to the much-simpler SV Sports.

Team Insight: How did the purchase of SV Sports come about?

John Scipio: As we began to set the strategy for the future of SV Sports we realized that ownership was necessary to control the destiny of the company and create the culture we desired. Also, the acquisition allowed us to create one of the few minority-owned sporting goods and team dealer companies.

Can you provide some details on the size of the business now? How many stores and where? How many people, roadmen?

SV Sports ended 2021 with $12 million in revenue. The current door count is one standalone door in Quakertown, PA, and two doors in sport destination locations — Lancaster, PA, and Emerson, GA. We have 70 employees, which includes 10 road reps.

What attracted you to this side of the sporting goods business?

I have always had visibility to this business from the manufacturer side. I realized that it was devoid of diverse representation as it pertains to ownership and the ability to aid in providing that representation was important to me.

Do you consider SV Sports a team dealer, a sporting goods retailer, or a combination of both?

We are a combination of both sporting goods retailer and team dealer.

What will the team sports focus be? Are you selling through roadmen calling on schools?

While we will serve as a traditional team dealer, our focus will be to utilize technology to aid in the servicing of the athlete, sideline and community.

What is your omni-channel strategy?

As a means of focusing in on the athlete where they play, we will utilize our retail locations, digital and team business. Team will be the catalyst and focus of the organization to ensure that we are creating elevated, premium experiences in every area of the business. Team is the entry point to the eco-system and we will utilize all other areas to fully service the customer’s needs. This will be done digitally and through brick-and-mortar.

Can you fill us in on the LakePoint (Georgia) Sports Complex concept? It is well out of SV Sports regional area. What is the focus there? Are there plans for more of these types of stores?

Lakepoint represents our second location within a sports complex. Our first location opened last year at Spooky Nook Sports in Lancaster, PA.  Lakepoint opened in March and there is a plan for a third location in the new Spooky Nook in Hamilton, OH.

How do these locations fit into SV Sports’ overall business plan?

These locations represent the premier sports locations in the regions that they service. They allow us to engage with the alpha athlete, both male and female. Working back with the brands, we intend to create premium activations to engage these important consumers.

Where and how is the product purchasing being done?

We have centralized buying across all business units. Bob Butler, a veteran of Foot Locker, Jimmy Jazz, Villa and Orva, serves as a chief merchant and oversees the buying team as well as stores.

NBA star Chris Paul recently became a significant investor in SV Sports. How did that come about?

We were seeking to raise funds for a bridge round and had several conversations with individual investors as well as funds. One of the fund managers passed on the opportunity due to the fact that it didn’t meet their investment criteria, but forwarded our information over to CP3 Investment group. After having conversation with Chris’ team, they decided to invest in our company. Chris has investments in a number of companies that play in our space and it creates some great synergies.  We also have consulted with CJ Paul as we look to expand our distribution.

Ralph Greene, CMO - Ralph’s (pictured middle) Nike career included serving as GM of Nike’s East Coast Region and as VP/GM of Nike Sportswear and Nike Football. Ralph led some of the most groundbreaking initiatives in Nike history, including the first All-School deals with USC and Ohio State as well as signing Kobe Bryant, Tiger Woods and Yao Ming.

Jason Lutz, President - As CEO of Villa, Jason (pictured right) took his parents’ sporting goods store and turned it into one of the most influential lifestyle footwear and apparel retailers in the U.S. During his time with Villa, the retailer gained the distinction as one of Nike’s T-11 City Specialty accounts while growing to more than 125 locations and $250 million in revenue.

SV Sports is one of the very few minority-owned businesses in team sports and sporting goods retail. Why do you think that is and how are you addressing that?

It all revolves around access. The accessibility of ownership has eluded many minorities. While we created the culture of sneakers and make up a large percentage of the talent in professional athletics, it never translated into owning the distribution points.

How is that changing now?

We are seeing things change as athletes recognize the influence that they have and are creating their own brands by using their platforms.  The NIL ruling will allow for more of this brand expansion. However, those that aren’t physically gifted need to know that they too can have a career in sports. But they need to see someone that looks like them doing it.

In an earlier article in Team Insight Extra about SV Sports we wrote: “The three executives came together to capitalize on the opportunity to inject cultural relevance into the team dealer model and deliver empowerment opportunities to diverse communities.” Can you expand on that a little?

SV Sports wants to be to Performance what Sneaker boutiques are to lifestyle. Boutiques are where brands go to create hype. We want to serve as the “tip of the spear” for brands that want to bring cool and culturally relevant performance product to the marketplace. Our understanding of the athlete and their journey serves as a catalyst to do this.

Finally, where do you see SV Sports in five years?

In five years we anticipate SV Sports generating $125 million  in topline revenue and $10 million in EBITDA.

What’s the game plan to accomplish that goal?

This will be done through expansion both organically and through acquisitions. These acquisitions will be both in talent and the purchase of existing team dealers. The landscape is contracting to just a few players in the space and we feel that our strategy is sound and will allow us to change the dynamic of how athletes are being serviced.