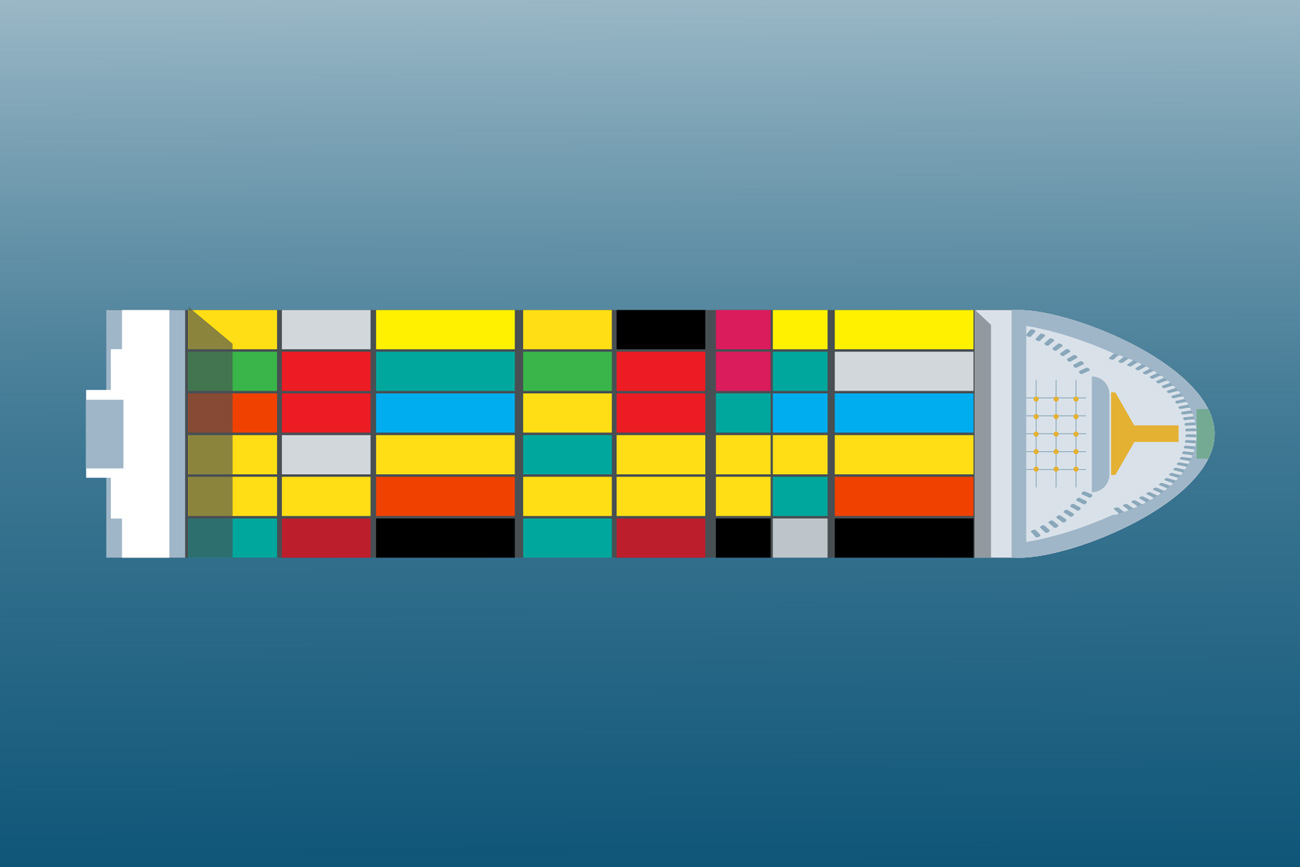 Supply Chain Issues Will Remain A Major Concern Into 2022.

Supply Chain Issues Will Remain A Major Concern Into 2022.

The footwear industry’s tireless efforts to separate itself from other market sectors — lumber and computer chips to name two — in the persistent battle against negative supply chain factors suffered a major blow in mid-July.

That’s when Pou Chen Corp., part of the largest global manufacturer of athletic and casual shoes for international brands in Yue Yuen Corp., suspended operations within its Pouyuen Vietnam factory for 10 days due to an outbreak of COVID cases among its workers. Another Nike contract footwear maker, Chang Shin Vietnam Co. Ltd., also halted manufacturing, and reports of other major brands and companies—Adidas, New Balance, Wolverine Worldwide and Puma among them—being potentially impacted by the situation began to surface along with mounting worry over whether all holiday season and Spring 2022 footwear orders would be delivered to North American retailers.

In a statement to Yahoo Finance, Nike, expressed confidence in its ability “to maneuver around” any supply chain setbacks.

Key seasonal product deliveries may be delayed or met with fewer pairs, particularly those from small- and mid-sized vendors.
‍
However, there should be less discounting and promotional pricing in the months ahead, which means higher margins on what is sold through at retail.

But long before this latest setback, even before the global pandemic commenced in Q1/20, supply chain was a hot button issue within the footwear industry, and many other sectors for that matter. As footwear retailers complained about late deliveries and the inability to re-order key styles that were selling through vigorously, vendors scrambled for end arounds to emerging problems. Among them: rising container costs and shortages; port congestion; declining available space in warehouses, terminals and distribution centers for housing landed products; and looming rising costs for raw materials such as rubber and resins.

“The past 18 months have been challenging for procurement professionals,” the website SupplyChainDive recently wrote. “Kudos to those who maintained supply lines and kept their companies viable and their customers happy.”

On July 9, Pres. Biden signed an Executive Order asking the Federal Maritime Commission (FMC) to investigate practices in the shipping industry and how they are driving up freight costs. While satisfied with the president’s action, the American Apparel & Footwear Association (AAFA) wants the federal government to do more.

Currently, the shipping sector sees no relief in the current pricing environment before 2022, which was initially sparked by retailers and manufacturers dashing to replenish inventories depleted during the pandemic. By most accounts, shipping lines bet incorrectly at the pandemic’s onset by anticipating a recession where demand for goods would wane, thus slashing demand for shipping services. That scenario did not transpire and consumer demand accelerated. Now, supply chain experts suggest it will take time and investment to build new capacity and expand ports.

Through May, container shipments to U.S. ports were up double-digits year-over-year, including a projected 33.8 percent hike in June, and forecasted to increase nearly 17 percent for the full year to 22 million Twenty-Foot Equivalent Units.

In mid-June, the AAFA wrote President Biden, urging short- and long-term solutions to the shipping crisis, including the elimination of punitive tariffs on China and the renewal of Generalized System of Preferences (GSP) and the Miscellaneous Tariff Bill (MTB) that temporarily reduces or suspends import tariffs paid on particular products.

Higher freight costs and container shortages are likely to persist into 2022, resulting in higher costs for footwear importers that will most likely be passed on, in some measure, to consumers.
‍
With in-demand product in short supply, fashion-savvy consumers will be forced to move more swiftly if they want to snare the latest and greatest footwear introductions.

“This year, instead of getting better the shipping crisis has only gotten worse—leaving critical industries without key inputs, creating substantial delays that threaten to leave store shelves empty, and imposing significant new costs on companies at a time when they can least afford it,” wrote Steve Lamar, President and CEO of the trade group that represents more than 1,000 brand names in footwear, apparel and accessories.

“Container rates are 4x higher than typical,” Matt Priest, CEO and President of the Footwear Distributors and Retailers of America (FDRA) recently told Footwear Insight. “And they won’t likely recede any time soon.”

Consider this: According to the Freightos Baltic Index, the average cost to ship a container from China to California in late June was $6,043, up 43 percent since the beginning of 2021 and 344 percent since the start of 2020. Meanwhile, another firm, UK-based Drewry Shipping Consultants, pegs current container shipping costs to West Coast ports at closer to $12,000 with some companies being assessed $20,000 to get their products on an outbound vessel at the last-minute.

In early July, Priest pointed out that the number of container ships sitting in San Pedro Bay near the Port of Long Beach is “starting to ease” and that Port officials are continuing to encourage companies to utilize all gate times, including on weekends, to efficiently move their merchandise in and out.

Higher freight costs are leaving those looking to move finished goods across the world, largely two options: pay up and pass on costs to customers via higher prices or forget about reaching the market with the merchandise altogether. Given their larger pool of resources and personnel, larger firms are at advantage in securing alternative supply chain solutions.

Almost no vendor wants to publicly air their grievances for fear of retaliation or an adverse reaction by existing shipping and sourcing partners. But in its five-page letter to the President, the AAFA was able to cite some examples without naming the reporting firms (see sidebar at right).

Adidas Group CEO Kasper Rorsted, at the company’s Q1 conference call in May, told analysts that footwear industry supply chain issues might not fuel increases in product pricing in the months ahead but rather less discounting, depending on the product category.

Rorsted was clearly onto something. More and more footwear is likely to be sold at the asking price, not promotionally discounted in the months ahead, contributing to stronger margins overall. That trend would be a win-win for footwear vendors and retailers alike. With current inflation a contributing factor, price per pair of footwear was up 4 percent in April, according to the FDRA.

Under Armour’s David Bergman recently told company analysts that the company anticipates “increased freight expense from a supply chain relative to the prior year as we work through ongoing logistics and transportation challenges.”

But it’s unlikely the footwear industry as a whole will resolve all of its logistics and transportation issues until sometime next year at the earliest.

What the Brands are Saying About the Shipping Crisis

In its five-page letter to President Biden on June 15 urging immediate federal action on shipping issues, the American Apparel & Footwear Association offered specific examples and anecdotes from seven members without identifying them by name. Below are some excerpts of what they had to say.

‍“Yantian (China) has repeatedly been a challenging port, but last week we unable to secure a single container/booking for a requested six bookings made for a total of 17 containers. This means literally zero of our goods moved that week, despite confirming to pay premium rates on them, which is roughly 8x our contract rates for 2019 & 2020.”

“Even with paying a premium rate that was well over $7,000, we are still getting rolled. We were first told it would only last through Chinese New Year, but we are now in summer and the situation only seems to be getting worse. Contracted rates aren’t being adhered to and causing unplanned expenses on retailers as wasn’t included in the budget. In our opinion, the Carriers are taking advantage of the situation and increasing their revenue significantly only at the expense of us retailers. It is a blatant abandonment of their obligations under contract. Not to mention they are not even meeting their transits we signed up for so have had to relook at all our lanes and re-adjust which is a significant impact to our book drops and customer disappointment.”‍

“Our vendors place our bookings three weeks prior to planned cargo ready date right now, and even then equipment & capacity shortages cause most of them to not get a booking confirmation until just days before sailing. This forces them to have to react quickly, rather than work a proactive plan. It also forces us to regularly have to decide if we want to roll the dice & hope the booking comes through, or attempt to push for a premium rate booking instead. Doing that guarantees some delay, but at least gives us an eventual, confirmed sailing but at a massive price increase.”

“The carriers are also using bigger vessels and adding special loaders to satisfy the demand, but this is causing issues at the port with the congestion. There is no space at the terminals. The carriers are overloading the terminals causing ETA delays of 2-5 days at the port so we are paying more and being further delayed. In Long Beach, as of yesterday, there were 31 vessels out at anchor waiting for berth space. No space means congestion and not enough appointments to accommodate the demand.” n