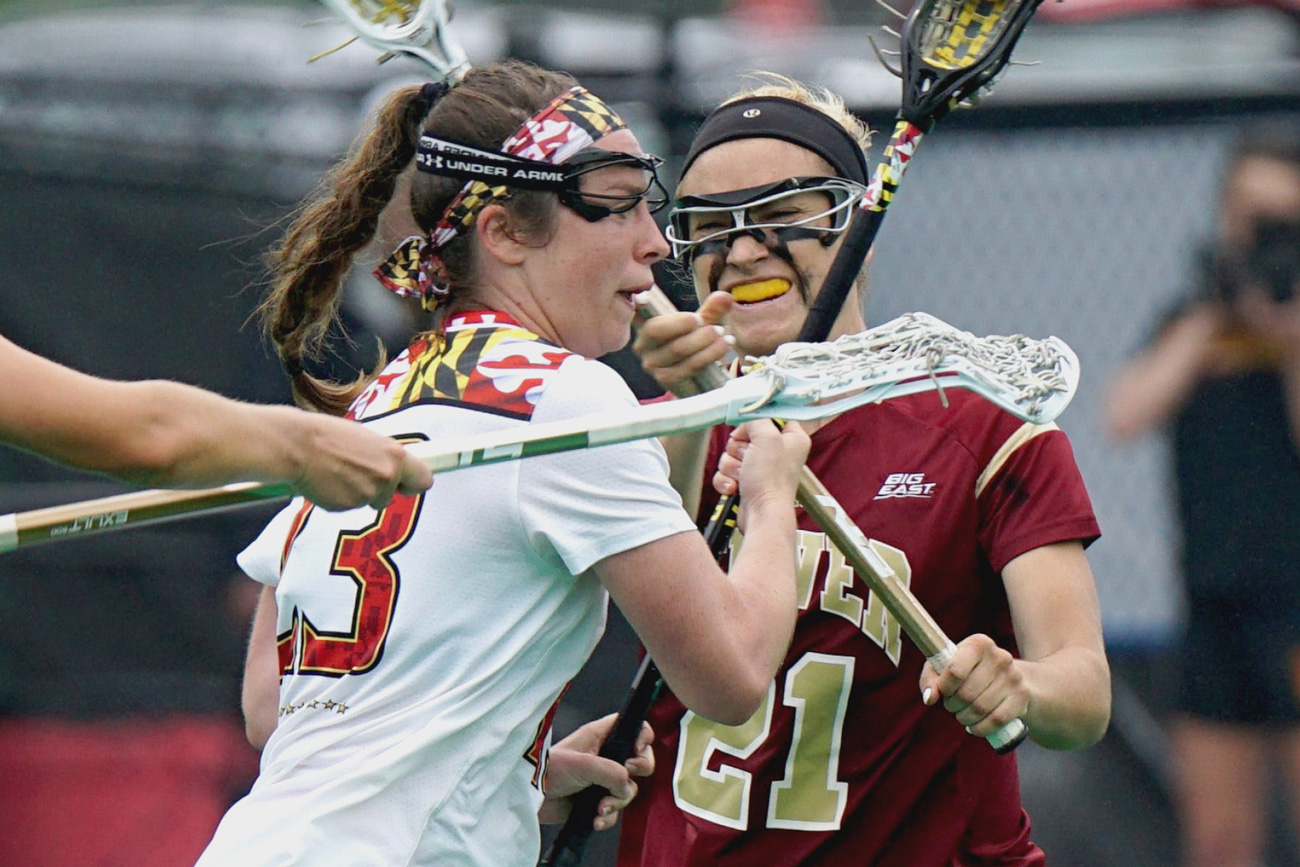 The growth of women’s lacrosse continues to help boost the team business.

The growth of women’s lacrosse continues to help boost the team business.

Lacrosse’s soaring popularity has spread well beyond its Northwest and Mid-Atlantic base, it continues to attract youth and high school players and is still the fastest-growing college sport in the country. Much of this growth can be attributed to female participation and increasing awareness is resulting in new programs and opportunities for female athletes — and team dealers are reaping the benefits, too.

“We believe that lacrosse continues to grow at all levels of play,” says Caitlin Kelley, director of women’s lacrosse for USA Lacrosse. “Obviously, exposure to the game at a young age is a great foundation and focus for us as a national governing body. We also want to support our female players on the journey and help to minimize the number of young female athletes that drop out of sports during the middle school years.”

Kelley points out that USA Lacrosse will host the 2022 World Lacrosse Women’s World Championship, to be held June 29-July 9 at Towson University in Maryland. The women’s national team will also be expanding in the near future with The World Games in Birmingham, AL, using the Sixes discipline, and World Lacrosse will sponsor a women’s box championship.

“The Women’s World Championship will be a great opportunity to celebrate the growth of the game internationally and provide visibility for the sport,” she says.

Howard Schweibel, owner of All Lacrosse in Montclair, NJ, is enthusiastic about women’s lacrosse.

“The women’s programs should grow exponentially because the sport is not yet everywhere. Each year, more high schools and colleges pick it up,” he says. “The opportunities are great and girls are playing the game better and better.”

Because the boys’ game requires more equipment, Schweibel’s lacrosse business is only 10-15 percent female, but he expects the women’s numbers to rise.

“The use of mesh string for women’s sticks has been very positive for business because it makes it easier for girls to play and easier to replace the equipment,” he says. “Girls also continue to upgrade their uniform looks and the designs are getting nicer. Ten years ago, girls had a strict uniform format, but they’re now getting creative while staying within those guidelines.”

On the downside, Schweibel, like most other team dealers, is still grappling with supply chain issues. “My vendors are working on 20 percent of inventory at most, so we’re juggling every day. Our biggest challenge is getting youth cleats — they’re impossible to find and everybody needs them.”

Meanwhile, Matt Brunyansky, owner of B&G Sports in Waterbury, CT, admits that while he doesn’t currently do much in lacrosse uniforms, he does have a strong lacrosse awards business, especially due to the formation of more teams and leagues.

“The women’s category accounts for 20 to 25 percent of our overall sports business and it will grow,” he says. “We’re targeting men’s and women’s lacrosse leagues for next year and that will require a bit of a territory expansion for us.”

Lacrosse now receives funding from the International Olympic Committee for development and is on the path toward potential inclusion as a showcase sport at the 2028 Summer Olympic Games in Los Angeles.