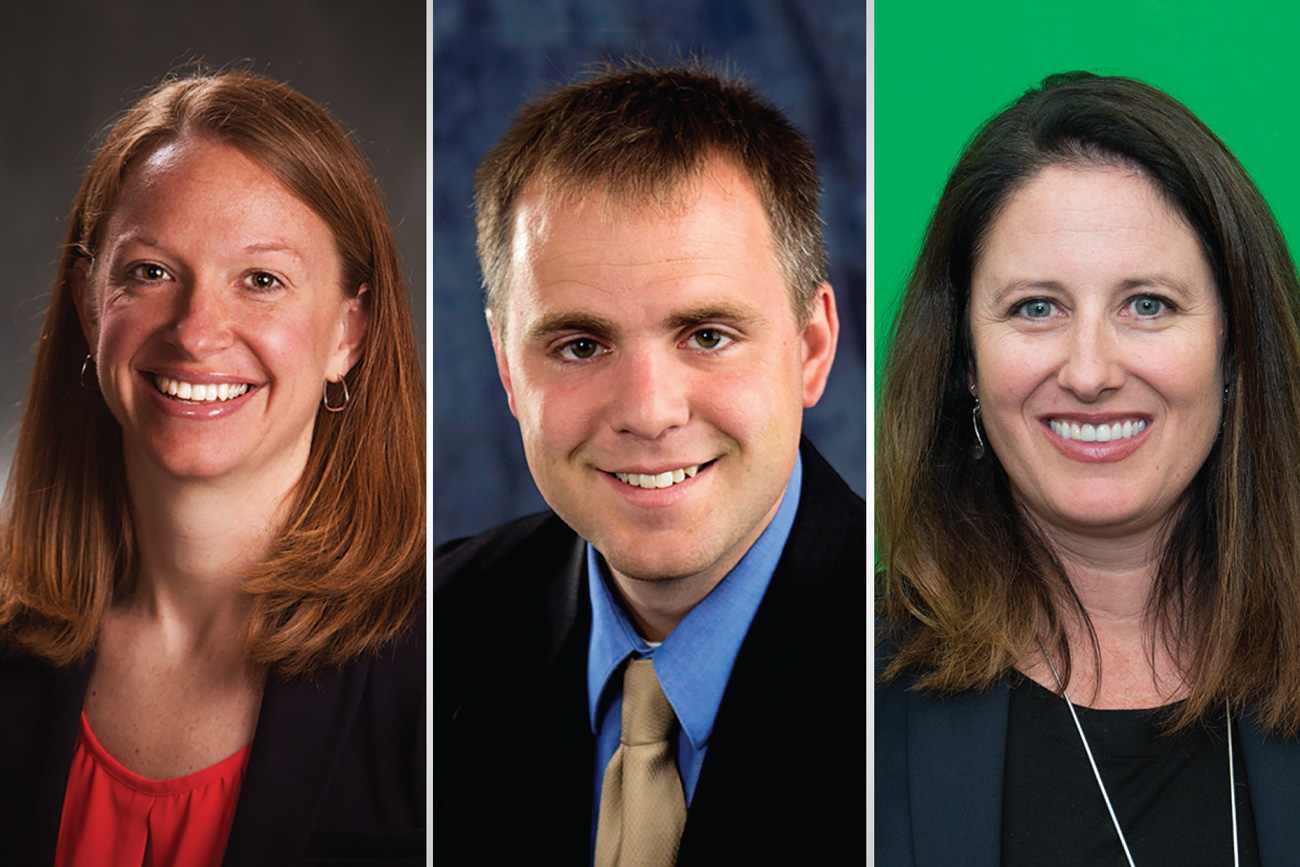 Team Insight: It has been quite a year-and-a-half for high school sports. What was the NFHS’ approach to dealing with COVID-19?

Lindsey Atkinson: COVID-19 considerations for each sport were produced that states could use as guidance. Many of them (states) were required to follow their health departments and local and state government restrictions.

Is it possible to get an accurate gauge of high school sports participation from the last school year?

Julie Cochran: It’s difficult to go back into last year’s COVID-19 participation as it was a fluid year for a lot of states with rules changing on a daily basis.

How did the COVID-19 pandemic impact participation in girls’ lacrosse?

Atkinson: We will not have participation data for girls’ lacrosse for 2021, but as an outdoor sport it was less impacted than our indoor sports. The indoor sports obviously suffered the devastation of losing their entire 2020 season.

In your role as director of sport for boys’ lacrosse for the NFHS, what was one of your biggest takeaways from this past season?

Did anything good come out of your efforts of getting a season in during the pandemic?

Weaver: This past season a COVID-19 modification was implemented for faceoffs to assist with distance between players. Consequently, the committee saw this as a positive change for the sport that ultimately allowed for a fairer and safer faceoff format. That change is evident elsewhere, as many area of the rules addressing faceoffs and player safety have been changes for the betterment of all players and officials.

Are there any other specific changes we should expect for boys’ lacrosse in the not-too-distant future?

Weaver: The major one is that one starting with the 2022 high school lacrosse season with the faceoff. According to the NFHS, modifications introduced to the faceoff rule in high school boys’ lacrosse during last season as a result of COVID-19 proved to be a major focal point with changes adopted for the 2022 season. The change coincides with addressing risk minimization for the upcoming season, including the newly added requirement of a protective cup or pelvic protector to limit blunt trauma injuries.

How did the COVID-19 pandemic impact participation in boys’ lacrosse?

Weaver: We will not have participation data for 2021, but, like the girls’ side of the sport, as an outdoor sport boys’ lacrosse was less impacted than our indoor sports. They obviously suffered the devastation of losing their entire 2020 season.

“A majority of states were able to compete during their traditional volleyball seasons, but others had to delay or even postpone seasons to the spring of 2021. State health departments played a huge role in how sports looked in the fall of 2020.” – Lindsey Atkinson

In your role as director of sport for girls’ volleyball for the NFHS, what was one of your biggest takeaways from this past season?

Atkinson: A majority of states were able to compete during their traditional seasons, but others had to delay or even postpone seasons to the spring of 2021. State health departments played a huge role in how sports looked in the fall of 2020. Mask mandates, spectator limitations and playing rule modifications were implemented differently in each state.

In your role as director of sport for high school basketball, what has been one of the biggest rules changes in that sport?

Atkinson: The most significant rules change for basketball is the permissibility of state adoption of the 35-second shot clock, beginning with the 2022-23 school year. I look forward to working with the rules committee over the next few years to build resources for our state associations who choose to adopt the shot clock. The 2021-22 Basketball Rules Book will include shot clock guidelines to aid state associations as they begin planning for implementation.

How did basketball fare during the pandemic?

Atkinson: As an indoor sport during the height of the COVID-19 pandemic, basketball was significantly impacted. Based on the data the NFHS received from our membership, about 23 states were able to hold traditional basketball seasons including a post-season. The other 28 state associations delayed or modified their seasons.

The ongoing debate about vaccinations \ hit the high school sports community when schools reopened this summer, as the National Federation of State High School Associations (NFHS) took a strong stand on the need for vaccinations to assure players stay on the field and games are played. In a missive to association members, executive director Dr. Karissa Niehoff laid it all on the line. That message is excerpted here:

Last year, many states were unable to experience the excitement of fall sports due to restrictions from the coronavirus. Now, the spread of the Delta variant is causing challenges to keeping students in schools in many areas of the country. However, thanks to mitigation strategies that are well defined now and the availability of vaccines, there is a resolve that #WeCanDoThis.

The NFHS, along with the NCAA, the U.S. Olympic & Paralympic Committee, the National Athletic Trainers’ Association and eight national medical organizations have joined with the U.S. Department of Education’s effort to promote COVID-19 vaccination for school-age students ages 12-18.

Many schools and state associations have strived to ensure that high school students have opportunities to participate in sports and performing arts this year.

The District of Columbia State Athletic Association (DCSAA) launched a social media campaign entitled “We Don’t Want to Lose Another Season,” encouraging coaches, athletic staff and student-athletes to get vaccinated.

Several states have implemented mask requirements for indoor sports and some are requiring weekly COVID-19 testing. In other states, more stringent guidelines have been adopted for unvaccinated individuals. The Hawaii High School Athletic Association has delayed its 2021 football season to September 24 and is requiring all student-athletes, staff and volunteers to be fully vaccinated.

The Connecticut Interscholastic Athletic Conference (CIAC), the State Department of Public Health (DPH) and Gov. Ned Lamont urged student-athletes to get vaccinated. In an article in the Hartford Courant, CIAC executive director Glenn Lungarini said, “Our purpose is to educate first ... We’ve partnered with DPH to educate people on the benefits of the vaccine and how that will help them stay in in-person instruction as well as be able to stay on the field to play.”

The bottom line is that more than 12 million students in high school sports, speech, debate, band, theatre and other activities want the chance to compete in these programs — an opportunity that wasn’t there for many last year.

According to an article from Reuters, the Fordyce (Arkansas) High School football team is doing something besides running practice drills to prepare for the season. In an attempt to win a third straight state championship, many of the Fordyce football players decided to get the COVID-19 vaccine.

“Football is the bedrock of the school culture; it’s the bedrock of this community,” said Dr. Judy Hubbell, superintendent of the Fordyce School District. “And I think that a lot of kids are getting vaccinated because they don’t want to miss a ball game.”

According to a post on www.WWLTV.com in New Orleans, almost 50 players on the football team at John F. Kennedy High School received their COVID-19 vaccine with the hope other students will follow their lead.

“We’re just trying to lead by example, that’s all, that’s all we’re trying to do,” said Jaquane Glover, a JFK High School running back. Linebacker Devin Reed got the vaccine “to not hurt my teams. We’re a brotherhood.”

Many students are doing whatever is necessary – vaccines, social distancing, wearing masks, washing hands – to play high school sports and performing arts – that’s how important these activities are!