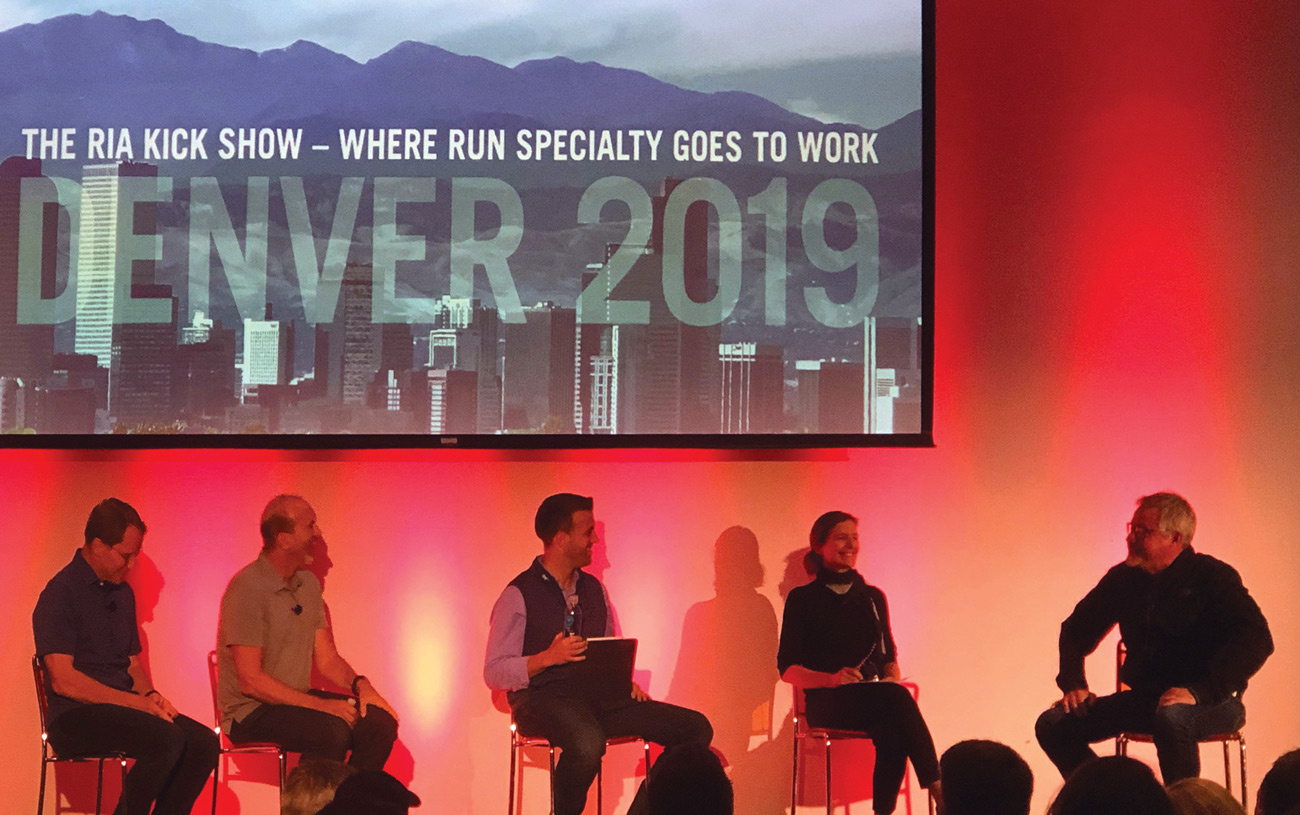 In a no-frills, get-down-to-business event that some attendees said had similarities to the Grassroots Outdoor Alliance Connect Show for outdoor specialty retailers, 24 key running brands and 65 to 70 key U.S. running shop owners and staff convened in Denver last week on the eve of Global Running Day for the inaugural KICK Show from the Running Industry Association. RIA Executive Director Terry Schalow said the organization will assess feedback from all participants before deciding when and where the next KICK Show will take place.

The event’s immediate focus centered on previews of Spring/Summer 2020 product lines, a steady exchange of ideas for the category and the cultivation of stronger connections between senior company executives and store owners. Rebate incentives were offered to attending retailers for writing certain orders during the four-day event.

Broader concerns and issues in the industry were also a talking point at the event, namely, the need for cohesive strategies by vendors and specialty stores alike. Key among them: Increasing store traffic flows in the wake of more competition and sparking broader consumer interest in the physical activity.

While still the largest athletic footwear category, wholesale running shoe sales rose a meager 1.6 percent in 2018 to $4.71 billion, according to the 2019 SFIA Manufacturers’ Sales by Category Report, compared to 10 percent annual growth for the Classics/Originals segment, 18 percent expansion for Skate/Surf shoes and a 12.5 percent increase for Casual/Fashion styles to more than $991 million wholesale. Meanwhile, while casual running participation (1 to 49 times annually) has risen more than 3 percent over the last three years to nearly 24.4 million; Core Running (more than 50 times annually) dipped 6.4 percent in 2018, according to SFIA data to almost 25.1 million and is down 3.3 percent since 2013. First quarter retail sales of running shoes were down in the mid-single digits, according to NPD Group data.

Nike’s participation at the KICK Show rattled some run specialty attendees, most seemingly frustrated by their lack of access to key Swoosh run performance styles for their shops. Scott Gravatt, the brand’s running lead, was quick to state the brand’s long history of commitment to the category, current strategy to focus on particular run shops in key markets and appeared keen on soothing the concerns of KICK attendees about the brand’s intentions in running. (Hear more on the Sports Insight Extra podcast)

Brooks Running, despite recent delivery woes out of its new Indiana distribution center, was front and center with attendees on its plans to retain the segment’s top market share position. During an opening night panel, Brooks CEO Jim Weber told the KICK audience, “If your strategy changes every three months, your customer is never going to figure you out.”

Nathan Hohenstein, co-owner of the Tortoise & Hare shop in Glendale, AZ, said he was having very productive meetings and was “impressed” with the show’s format. Before heading home to a new baby and his store, he said was mostly focused on building a buying strategy for Spring/Summer 2020 orders, but said he would not write any paper in Denver. An associate was staying behind to review “Growth Brand” collections on KICK’s final day.

From a footwear product perspective, new midsole foams were the most prevalent technology on display. Some suggested the continued emergence of more and more new catchy-named materials, including the recently launched FuelCell from New Balance, was partly a response to the ZoomX midsole from Nike, which the company touts as a “magically energetic, lightweight foam” (first used in the Zoom VaporFly 4%) that offers more cushioning without the weight and delivers 85 percent energy return. The bottom line: These new foams are being touted as protecting the runner longer with more durable cushioning.

“The end consumer is always looking for innovation in his or her running experience and optimum performance,” suggested Ike Alvear, head of sales and markets for 361.