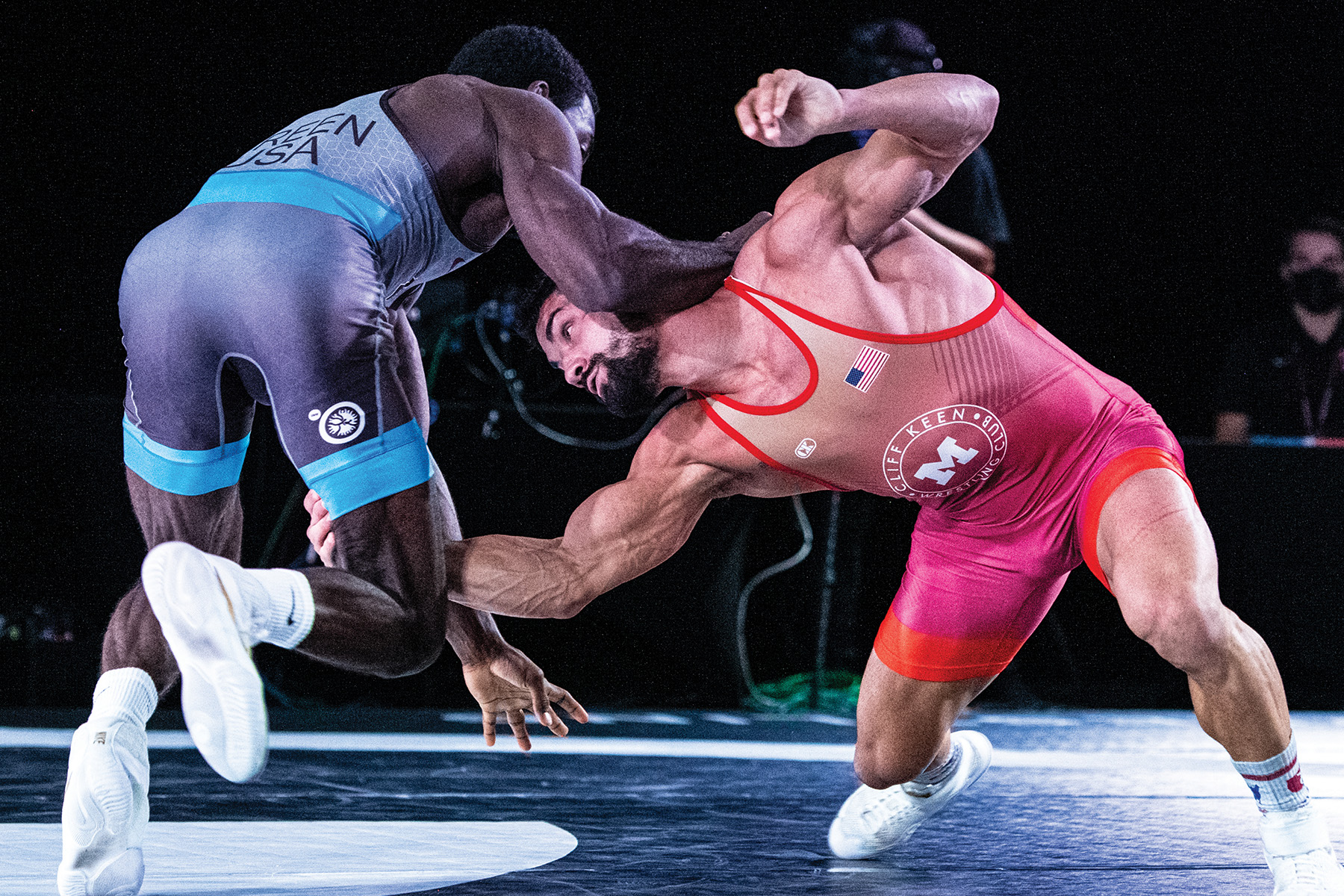 Wrestling is pinning its hopes for growth on a recovery from pandemic losses.

Wrestling is pinning its hopes for growth on a recovery from pandemic losses.

For insight into the state of wrestling as the 2022-23 season winds down, it is best to turn to someone on the front lines of the sport. And his opinion is that the future looks pretty bright.

“We’ve experienced what has felt, at times, like an insatiable appetite for wrestling product,” says Chad Clark, senior VP at wresting supplier Cliff Keen. “I think it’s pretty safe to say wrestling numbers have bounced back quite well across the country.”

And while admitting that “there are pockets with greater, or lesser, numbers, overall, from what we’re hearing, participation is quite robust, which is a great sign for our sport and for our brand.”

The numbers certainly back up Clark’s assertion. According to the Sports & Fitness Industry Association (SFIA), overall participation in the U.S. in wrestling from 2019-2021 hovered in the area of 1.9 million participants, of which the vast majority of them are male. But beyond the numbers, it’s safe to say that while the actual number of wrestlers will never get close to the numbers posted by soccer, baseball and basketball, those who wrestle are passionate and committed. And they buy a lot of product.

It’s no secret that wrestling – with its close contact and indoor setting – was hurt more than most sports by COVID-19 restrictions and concerns. Yet at the high school level, the sport’s post-pandemic future is promising — and the reason may be surprising to some.

“We know that during the 2021-22 school year, the number of students who left the sport (of wrestling) were in excess of 6000 or more,” reports Elliot Hopkins, director of sports, sanctioning and student services at the National Federation of State High School Associations (NFHS). “Fortunately, because of an increase of over 30,000 young ladies entering the sport, we moved up in the total number of participation of boys and girls to number six in the United States, slightly ahead of cross-country.”

According to figures compiled by the NFHS, more than 30 state associations officially sponsor/sanction girls wrestling in the U.S.

While it’s fair to say that girls’ wrestling is still “the new wrestler on the block,” so to speak, it’s picking up in popularity in all sections of the U.S.

“We used to see pockets of girls’ wrestling in bigger numbers in places like California, Michigan and parts of the Southeast, but we’re seeing women’s wrestling really growing all across the country,” Clark says. “We’ve climbed up to 35 states now with an officials girls’ wrestling championship. That number has more than doubled in just a few short years.”

Interestingly, on the apparel side, Clark feels that singlets are a more popular choice over the two-piece uniforms.

“Singlets are number one, for sure,” said Clark. “We definitely make a lot of two-piece uniforms, as well, but that has slowed its pace a bit from when it first came on the scene. I think wrestlers realize the most practical and efficient uniforms for wrestling are singlets.”

From the Front Lines

Reports from others on the front lines – dealers and coaches – sound the same optimistic tone for the sport for both genders.

According to Claussen, there are so many girls wrestling in Indiana that they often compete against boys in their weight class.

And, in many cases, demand is strong for wrestling product by boys as it is for girls, especially in his market.

“The other day, I shipped 36 singlets to a high school,” added Claussen.  “Half the singlets were for the boys and half were for the girls.”

If you ask Travis Gray, the head varsity wrestling coach at Wellington High School about the state of high school wrestling, he’ll give you two thumbs up.

“Our numbers are actually higher this year than ever before,” says Gray, now in his 17th year as the head coach of the varsity wrestling program at Wellington High School, located on the outskirts of West Palm Beach, FL. “We currently have 77 wrestlers on the high school team.”

For the most part, COVID-19 is now just a distant memory.

“We don’t have any restrictions in place for COVID,” Gray reports.

As is the case across the country, wrestling is no longer the exclusive domain for boys.

“We have 15 girls this year and I would say they are all very different in personality,” he observes. “Most of them are very competitive, but others are just trying the sport as something new.”

When it comes to wrestling apparel, the wrestlers in Florida are no different than the ones in other parts of the U.S.

“The singlet is still more popular, I think primarily just due to tradition,” according to Gray. “We give the kids both options and many of our new wrestlers choose the two-piece, but will switch to the singlet when they see that the majority of wrestlers wear it.”

Gray, who spent four years coaching wrestling in Minnesota before moving to Florida, travels the country with his local club wrestlers so he’s aware of the hotbeds of wrestling in the U.S.

“The Midwest and the Northeast are still pretty dominant in wrestling,” he reports. “At the high school level, it is Pennsylvania, New Jersey, Ohio, Illinois and Minnesota at the top.”

And his home state of Florida “has made tremendous strides though and is close to the top 10 at this point.”

Girls Take It to the Mat

The numbers certainly tell the story behind the impressive and welcome growth in girls’ wrestling across the country.

• Since 1994, the number of women who are wrestling in high school has grown from 804 to more than 31,000 and in 2022 the National Association of Intercollegiate Athletics (NAIA) adopted women’s wrestling as its 28th championship sport.

• In 2020, the National Junior Collegiate Athletic Association (NJCAA) announced that it would recognize women’s wrestling as an emerging sport.

• In 2019, the Women’s Collegiate Wrestling Coalition announced the creation of the Cliff Keen National Collegiate Women’s Wrestling Championships for NCAA teams. The event was hosted by Adrian College on March 6-7, 2020.

• In 2019, the Committee on Women’s Athletics recommended Emerging Sports Status for women’s wrestling to the NCAA.

• In 2018, the NAIA granted Invitational Status to women’s wrestling.

• More than 100 colleges/universities in the U.S. now sponsor a varsity girls’ wrestling program.

• Since 2004, women’s wrestling has been a recognized Olympic sport.