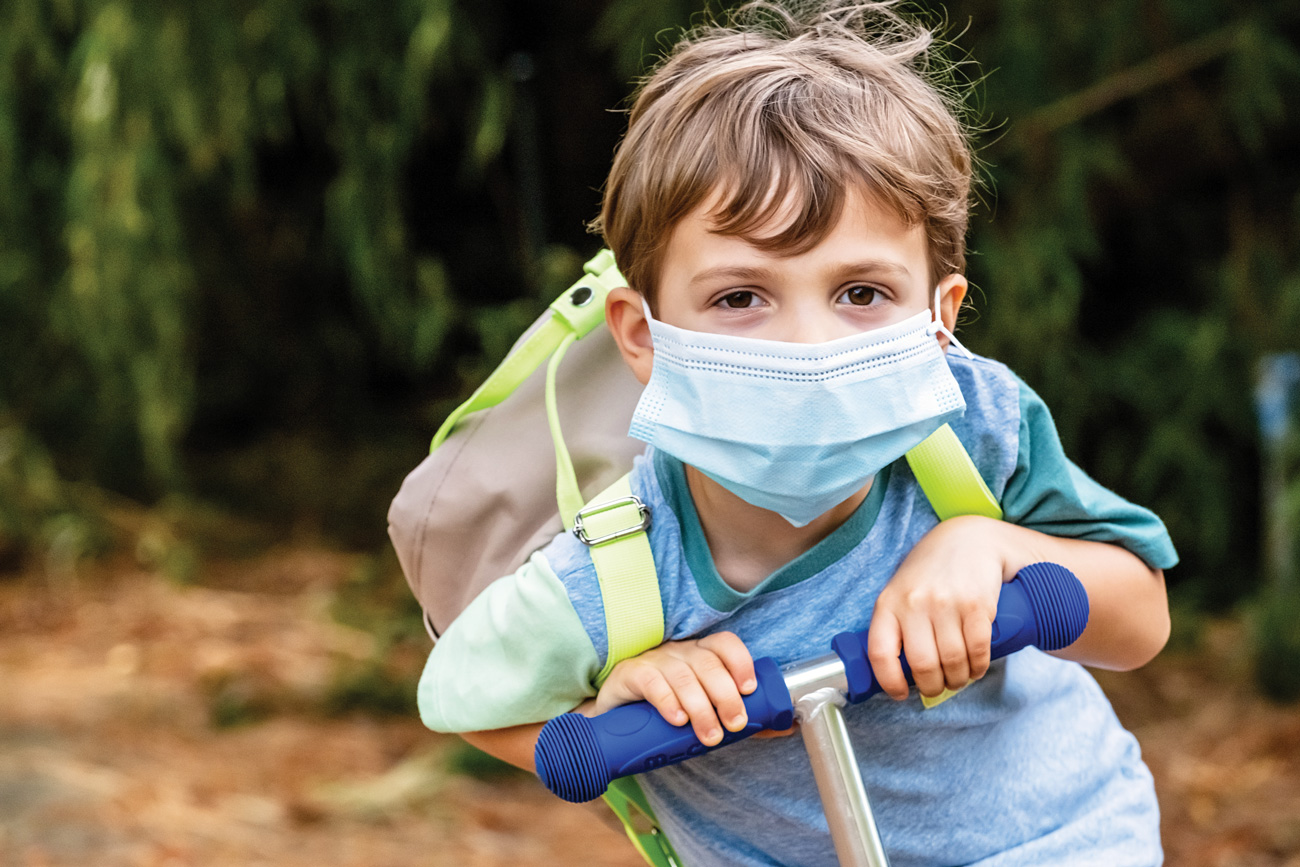 Ringling Bros. and Barnum & Bailey may have faded into the annals of U.S. history, but there will be plenty of balancing acts to watch this upcoming Back-to-School season as retailers try to figure out a strategy for a B-T-S the likes of which we’ve never experienced before.

Footwear retailers have always had to hedge their pre-season buying bets on the  brands and styles young consumers will gravitate to as they return to classrooms. Over the years, this task has been complicated by staggered school start dates, regional differences and a growing inclination by students to delay their purchases until the actual classroom return.

Complicating the 2020 back-to-school retail approach are overhang effects from the COVID-19 pandemic. Some school districts may continue remote learning, delaying or limiting students’ return to the classroom — and the need for parents to purchase the hottest kicks. These instances are a worst-case scenario for footwear retailers already dealing with factors that impact consumer purchases. Among them: Economic uncertainty and unemployment impacting discretionary spending; ongoing health concerns; promotional environment and excess inventory impact; rising e-commerce and curbside pickup demands; and pared back brand assortments.

In 2019, the annual National Retail Federation and Prosper Insights & Analytics survey projected that U.S. families with children in elementary through high school would spend $696.70 on average for the upcoming back-to-school season. The study also found that 51 percent of all school-related purchases would be influenced by sales and promotions. This year, given all the footwear and apparel that remained in closed brick-and-mortar doors between mid-March and mid-May, coupled with recent retail bankruptcies and closures, the availability of “special buys” will likely rise. To limit the margin impact, some footwear vendors are taking back excess inventory to sell through on their direct-to-consumer sites and promising to deliver a steady dose of product “freshness” for those headed back to classrooms and college campuses. In other cases, unsold core footwear styles are being packed away for retail re-release in Spring 2021.

In a recent blog post about sports retail under COVID-19, NPD’s Matt Powell offered a number of insights. Among his observations: there are heightened levels of consumer interest in wellness and fitness post-pandemic; rising brand loyalty among consumers; a possible shift away from sport lifestyle footwear to more versatile, multipurpose performance shoes; a likely resurgence in running footwear and ongoing strength in e-commerce and DTC sales by vendors and key retailers alike. More disturbing for B-T-S prospects, Powell also suggested a “bumpy recovery” for physical retail stores, citing CivicScience research suggesting 50 percent of Academy Sports & Fitness customers will be comfortable shopping in-store in more than four months and 30 percent of Foot Locker and The Finish Line customers citing the same four-month window. (Dick’s Sporting Goods’ customers had a more favorable outlook, with approximately half suggesting they would shop in-store soon.)

Caleres CEO and President Diane Sullivan cited performance categories, sport lifestyle casual and easy-wearing footwear as where the market is today, and added Famous will continue to support iconic brands that have been performing well in the banner, but will lower investments in traditional casual and dress footwear.

Cliff Sifford, CEO of Shoe Carnival, told analysts that the last 10 days of fiscal July 2019 began the chain’s seasonal ramp-up last year and generated 50 percent of its sales for the month.

In spite of a challenging first quarter, Shoe Carnival was pleased with the sales performance of athletic and children’s during the period. Sifford also agreed with an assessment from Susquehanna’s Sam Poser that lifestyle footwear is going to be “much more casual” going into 2021.

Kohl’s, which has doubled its active business since 2013, says it remains committed to the category and that continues to show momentum due to customers’ renewed focus on staying healthy. The 1,000-plus store chain is utilizing 40 percent of its doors to fulfill online orders and has seen adoption of its recently launched drive-up pick-up service quickly surpass BOPIS (Buy Online, Pick-Up In Store).

As for the chain’s overall B-T-S approach, CEO Michelle Gass says it is planning “very prudently and cautiously,” but will bring in fresh merchandise for the season.

Zumiez CEO Rick Brooks recently told analysts that the lifestyle chain, which grew its online sales nearly 76 percent during the last two months of the first quarter, believes the banner’s young customer has “pent-up demand from two months of quarantine and is looking for newness and interactions with the brands they trust…And we believe there’s less competition for discretionary dollars.”

“We feel there are just so many uncertainties about what B-T-S is going to look like.”

The chain’s merchandising team worked diligently to cancel or push out orders in the first quarter due to the pandemic, ending the period with only a 0.3 percent increase in year-over-year inventory.

“We feel there are just so many uncertainties about what B-T-S is going to look like,” Brooks said. “We certainly have reduced hours. Remember, we’re doing these [sales] results in most cases in a large majority of our locations where traffic has been metered between 25 to 50 percent of occupancy. So we’re still uncertain about what all that means [and] how does that translate into a peak season?”

Nonetheless Zumiez buyers are continuing to pursue fall inventory, particularly in the skate and apparel segments, despite some market supply chain challenges.

Foot Locker, which found its apparel business “a little bit difficult” in the first quarter, believes one of the big positives in the upside-down first quarter, when the vast majority of its doors were shuttered, was its omnichannel status, which it plans to leverage even further.

“We’ll use our store assets to make sure that we’re connecting with people and getting them to look at our digital and social content.”

“We’ll use our digital assets to drive people to the stores,” CEO Dick Johnson told analysts. “We’ll use our store assets to make sure that we’re connecting with people and getting them to look at our digital and social content… I think that consumer has become more adaptive and more comfortable to shop across channels with us.”

Foot Locker’s inventory was up approximately 20 percent at the end of the first quarter. Management is focused on managing the flow of products as its stores reopen.

“There are multiple scenarios that we planned against, but I think we’ve demonstrated how very nimble we are in adjusting that and responding to how our customers are responding to the products,” said Lauren Peters, Foot Locker CFO.

The many possible impacts on 2020 Back-to-School will require retailers of all sorts to improve their balancing act skills to effectively “walk the tightrope” and reach the other side: The holiday season and a path to a (hopefully) less-pandemic-affected 2021.