Reinventing Made In America

With Clover & Cobbler, Jaclyn Jones is making the factory she couldn’t find.

Reinventing Made In America

With Clover & Cobbler, Jaclyn Jones is making the factory she couldn’t find. 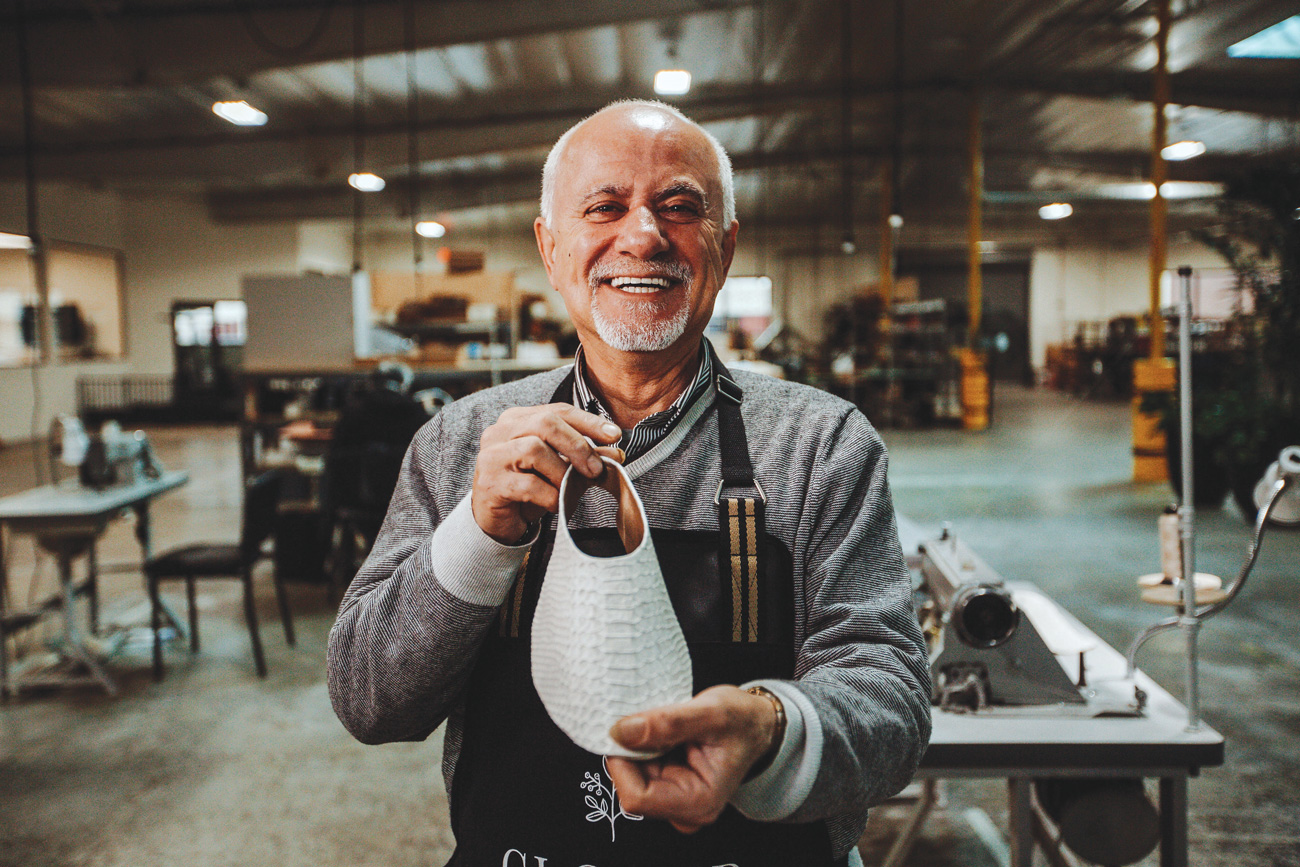 When Jaclyn Jones wanted to launch her namesake brand in 2015, finding a factory in the U.S. who would take her on was no easy feat. Five years later, not only does she manufacture Jaclyn Jones USA domestically, she owns the factory that makes it. And at Clover & Cobbler, she’s determined to make American manufacturing simpler, more sustainable and more accessible to designers and retailers than ever.

Located in the Van Nuys neighborhood in Los Angeles, today Clover & Cobbler makes three in-house lines — Jaclyn Jones USA, Salpy, and Californians, which launched this spring — and produces product for 10 to 15 private label lines at any given time in the 20,000-square-foot factory space it opened in 2018. A showroom on the factory floor is set up for meetings, line reviews and conferences, and features  swatch wall and samples from local resources the factory uses and recommends. And Jones and chief production officer Kim Thomas keep it in use: Jones said she company fields so many calls and messages from aspiring designers, manufacturers and stores looking to create in-house brands that they’ve set up a formal interview process to triage potential clients, as well as to connect designers who aren’t at the manufacturing stage yet with local consultants.

Jones said it’s a direct response to her own experience.

“I had made all the designs, but there was no information about how to take the next step. I looked heavily for six months — I had quit my job, and this was 100 percent my day job and my night job,” she said.

While L.A. has a number of operating footwear factories ranging from small garage factories to big European-style operations, she said, “the factories I did find mostly made their own brand and didn’t do private label, or they had big minimums.” Eventually she connected with Thomas, who at the time was a consultant specializing in Made in the USA product. Even still, Jones said, she had work with two smaller factories — one that did pattern-making and another specialized in making hand-carved wooden heels and could do outselling and assembly — to create her shoes.

It was the second factory — International Last, owned by Salpy and Kevork Kaladjian — that would eventually change her plans. After working closely together on Jaclyn Jones USA and on Salpy Kaladjian’s namesake line, the Kaladjians asked Jones if she’d be willing to buy both the factory and the line. They were looking to step back, and while they’d been approached by bigger labels and Chinese factories, they wanted the factory and what they considered a family of workers to be in the hands of someone who wanted to run it, not just acquire its assets and contacts. But after initially saying no, Jones said, she started to see the potential.

“I was saying, ‘I don’t know how to run a factory!’ But then I thought, I’m in here every day, and I do know how — and on top of that, I see all the things that could be done better,” she said.

Enticed by the rare chance to pair a fresh start with the benefits of an existing business, Jones began the transition leading up to the October 2018 purchase, leasing a new factory space 15 minutes from the old location and stripping down all the old equipment to be cleaned and tuned up. (Having the factory floor be an inspiring, creative, feminine place was important to her, Jones said: when the time came to re-enamel the machines, she had it done in teal.)

The new space allowed for changes that better fit her vision of what a modern, forward-looking American Made production facility could be. She transitioned all product to use water-based adhesives to improve both sustainability and workers’ health, and installed $50,000 worth of dust collection and air filtration systems for the same reasons. She also reset the layout, creating true production lines that product could flow through with carts that could follow any given collection through the whole process.

Today at Clover & Cobbler — she changed the name when she acquired the business — Jones and Thomas, as well as Salpy Kaladjian and marketing and sales people, work out of the office, with 23 workers on the floor — half of whom, including the three floor supervisors, are women. “They’re artisans doing their craft,” Jones said. They offer full-service line development, lasting and production. And, Jones said, operations are geared to give new brands the services they need.

“We have zero minimums so new brands can start out,” she said. “We keep the pricing in short breaks so they can decide what they want to do.”

Jones said part of the job is walking prospective clients through what the pricing means.

“A lot of people come to us and expect to make shoes that retail for $30, and that’s not realistic,” she said. It’s not apples-to-apples with overseas costs, she said: “With the [lower] price per shoe, you’ll also have to pay shipping and customs, and [account] for the time you’re losing on your timelines.”

The offering has clearly struck a nerve. Jones said business has grown steadily, with increases in people looking for vegan and sustainable options especially. And Jones said she sees further growth opportunities for boutiques.

Some of the business coming her way is the fact that she — unlike the factories she once tried to find — is active online, she said. She thinks there’s a cultural shift that’s driving people to seek her out online.

“We’re in a certain economy where everyone wants to be an entrepreneur and can be a entrepreneur,” she said. “That movement within the younger generation empowers a lot of people to try it out.”

Tags:
Made In America