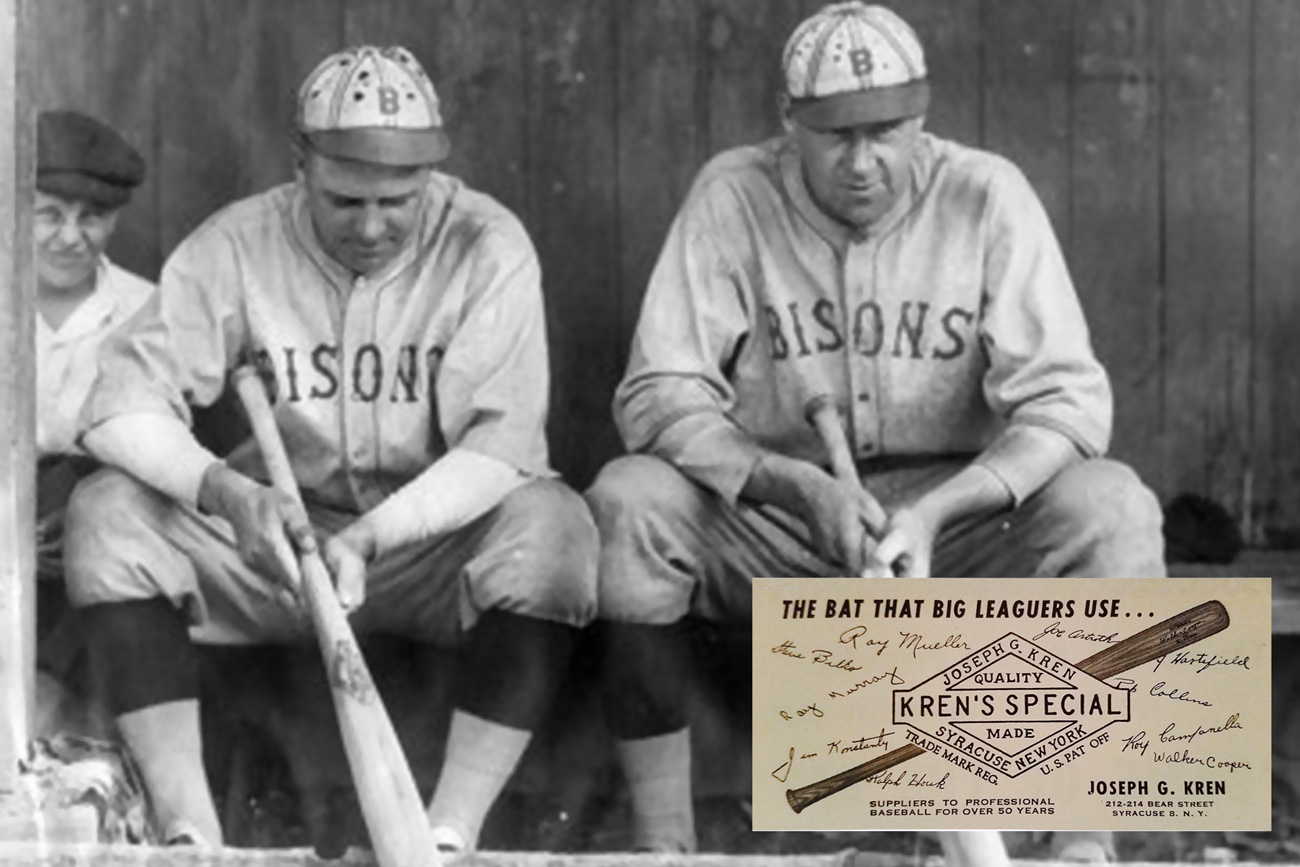 The Kren Bat Company, founded in 1913 and which sold an estimated five million bats from 1913 until 1953, has been purchased by the Red Eye Elephant Group. The new owner plans to relaunch the brand in Spring 2022, which some bats to preview this spring.

Founded by Joseph Kren, an Austrian immigrant with a pension for the wood trade and an appreciation for the game of baseball, the company has provided bats to many of the best to play the game and a Baseball Hall of Fame roster that includes Babe Ruth, Lou Gehrig, Shoeless Joe Jackson, Jackie Robinson, Roy Campanella,  Mel Ott and Honus Wagner.

The company’s original turning equipment is in the Hall of Fame, along with several bats that were used by stars of that day.

The Kren new website is under construction and will eventually combine a historical retrospective with consumer sales of its Pro Grade bats. The public will also be able to buy bats in the exact turn and size in ash similar to its early products.