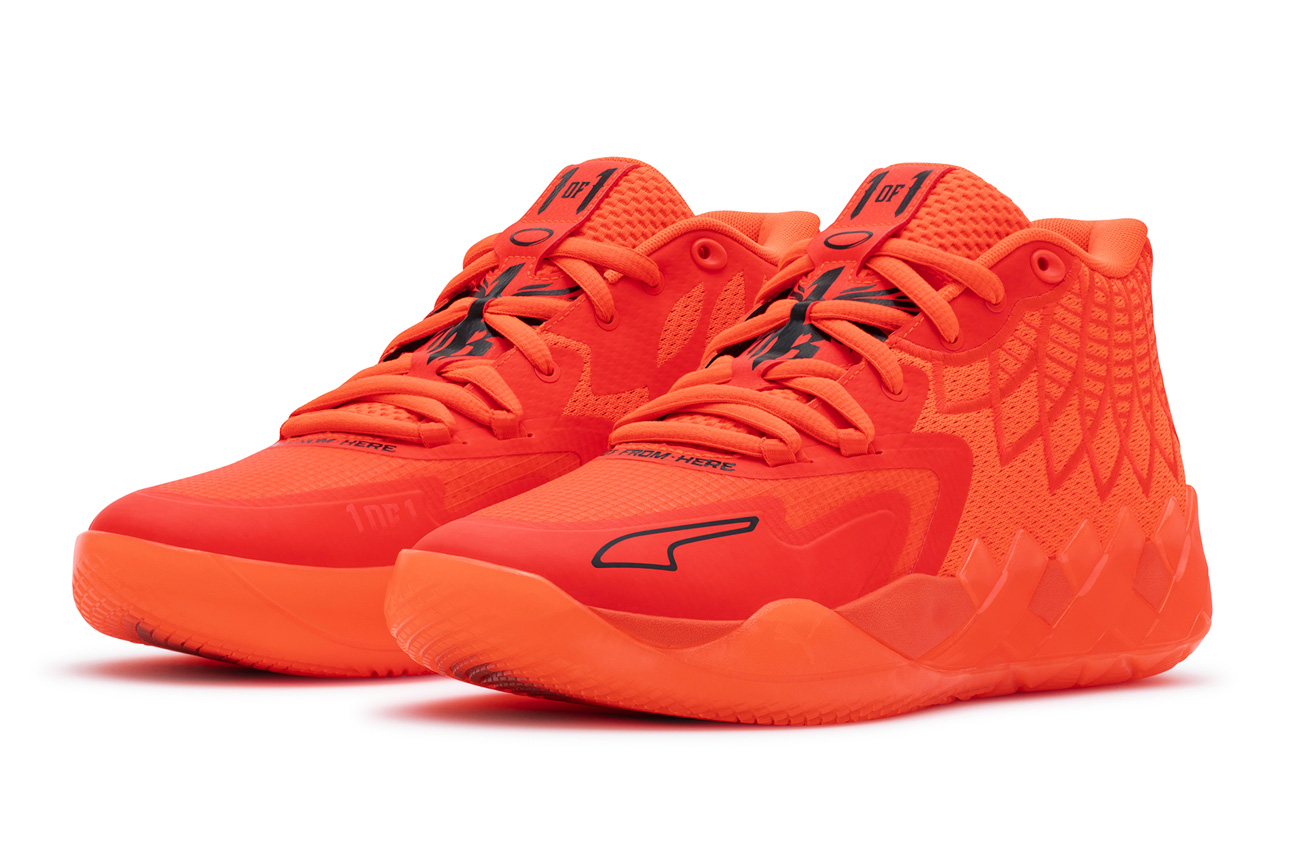 Puma will release the MB.01, a signature basketball shoe for LaMelo Ball, in December.

Through the first nine months of 2021, The Cat’s North American sales are up 59 percent. The regional topline slowed to a 23 percent increase in Q3 after jumping 41 percent in Q1 and 158 percent in Q2. Overall, the company’s year-to-date global sales are up 39 percent to $5.8 billion and the company has raised its full-year revenue growth outlook to 25 percent from 20 percent.

In Q3, Puma’s Americas’ region sales were 31 percent higher y-o-y in constant currency to the equivalent of $810.7 million. Global y-o-y footwear sales increased nearly 22 percent in the period to $980.7 million; apparel sales increased 21 percent to $851.3 million. By channel, the brand realized almost a 23 percent gain in wholesale revenues, an 18 percent increase in brick-and-mortar and 4 percent improvement in ecommerce sales.