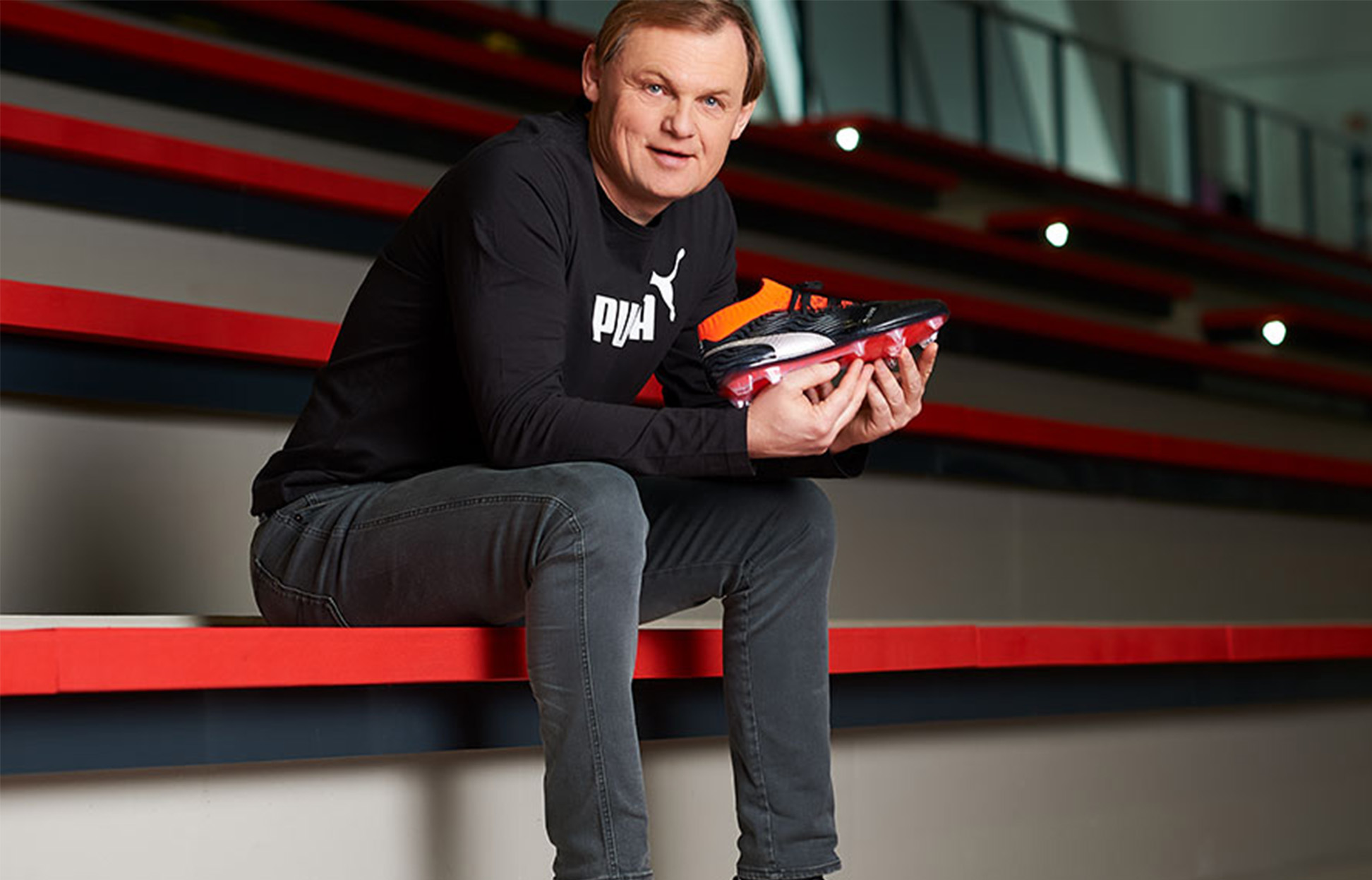 Bjorn Gulden Is Leaving Puma and Taking Over at Adidas.

Bjorn Gulden Is Leaving Puma and Taking Over at Adidas.
November 9, 2022
By
Bob McGee
&
No items found.
Issue
Newsletter
Share:

The battered Three Stripes, in desperate need of a positive game changer for its business, has landed one in the form of outgoing Puma Chairman and CEO Bjorn Gulden, who yesterday was officially announced as the next CEO at Adidas. When Gulden, 57, formally joins Adidas on Jan. 1, where he formerly led the brand’s apparel and accessories business in the 1990s, the vital question will likely center on his ability to have more impact on the brand, financial and otherwise, than former Adidas endorser and collaborator Kanye West. The answer will not be known for months, if not years. Current adidas AG CEO Kasper Rorsted is officially stepping down on Friday with CFO Harm Ohlmeyer assuming leadership of the company on an interim basis until year’s end.

Gulden’s exit from Puma, where he raised The Cat’s stature, profile, and profitability over the last nine years, was confirmed Nov. 4 when Puma SE named Arne Freundt as CEO and Chairman to a four-year term, effective on Jan. 1. Freundt, 42, has worked for Puma for more than a decade and has served as the company’s chief commercial officer since June 2021. His appointment and ascension became apparent after Gulden informed Puma that he would not be renewing his employment contract set to expire on Dec. 31.

Public leaking of Gulden’s possible return to Adidas first surfaced during an analyst’s question on Puma’s most recent earnings conference call. Gulden brushed off the inquiry. Subsequently, German magazine manager magazin reported that he would be succeeding outgoing Adidas CEO Kasper Rorsted in 2023.

Wall Street responded favorably to the indication, only a week after RBC Capital cited the numerous issues plaguing the Adidas business currently, including inflationary pressures in North America, an inventory glut, China, and its decision to exit its profitable partnership with Kanye West over the artist’s antisemitic remarks among other issues. Shares in Adidas, down 66 percent over the last 12 months, rose 25 percent on Nov. 4 to $56.90, likely on Street hopes that Gulden will be able to engineer a turnround. Earlier today, Adidas announced 4 percent currency-neutral growth that included double-digit sales improvement in its North American Direct-To-Consumer business, but also lowered its FY22 outlook due to numerous factors. Among them: some nearly $500 million in excess inventory, lower traffic trends in China and its Oct. 25 decision to terminate Kanye West’s Yeezy partnership.

It's not clear if Gulden, who formerly led Pandora as its CEO and European footwear retail behemoth Deichmann (parent of Rack Room Shoes), will attempt to poach any of Puma’s top talent. In Puma’s statement, announcing his departure and Freundt’s appoint, Gulden said, “I felt it was the right time for Puma, my successor and me to leave now. I still have a lot of energy and want to at least continue 5-10 more years in an operational role, which I think would have been too long for Puma…”

For sure, 2023 is shaping up as one with big changes in the athletic company sector. Besides Adidas and Puma, Under Armour will start the year with a new CEO, a role currently being filled on an interim basis by Colin Browne who is under consideration for the position.