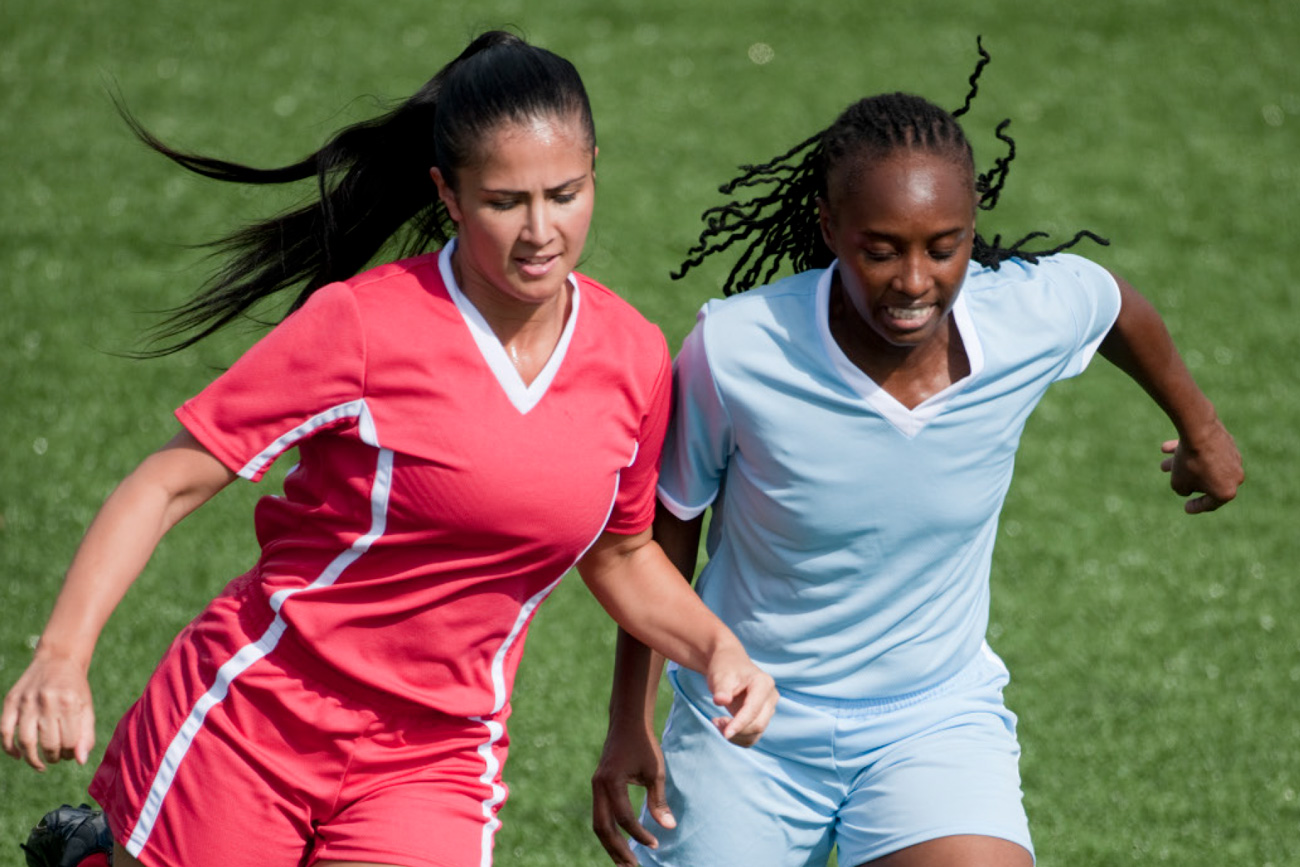 Women’s soccer is shooting on target on multiple fronts and is poised to score.

Women’s soccer is shooting on target on multiple fronts and is poised to score.

Girls’ soccer is back on the pitch and the newfound momentum among schools, clubs and select teams is good news for dealers and soccer specialty stores alike.

“Although sports are down in general – kids haven’t come back in full force since COVID – soccer does the best for us and more girls are starting at a younger age,” says Betsy Frey, owner of Holyoke Sporting Goods in Holyoke, MA. “We have a lot of travel soccer and leagues in the area and this creates more opportunities for girls to participate.”

At B&G Sports in Waterbury, CT, owner Matt Brunyansky reports that his soccer business is strong, especially with the Women’s World Cup coming up in 2023.

“Soccer is our biggest seller, followed by basketball. Being an outdoor sport, the soccer numbers aren’t as affected as much as the indoor sports,” he says.

“COVID is still having an impact and our numbers are down 15 percent for fall and winter sports, but our spring numbers are returning strong,” he adds.

Meanwhile, Mike Walter, GM of Mt. Pleasant, SC-based Lloyd’s Soccer, which also operates a location in Greenville, SC, and one in Atlanta, GA, notes that even as business picks up, there are still challenges.

“We’re not seeing huge growth in soccer, but a lot of new families have recently moved to the area so we’ll get some new players,” he says. “A lot of siblings are playing and there are more female coaches, which is a positive — girls feel more comfortable with that.”

For this year, Walter reports that his soccer business is 55 percent male and 45 percent female. “Some clubs have more girls than boys, while others have way more boys,” he says. “There are more JV teams now and that also helps. The ratio of boys to girls isn’t critical to us when we’re talking to a new club.”

On a broader scale, he believes that the U.S. women’s national team has a huge positive impact on girls’ soccer participation and the USWNT’s recent court victory for equal pay is good for women’s team sports in general. The FA Women’s Super League in England is also generating awareness and excitement.

On the product side, Walter admits that women’s apparel is tricky, primarily because of ongoing supply chain issues.

“There are shortages of everything and it’s still a challenge to find women’s apparel. Some of our futures orders are being pushed back and we’re not sure of the length of the delay, so we have to ration products — even stuff like generic T-shirts,” he says.

“But I think fall will be good. Lots of dealers over-ordered on purpose and demand will be high.”

“We need to do a better job of buying product that excites people and gets them to visit our stores or website. Most kids come to us for shoes and if we can offer apparel that excites girls, that would be great.”

He adds, “Every major brand talks about the women’s side of things, so where’s the product? There’s no magic color — we just have to find a way to present a selection of training and lifestyle product for girls. Everyone covets female athletes, but there’s still a lot to figure out.”

On the national stage, the women’s game is benefiting from a major legal victory. Players from the U.S. women’s national team have settled their class action equal pay lawsuit against the U.S. Women’s Soccer Federation for a total of $24 million.

The resolution of this case is a major victory for the players, but both sides will benefit. The women will have wrested back pay from a federation that had denied it compensated them unequally, will gain better working conditions in a separate settlement deal and will secure fairer contracts. U.S. Soccer will end litigation that had turned many fans against the organization and had complicated the sale of federation sponsorships and broadcast rights.

Players from the U.S. women’s national soccer team have settled their class action equal pay lawsuit against the U.S. Women’s Soccer Federation for a total of $24 million. U.S. Soccer has also pledged to equalize pay for the men’s and women’s national teams.

Although soccer had experienced a decrease in female participation from 2015-2019, the decline seen in the pandemic year of 2020 was less severe compared to other team sports, according to the NSGA. Female soccer has gained 61.9 percent in the decades spanning the 1980s through the 2010s.