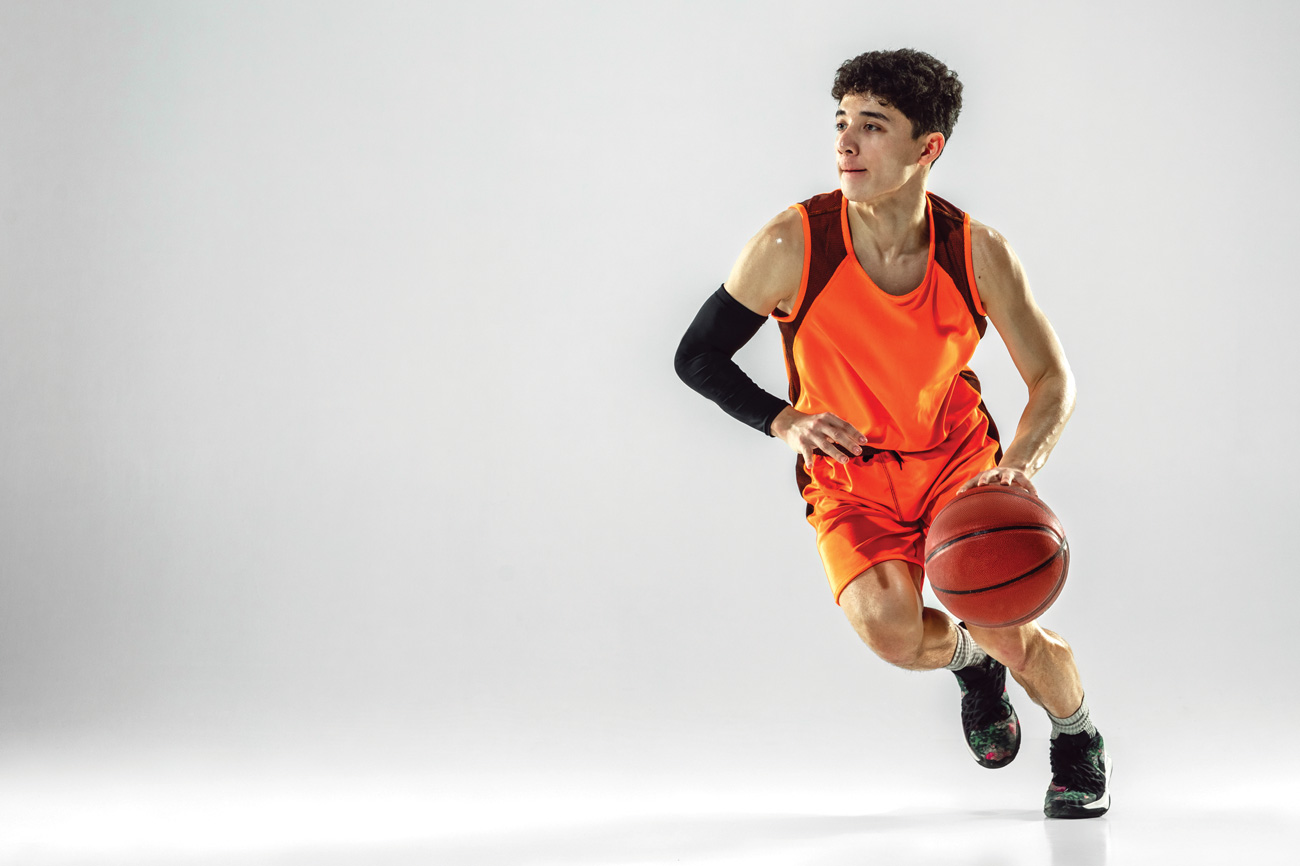 After a lost season, basketball has returned to the court and is ready to shoot and score in 2021-22.

After a lost season, basketball has returned to the court and is ready to shoot and score in 2021-22.

Think back to a little more than a year ago when one of America’s favorite sports pastimes – NCAA March Madness – was cancelled due to the pandemic. Tough times for team sports amid dark times in America.

But then recall March 2021, when the NCAA men’s and women’s basketball tournaments were once again able to take center stage and capture the hearts, minds and brackets of America sports fans. That event perhaps more than any other single event symbolized the return of team sports to an America emerging from the pandemic.

And team dealers could not be more pleased. Some had a somewhat successful, although trimmed down, high school and recreation basketball season earlier this year. Others were completely shut out. Now, based on feedback from dealers around the U.S., the air is back in the ball and basketball is in great shape headed into the all-important 2021-22 buying season.

Yes, the world of basketball is ready to shoot and score in a new, hopefully post-COVID world.

In Delaware, the recreation and high school basketball seasons went off as scheduled last winter, which was good news for Al’s Sporting Goods in Wilmington, DE, since the team dealer sells uniforms, basketballs, socks, practice gear, basketball rims and some shoes.

“Selling basketball footwear is not what it used to be for team dealers like us,” says Hart. Nevertheless, he is optimistic about the upcoming season

That optimism can be found in Florida as well, as all sports continue to have strong showings — basketball is certainly no exception.

In Jupiter, FL, after an up-and-down winter the local youth leagues had strong participation this past spring, according to Kevin Licata, manager of Medallion’s Sporting Goods, which bodes well for 2021-22.

“To keep kids safer in our local rec basketball leagues this year, they used some outdoor courts for games,” says Licata.

At the high school level in Florida, the basketball season was played in its entirety for both boys and girls, though COVID issues did cause games to be cancelled or postponed.

In the basketball-crazy state of Indiana, where this year’s men’s NCAA Division I basketball tournament was held, the sport had a great year, especially considering the disruption of play a year earlier.

“We got through the boys’ and girls’ high school basketball season and crowned champions. The only difference is that games were not played before capacity crowds in the gyms, but that should change next season,” reports Jim Brown, a salesman at Kratz Sporting Goods in Clarksville, IN. “I’m hearing very positive things about basketball. Sports are becoming important again and I expect a full basketball season this coming winter.”

And, with basketball teams playing a full season, sales should be solid for Kratz since it sells everything to do with the sport.

“We do it all in basketball,” says Brown. “We sell shoes, socks, uniforms, practice gear, basketballs, rims and entire basketball systems, if necessary.”

In Iowa, everybody – players, parents of players, coaches and fans -- is expecting to have a full basketball season this winter.

“I have already ordered some basketball product and it’s been delivered on time, as ordered,” says Derrik Netten, president of Iowa Sports Supply in Cedar Rapids, IA. “I expect basketball season and our business to be back to normal.”

Meanwhile, out in Hawaii, basketball is expected to make a complete return after not being played at all in the 2020/21 season.

“All indications are that it will be business as usual here in Hawaii for high school and rec basketball,” says Stanley Costales, Jr., owner of Sport Line in Hilo, HI.

Travel Hoops Are Back

While so much attention is focused on the high school and collegiate levels this coming winter, the sport is already thriving at the travel level and has been for months.

For instance, in the south Florida community of Wellington, during the weekend of March 6-7, the Wellington Wolves travel basketball organization and US Amateur Basketball co-hosted their 18th annual March Madness tournament. The numbers associated with this tournament were eye-opening in today’s COVID-fearful society: 202 games, 97 teams and 75 referees. Fans were expected to adhere to social distancing procedures and to wear masks, but the games were played and the event was conducted without any issues.

According to event coordinator Chris Fratalia, 57 of the 97 teams that competed in this tournament came from north Florida and for the first time in the 18-year history of this event there was a team from outside of the state, traveling all the way from Maine.

Throughout this spring and summer, other similar travel basketball tournaments (for boys and girls) have been staged, which bodes well for a successful high school basketball season starting this November.

In many respects, the many travel basketball tournaments being held this summer around the U.S. represent a dress rehearsal, so to speak, for a full return of the sport this coming winter. And high school hoops are ready to rock.

High school remains the most traditional hotbed for basketball in the U.S. Figures released by the NFHS reveal the powerful popularity of the game for both boys and girls.

The Team Dealer As Educator