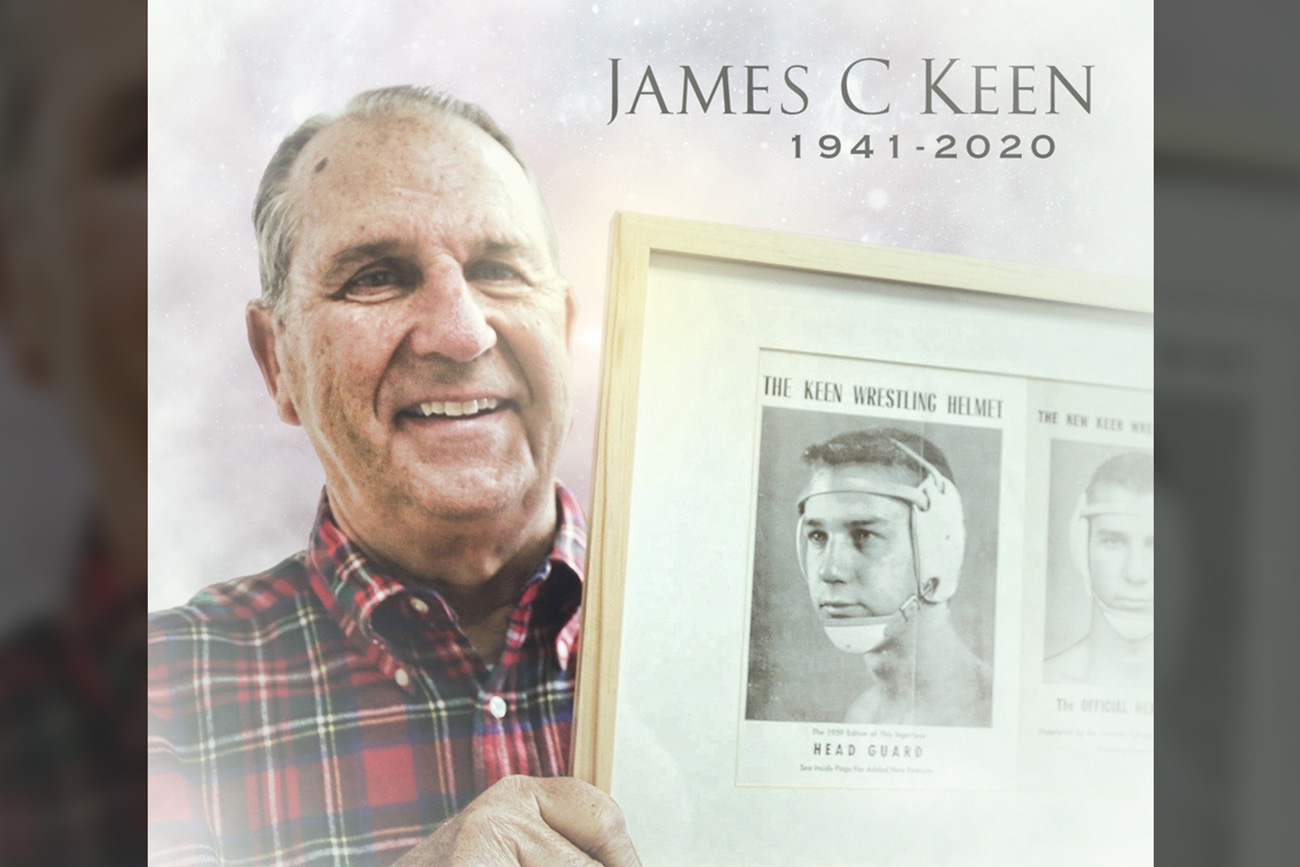 Jim Keen, Sr., one of the icons of the wrestling scene in the U.S. for decades, passed away November 24 at home, surrounded by his wife, children and grandchildren. He was 79 years old.

According to his obituary, Jim Keen was involved in the sport for over 65 years and positively impacted the world of wrestling in many ways — as a competitor at the University of Michigan under his father, Coach Cliff Keen; as an inventor of wrestling equipment; as CEO of Cliff Keen Athletic; as a tournament sponsor; and as a legislative liaison.

In addition, Keen served on the board of the Michigan Chapter of the National Wrestling Hall of Fame. He was a past president of the University of Michigan Letterwinners M Club and later received the club’s prestigious Bob Ufer Award. U of M honored him with the Don Lund Award, and he was a recipient of the Bob Ufer Quarterback Club’s Bennie Oosterbaan Award.

Keen is preceded in death by his parents, Clifford Patrick Keen and Mildred Ella (Smith) Keen, and his sister, Shirley (Keen) Leahy. He is survived by his wife, Mary (Pope) Keen, whom he met in physics class at UM. They were married on August 17, 1963 and lived happily together for 57 years. He also is survived by his sister Joyce (Keen) Novak and husband Robert Novak; son James Jr. and wife Bonnie (Hassenfeld), their children Gabrielle and Molly; daughter Caroline (Keen) Gould and husband Christopher Gould, their children Ashley, Mary-Grace, Lila, Johnny, and Gina; and son Thomas and wife Claudia (Cabrera), their children Sofia, Isabel, and Elizabeth.

In writing on his Memories page, Chad Clark, senior VP at Cliff Keen, said that "Senior will always have a special place in my heart. I was lucky enough to get to know Jim in what seems like a former life. I was always impressed by his friendliness and generosity. It was Senior who helped me out of a dismal situation and offered me a job in early 1999. I knew it was meant to be when I showed up for my interview and we were both wearing the same tie! Not planned, I swear.”

‍Donation in Jim Keen’s memory can be made to the Alzheimer's Association and the  National Wrestling Hall of Fame.