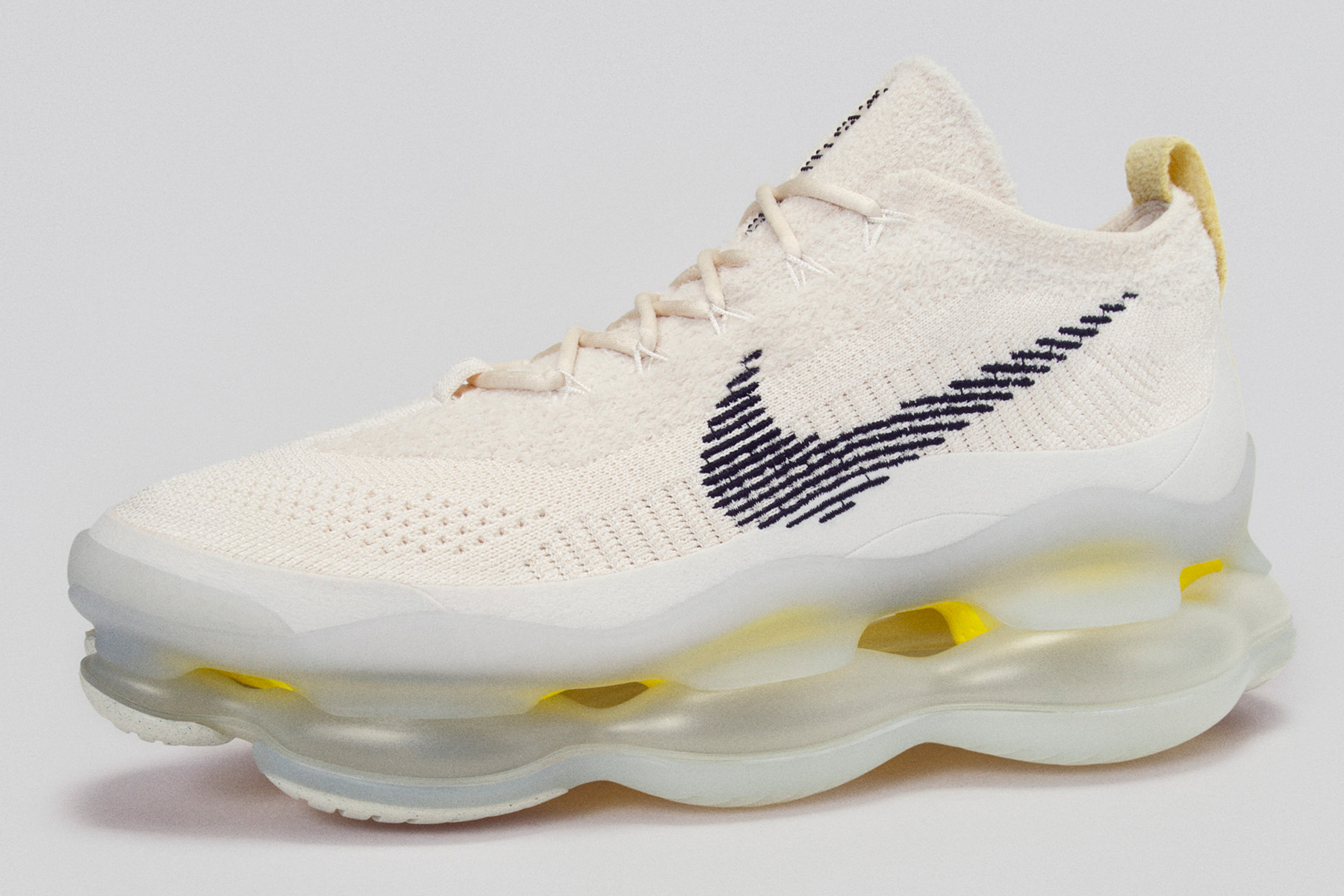 Nike is bullish about the new Air Max Scorpion, which features more ‘Air’ than any other shoe from the brand.

Nike is bullish about the new Air Max Scorpion, which features more ‘Air’ than any other shoe from the brand.
October 5, 2022
By
Bob McGee
&
No items found.
Issue
Newsletter
Share:

With inventory levels soaring, Nike says it is planning on discounting items to clear inventory. The inventory issue was partly created by late deliveries of spring, summer and fall season products. Total inventory for the company rose 44 percent in the first quarter to $9.7 billion, led by 65 percent growth in North America and an 85 percent increase in in-transit merchandise. Nike says it will liquidate 10 percent of the total, largely in North America apparel, as it introduces fresh products to consumers through strategic partners and its own direct channel.

Gross margins for Nike are expected to decline 350-400 basis points in the current quarter ending Nov. 30 due to aggressive discounting of out-of-season merchandise in its own channels and in wholesale accounts. Inventory levels are expected to normalize by the start of the next fiscal quarter, Dec. 1, allowing Nike to shift focus toward more full-price offerings. It’s unclear at this point, how much Nike’s apparel discounting in the North American market will impact its competitors from clearing similar goods in a timely manner.

“I think the distinction here that we’re trying to make is a distinction between footwear strength and seasonally appropriate product and innovation versus late-arriving apparel that has been impacted from the (Asian) factory closures a year ago,” CFO Matthew Friend told analysts. “So, we’re really focus on clearing the late off-season apparel that we have predominantly in North America.”

Nike’s North American revenues in the quarter increased 13 percent to $5.51 billion, bolstered by a 17 percent increase in footwear sales to $3.8 billion and 5 percent improvement in apparel sales to $1.49 billion. There were shifting conditions, however, as earlier ordering by retailers prompted by consumer demand and less predictable delivery times led to higher inventory across all consumer goods.

The Swoosh, which is bullish on its digital strategy and its new product flow, which will include Forward apparel, the Air Max Scorpion, a refreshed signature basketball line and new sportswear collaborations in the coming months, is currently forecasting low double-digit revenue growth this fiscal year ending next May 31 with the second half increase expected to moderate.