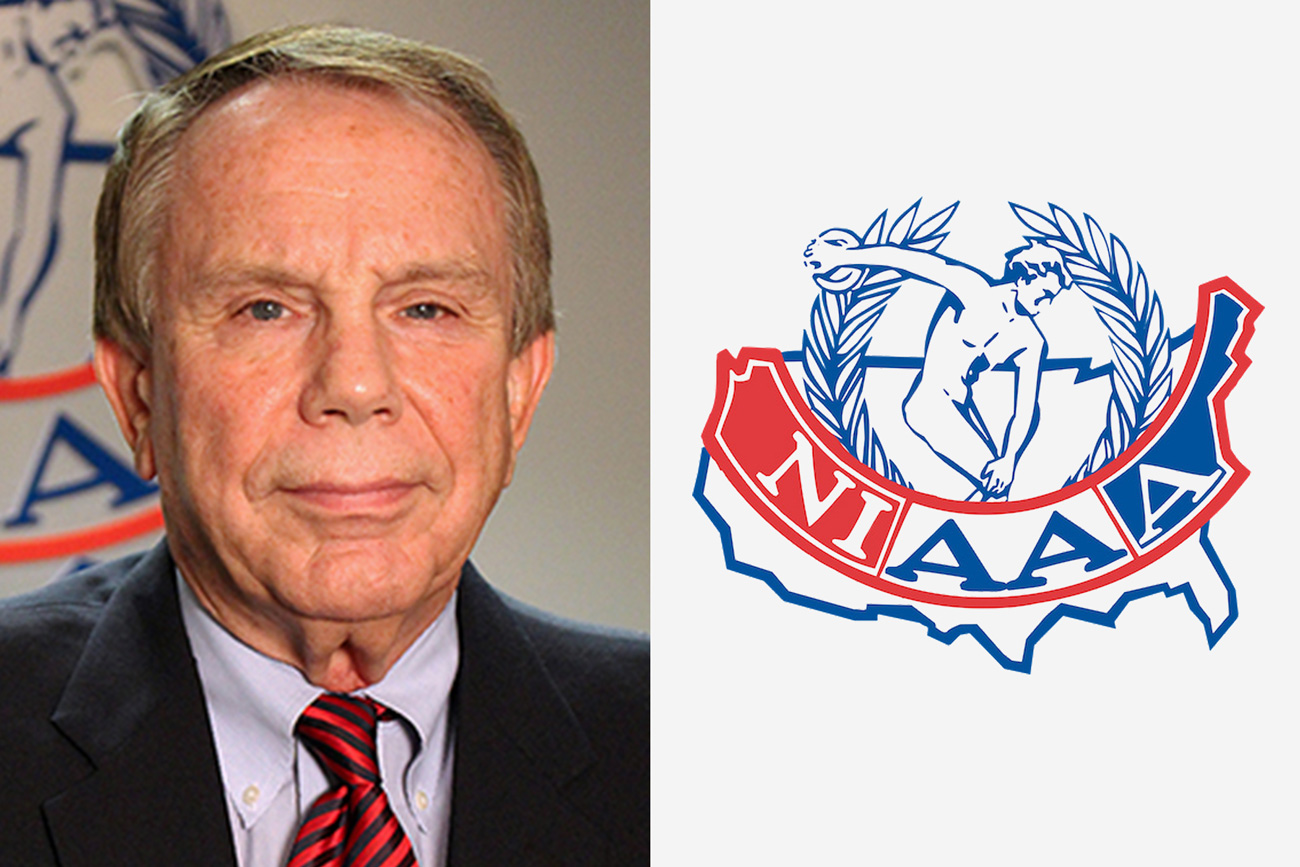 In 2005, Blackburn came to the NIAAA from Northwestern School Corporation, located in Howard County, Kokomo, IN. He succeeded executive director Bruce Whitehead in 2016, with whom he served as associate executive director. Blackburn’s retirement will conclude a nearly 51-year career that includes NIAAA leadership, school athletic administration, teaching and coaching.

“It has been a privilege to serve alongside our members and staff for the welfare of the profession and the association. I am sincerely grateful, and my words are insufficient to express my appreciation.” Blackburn says. “The NIAAA finds its strength in member selflessness, integrity, collegiality, and a volunteer spirit for the greater good. These qualities have always been and must continue to be, paramount for the NIAAA. My life has been blessed by personal relationships throughout my career and I will always cherish so many nurtured within the NIAAA family.”

Blackburn’s teaching and coaching career spans three Indiana schools/districts in Howard, Noble, and Fulton counties. His first year in athletic administration was the initial year of the NIAAA’s formation. He earned a Ph.D. in educational administration from Indiana State University and holds both a Master of Arts and Bachelor of Science degrees in education.

Blackburn has received the NIAAA Award of Merit, NIAAA Distinguished Service Award, NFHS Citation, NIAAA Commendation, and NIAAA State Award of Merit. He was the IIAAA Athletic Director of the Year and received the Indiana Association of Educational Office Professional (IAEOP) Administrator of the Year. He has been inducted into the National Association of Sports and Physical Education (NASPE) Presidential Hall of Fame, the Northwestern High School Hall of Fame, and the Howard County Sports Hall of Fame.