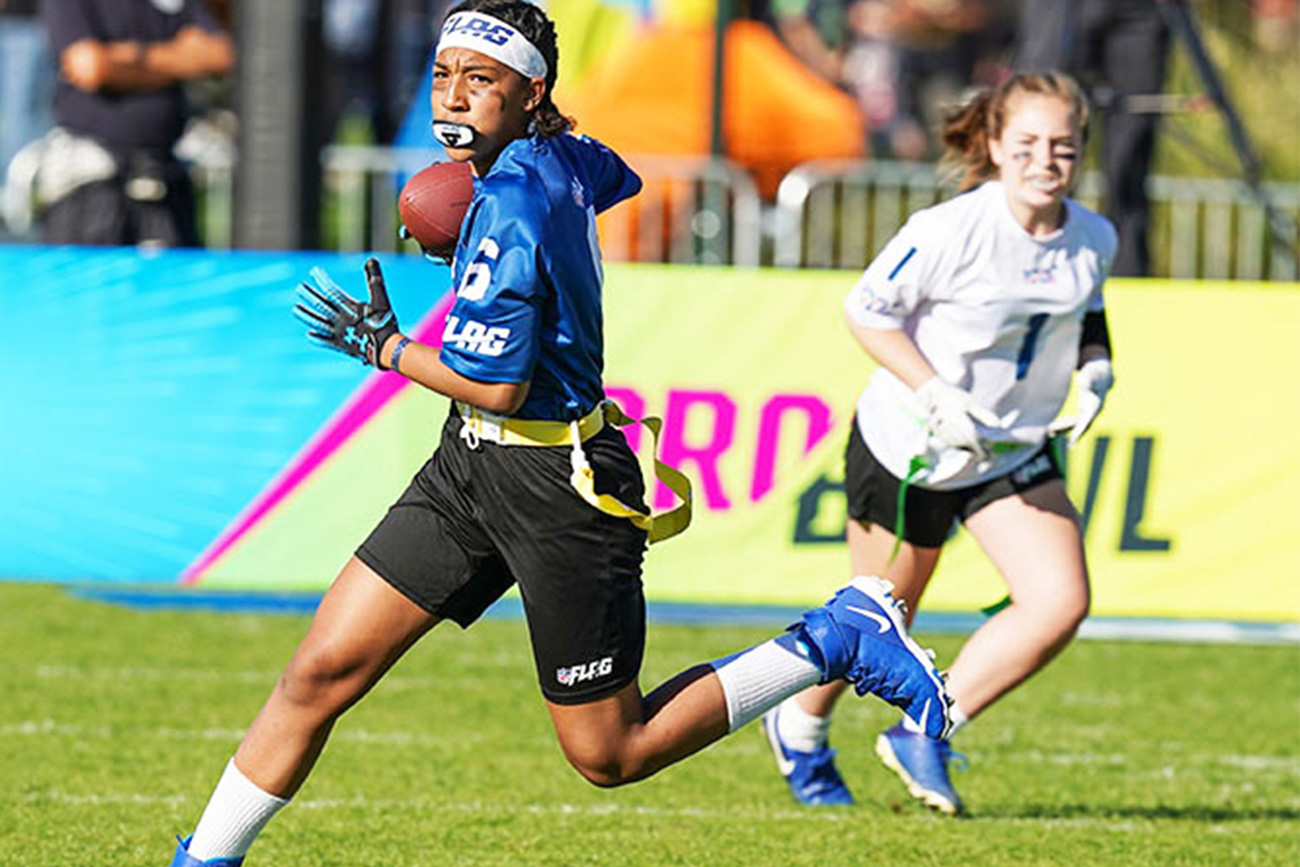 May 5, 2022
By
Michael Jacobsen
&
No items found.
Issue
Newsletter
Share:

The NFL wants to continue growing its market outside of the U.S. and the ultimate goal for the next 10 years is to attract about 50 million new international fans to the sport. Toward this end, Damani Leech, COO of NFL International, says the league is looking to get more people involved in flag football, and a key to accomplishing this is to gain exposure in the Olympics by introducing flag football to the 2028 Summer Games.

“We’ve got to make the game matter,” Leech says. “If flag football becomes an Olympic sport, more countries will invest in playing that sport.”

American football has not been recognized as an Olympic sport since 1932, when it was used as a demonstration sport. Another opportunity for the International Olympic Committee to see flag football’s potential is in July at the 2022 World Games that will take place in Alabama.