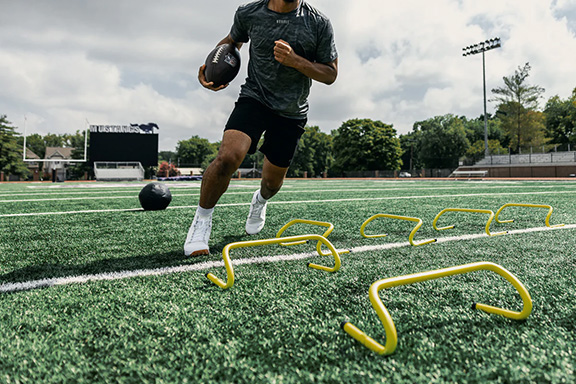 Having already elevated it to a sponsor of its annual Scouting Combine, the National Football League is now investing in apparel and footwear brand NOBULL. According to a report by Daniel Kaplan in The Athletic, NFL owners each agreed to put another $5 million, or $160 million, into 32 Equity, the league’s venture capital fund that is making the investment in NOBULL.

The owners have already injected $96 million into the fund since it launched in 2013, so the new money takes the overall commitment to more than $250 million, according to The Athletic. The strategy of 32 Equity from inception is to invest in companies that are in the sports ecosystem and benefit in part from their relationship with the NFL.

NOBULL chief marketing officer Todd Meleney told The Athletic that “2022 was a landmark year for NOBULL, and our official partnership announcement with the NFL in August marked a major step in our journey as a brand. We are excited about NOBULL’s future growth in the U.S. and globally.”

NOBULL previously sponsored CrossFit and is the title sponsor of the CrossFit games. The company sells footwear, including cycling shoes, running sneakers and trainers. It sells gear for running, swimming and golf, but it currently has no category for football. Last year, it signed New England Patriots quarterback Mac Jones to an endorsement. The company also has Alabama quarterback Bryce Young and Kentucky quarterback Will Levis under contract.

The NFL first sold an apparel sponsor to the Combine in 2008 to Under Armour. In 2019, the league gave the sponsorship to New Era to start in 2020. Combine participants will be required to wear NOBULL apparel and headwear, with footwear their option as it is for competitors in the CrossFit Games.