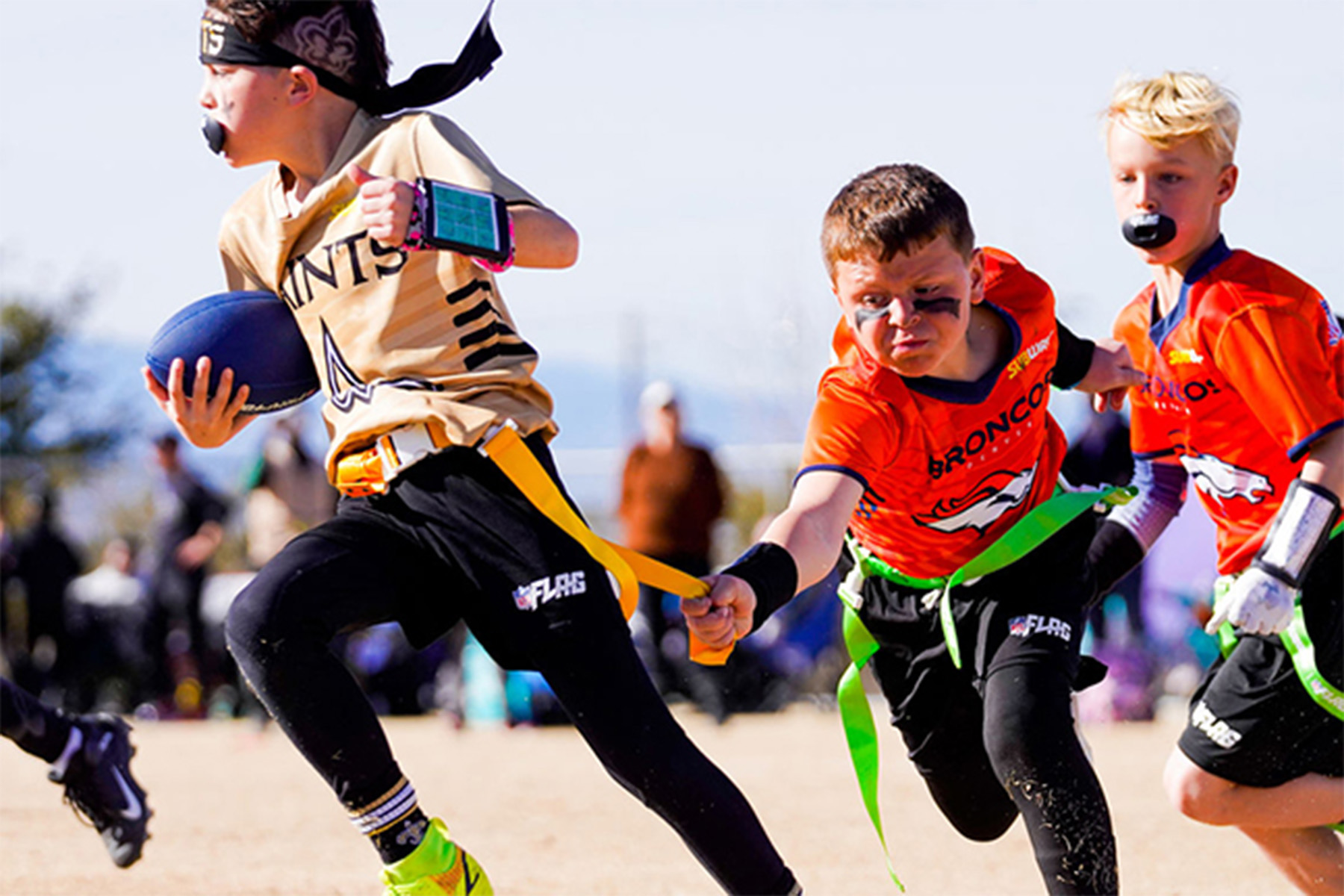 NFL Flag's mission is to empower youth athletes ages four to 17 and instill a lifelong passion for flag football through leagues that are engaging, fun, and accessible for everyone. The leagues provide a structured opportunity for kids to discover the importance of sportsmanship, teamwork, and friendship, both on and off the field.

"The launch of NFL Flag Canada is an example of our continued commitment to grow the game, strengthening interest and increasing participation in football among Canadians," says David Thomson, Managing Director, NFL Canada.  "We are pleased to officially recognize and support NFL Flag leagues across Canada and look forward to creating more opportunities for local youth athletes and NFL fans to enjoy the game of flag football."

"Flag football is one of the fastest growing sports in the United States, with regular participation of more than three million youth and adults each year," said NFL Flag executive director Izell Reese. "We're excited to bring NFL Flag to Canada's loyal football fanbase and provide opportunities for young fans to learn the fundamentals of the game and experience the excitement of flag football."

NFL Flag will work with clubs that have been granted NFL international home marketing areas in Canada, including the Seattle Seahawks and Minnesota Vikings, to drive fan growth and participation internationally.

The inaugural NFL Flag Canada Regional Tournaments will take place in four provinces across Canada including Vancouver, BC, Regina, Saskatchewan, Halifax, Nova Scotia and Toronto, Ontario between June and July 2022.

The NFL will continue its international expansion by sponsoring the debut of flag football at the 2022 World Games this July in Birmingham, Alabama.

NFL Flag includes more than 1,600 locally operated leagues in the U.S. and over 500,000 youth athletes across all 50 states. NFL FLAG is the only flag football league where players wear officially-licensed NFL gear.