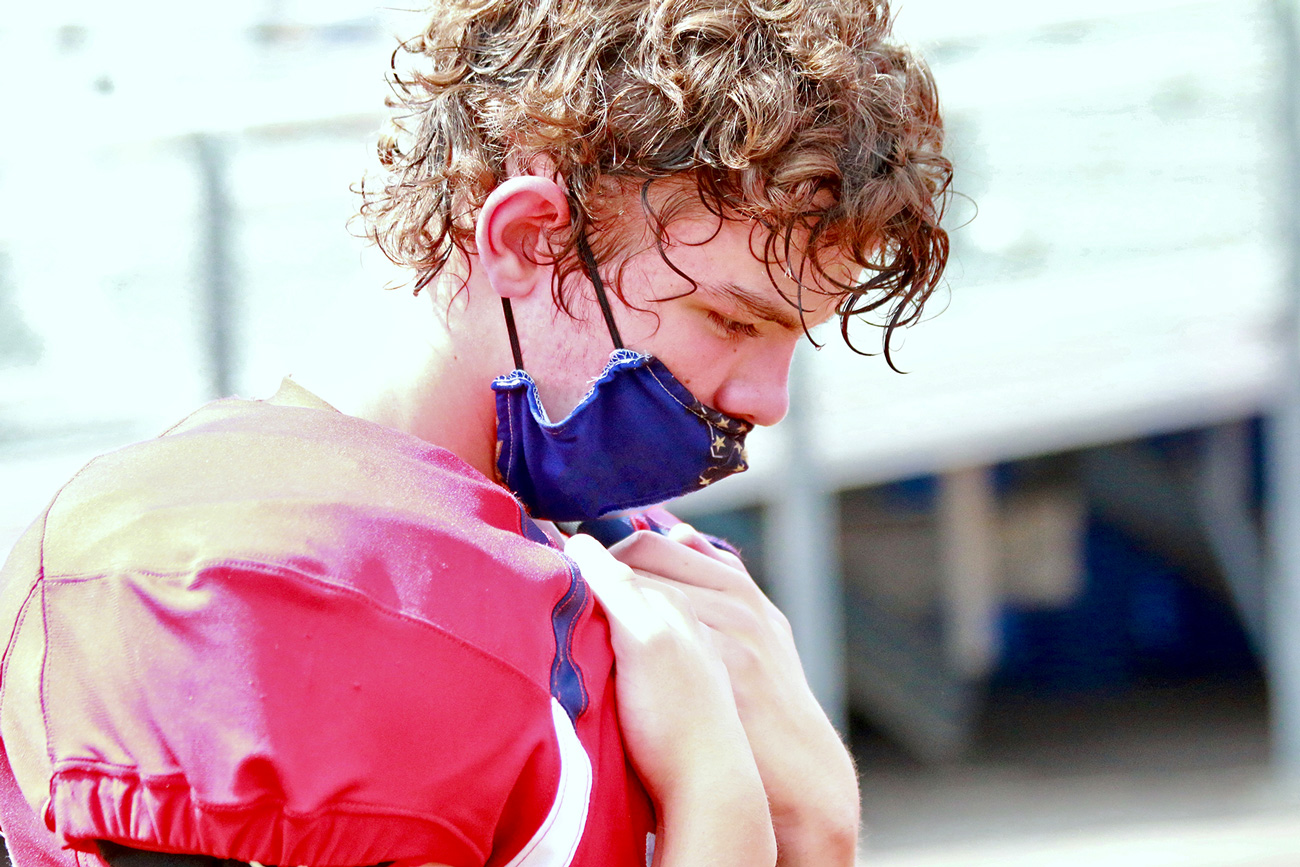 As schools reopen around the country and a semblance of normalcy returns to classrooms and playing fields, the National Federation of State High School Associations (NFHS) has taken a strong stand on the need for vaccinations to assure players stay on the field and games are played. In a late-August missive to association members, executive director Dr. Karissa Niehoff laid it all on the line. That message is excerpted here:

When it comes to high school sports and performing arts, there is no better time of year than fall. After being away from school and activities for a couple of months, the anticipation of Friday night football, as well as other sports and activities during the year, lifts the spirits of students, parents, coaches and others in communities across the country.

Last year, many states were unable to experience the excitement of fall sports due to restrictions from the coronavirus. Now, the spread of the delta variant is causing challenges to keeping students in schools in many areas of the country. However, thanks to mitigation strategies that are well defined now and the availability of vaccines, there is a resolve that #WeCanDoThis.

The NFHS, along with the NCAA, the U.S. Olympic & Paralympic Committee, the National Athletic Trainers’ Association and eight national medical organizations have joined with the U.S. Department of Education’s effort to promote COVID-19 vaccination for school-age students ages 12-18.

In addition to supporting the DOE’s #WeCanDoThis campaign, the NFHS is embarking on its own social media effort entitled #DontMissYourShot. With the full FDA approval of the Pfizer vaccine, and with the full approval of the Moderna and Johnson & Johnson vaccines expected in the coming weeks, there is hope that more and more students, through consultation with their parents and medical providers, will take advantage of these opportunities.

Many schools and state associations have strived to ensure that high school students have opportunities to participate in sports and performing arts this year.

The District of Columbia State Athletic Association (DCSAA) launched a social media campaign entitled “We Don’t Want to Lose Another Season,” encouraging coaches, athletic staff and student-athletes to get vaccinated.

Several states have implemented mask requirements for indoor sports, and some are requiring weekly COVID-19 testing. In other states, more stringent guidelines have been adopted for unvaccinated individuals. The Hawaii High School Athletic Association has delayed its 2021 football season to September 24 and is requiring all student-athletes, staff and volunteers to be fully vaccinated.

Last week, the Connecticut Interscholastic Athletic Conference (CIAC), the State Department of Public Health (DPH) and Gov. Ned Lamont urged student-athletes to get vaccinated. In an article in the Hartford Courant, CIAC Executive Director Glenn Lungarini said, “Our purpose is to educate first . . . We’ve partnered with DPH to educate people on the benefits of the vaccine and how that will help them stay in in-person instruction as well as be able to stay on the field to play.”

The bottom line is that more than 12 million students in high school sports, speech, debate, band, theatre and other activities want the chance to compete in these programs – an opportunity that wasn’t there for many last year.

According to an article from Reuters, the Fordyce (Arkansas) High School football team is doing something besides running practice drills to prepare for the season. In an attempt to win a third straight state championship, many of the Fordyce football players decided to get the COVID-19 vaccine.

“Football is the bedrock of the school culture; it’s the bedrock of this community,” said Dr. Judy Hubbell, superintendent of the Fordyce School District. “And I think that a lot of kids are getting vaccinated because they don’t want to miss a ball game.”

Treyvon Merritt said he was determined to play and enjoy every game, after receiving encouragement from his father, who previously contracted the virus, to get the shot.

According to a post on www.WWLTV.com in New Orleans, almost 50 players on the football team at John F. Kennedy High School received their COVID-19 vaccine with the hope other students will follow their lead.

“We’re just trying to lead by example, that’s all, that’s all we’re trying to do,” said Jaquane Glover, a JFK High School running back. Linebacker Devin Reed got the vaccine “to not hurt my teams. We’re a brotherhood.”

Many students are doing whatever is necessary – vaccines, social distancing, wearing masks, washing hands – to play high school sports and performing arts – that’s how important these activities are!