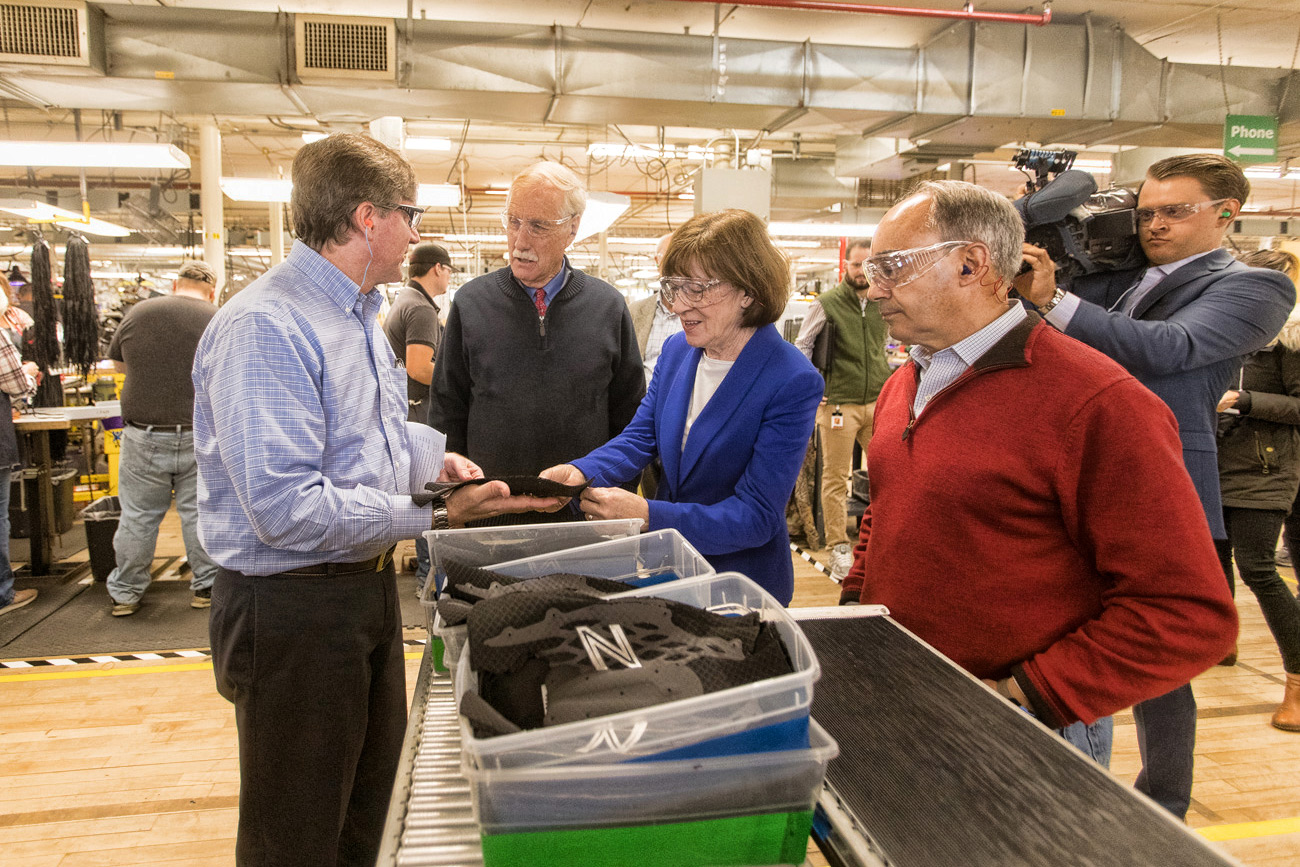 R&D, advanced manufacturing techniques and 3-D printing will be the primary focus of New Balance’s sixth New England factory when the 80,000-sq.-ft. building in Methuen, MA opens next year with 60 new NB employees, according to the Boston Globe.

New Balance Chairman Jim Davis refers to the in-development $33 million facility, for which the Boston company is receiving $900,000 in state tax credits and $272,000 in property tax relief, as the “Factory of the Future.”

In other footwear news:

• Is Shaquille O’Neal considering a return to Reebok? Not as an endorser, but potentially as an owner? A June 19 report in the International Business Times suggests as much, contending the four-time NBA champion and hawker for everything from Icy Hot to General Insurance may make a bid for the company that signed him as a brand endorser in 1992 with a $15-million dollar, multi-year deal that was celebrated by Reebok employees in the company’s then Stoughton, MA parking lot with the B-52’s “Love Shack” blaring over loudspeakers. O’Neal says he can fix Reebok as he accelerates the brand’s focus on basketball and fitness. Also, at Reebok, the company has elevated Matt Blonder, VP of global digital, to VP of marketing as well following the departure of Melanie Boulden. She is moving to The Coca-Cola Co.

• Cherokee Global Brands, which will shortly rebrand as Apex Global Brands with a new “APEX” ticker on NASDAQ, says its Hi-Tec portfolio of the Hi-Tec, Magnum, Interceptor and 50 Peaks brands, accounted for 50 percent of Q1 revenues, or $2.5 million. The Hi-Tec brand is being expanded to Asia, Latin America and India in the coming months, and Magnum has added apparel and accessories to its brand assortment. Meanwhile, the company is negotiating to expand the global reach of Interceptor in early FY21.

• German sandal company Birkenstock ended its relationship with its Japanese distributor ABC-Mart Japan last week over claims that the firm was knocking off its iconic styles and selling them under a private label.  Birkenstock USA CEO David Kahan told Sports Insight Extra in a statement: “The Birkenstock brand has numerous styles that are highly recognizable as ours in the market. We must ensure our brand equity is never compromised and consumers do not purchase inferior products that lack the quality, craftsmanship and benefit of our unique footbed. We are taking a firm stance that our business partners understand the importance of respecting our relationship.”

Several years into its latest resurgence as a fashion favorite, Birkenstock has been aggressive about protecting its trademark. In 2016, the brand pulled its product from Amazon over the number of counterfeits it said it found on the site.