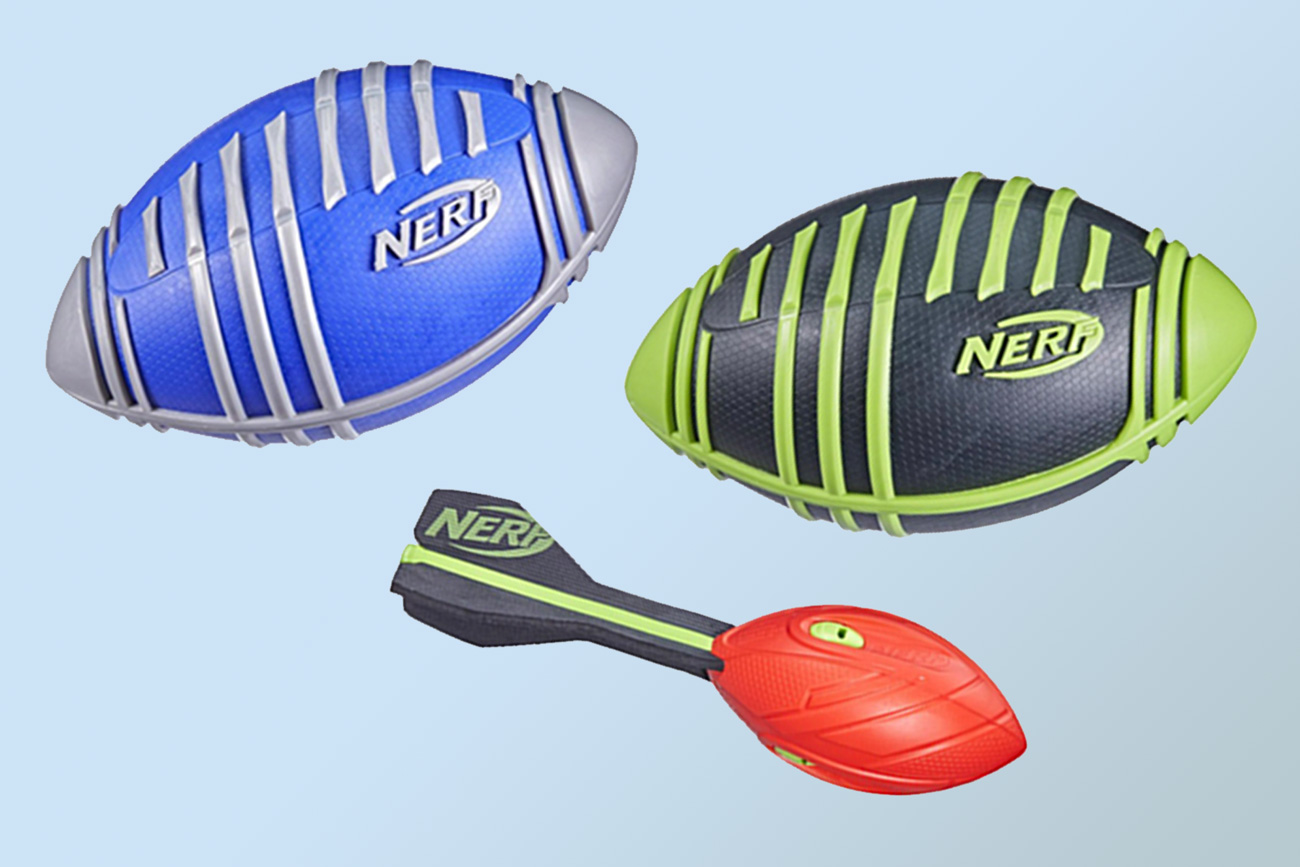 Nerf is coming to flag football through a unique partnership between Hasbro and the NFL to become the official supplier of footballs and flag belts for NFL Flag league play in the United States. The partnership represents a return to sports for the Nerf brand, which will put Nerf footballs and gear directly into the hands of thousands of NFL Flag athletes.

As part of the partnership, Hasbro will supply Nerf-branded footballs and flag belts to more than 1600 NFL Flag leagues, serving more than 500,000 participants in 50 states starting this summer. NFL Flag athletes ages six-and-under will compete with Nerf-style, foam footballs, while older athletes (seven years and older) will use a traditional composite, air-filled, regulation Nerf football.

In addition, Nerf will create branded experiences at year-round NFL Flag Regional Tournaments held in major markets across the country as well as the NFL Flag Championship held during Pro Bowl.

Hasbro will also supply Nerf footballs and flag belts for GENYOUth's "NFL Flag-In-Schools" program, a national initiative that distributes equipment, curriculum and gear to schools at the elementary, middle and high school levels.

"Nerf will be the very first ball kids play with as they begin their football journey and progress through the NFL Flag Football League," says Teresa Pearson, senior director of global brand marketing and development for Nerf. "We're honored to join NFL Flag's mission of delivering the excitement of youth football, and the importance of active play, to communities and families across the country."

In addition to the partnership’s supply agreement, NFL Flag-branding will be featured on Nerf, including an "Official NFL Flag Partner" emblem on packaging at select retail locations beginning Spring of 2022.

NFL Flag is described as “a fun and accessible non-contact league” for youth ages 5-17. There were 6.5 million flag football participants of all ages in 2019, according to NSGA's Sports Participation in the US report.