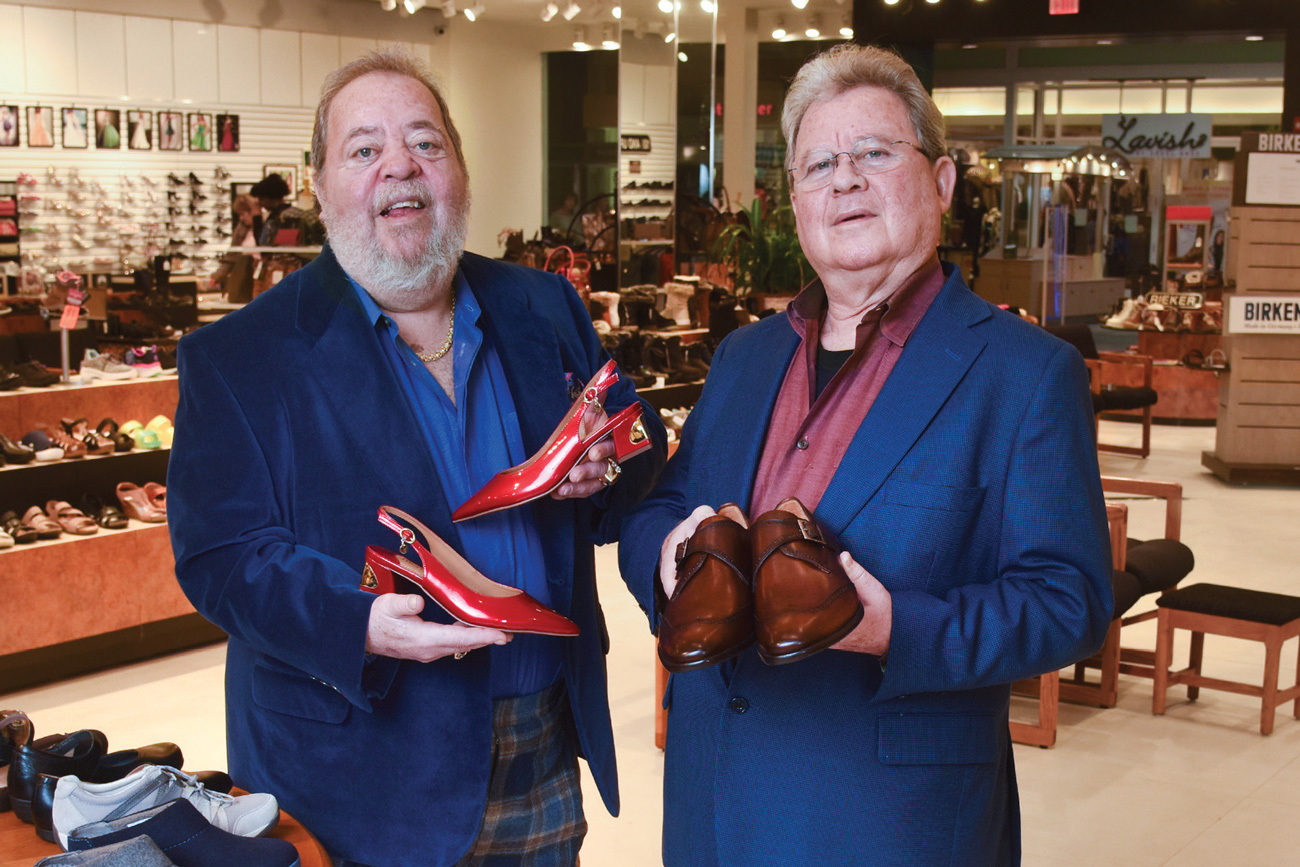 Reyers Shoe Store Is Our Top-Scoring Store of the Year.

Reyers Shoe Store Is Our Top-Scoring Store of the Year.

Describing the past year as “challenging” for independent retailers would be an understatement. Retail competition, inventory shortages and a boatload of pandemic-related obstacles have kept everyone’s problem-solving mode in overdrive. But each of the store’s that earned a spot on our Gold Medal Service Award list this year managed to navigate the year and successfully deliver for their customers.

For Reyers Shoe Store, this year’s top-scoring Gold Medal store, 2021 had another major challenge — a moving one. Reyers, which had been located in Sharon, PA for 134 years, relocated its flagship store over the summer, and is now located a short drive across state lines in a mall in Ohio.

But while Reyers, run by co-owners and brothers Mark and Steven Jubelirer, may have gone through a major change this year, more than a few things have remained the same. “We have defined our brand around three simple words — style, service and selection,” says Mark Jubelirer. “Those words adorn our store front, as a message to our customers that this is a promise that we make to them.”

We caught up with Mark Jubelirer, who serves as president at Reyers, to learn more about the move, the past, present and future of the store, and to get some insight into the secrets of their success.

Originally established by a German immigrant cobbler in 1886 in Sharon, a small town on the Pennsylvania/Ohio border, Reyers was purchased by Mark and Steven’s father Harry in 1952. Over the years, Reyers became a draw for miles, marketing itself as the world’s largest shoe store, growing from a 1200 square foot space into a 36,000 square foot downtown anchor.

Along the way, Mark says he and Steven learned from Harry that, “It’s in the doing that superior service is learned and taught. Our father preached to us that if you take care of the customer, then everything else takes care of itself. We watched him as he serviced customers over the decades when he was out there selling. So did our management team, which is largely still with us.  His ethos became ingrained in us.”

While the store thrived in Sharon for decades, the surrounding downtown business district eventually lost its luster, slowed down, and brought less traffic. As the store’s enormous footprint became increasingly untenable in recent years, Jubelirer says, “My brother and I agreed with our accountant that the time was coming when we’d have to run a GOB and retire, or do something dramatic. We chose the latter.”

The Reyers team began searching for a new location three years ago, looking in neighboring towns, attempting to stay in Pennsylvania, but nothing panned out. Eventually, the team found the answer 25 minutes to its west, in Ohio, at the Eastwood Mall.

“We see plenty of our old, loyal customers still, and many more fresh new ones. And we shall learn what this new marketplace demands of us and we shall give it to them.”

“This mall was hailed as the single best mall in Ohio,” says Jubelirer. “We took a look, and found a fabulous 14,000 square foot room, brightly lit, bright white, just recently abandoned. We’d feel a little cramped to be sure, but it seemed perfect otherwise. Tons of traffic and destination stores surrounding the mall and within the mall. And traffic was what we craved.”

The Reyers team was in the middle of negotiations for the mall location when the pandemic hit, delaying the deal for a year, before they revisited the idea in February, 2021. From there things moved quickly — Reyers had relocated and opened for business by August, 2021, bringing every one of their 30 employees along with them.

“Leaving Sharon after 134 years was heart-wrenching, but setting up shop in a viable new venue was life-affirming,” says Jubelirer. “We see plenty of our old, loyal customers still, and many more fresh new ones. And we shall learn what this new marketplace demands of us and we shall give it to them.”

So how does a family-owned, independent store manage to survive and thrive for 100+ years?

Connecting with the community, for a start. “We have advertised like crazy over many decades, so the local marketplace knows our name,” says Jubelirer.

The community also knows the store for its local philanthropy and its staff, who the store owners describe as “great and caring.”

Reyers does not sell online, though customers can call in toll free and have items shipped. Jubelirer bluntly says he detests e-commerce. “And I really hate it when my vendors sell directly to my customers,” he adds.

As for current challenges, while inventory and supply chain issues are top-of-mind, the Reyers team feels ready for what’s next. “Our buying team geared up to do more business in Q3 and Q4 anyway, since we were moving to the mall,” says Jubelirer. “So we bought plenty of product and placed more backups… Reyers has plenty of product. And we’re raring’ to go.”

When it comes to Q4, Jubelirer says he is “excited as all get out.” Why? “We’re in a mall,” he exclaims. “And malls major in fourth quarters.”

As for the biggest lesson of 2021, Jubelirer says it’s simple. “This past year has taught us to just keep going. Stay ambitious. Stay in the game. Take care of your staff. And take care of the customer.”

How They Do It

In the Spotlight: Running Essentials