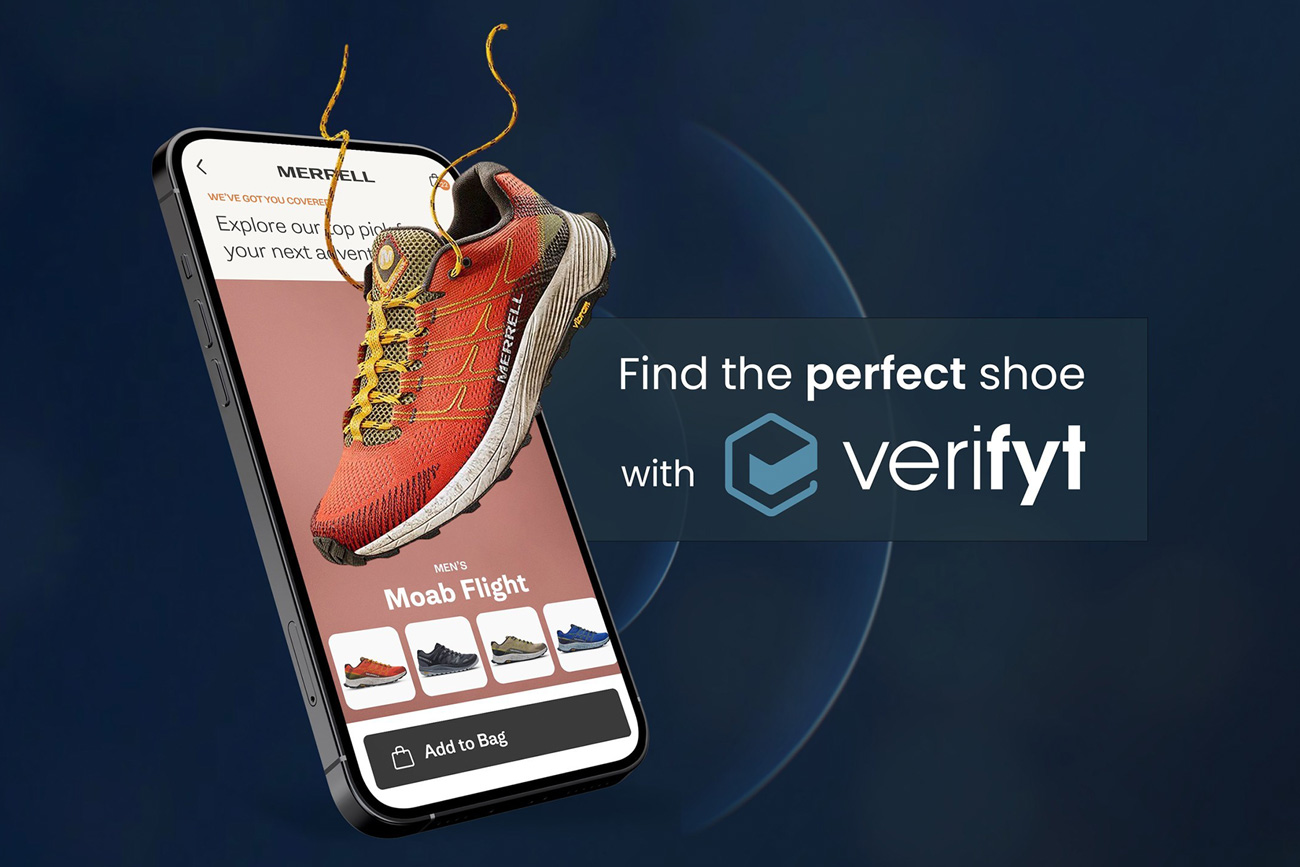 The technology behind Verifyt helps footwear buyers shop online with confidence and reduces returns, according to Jeff Chen, CEO and Co-founder of NetVirta, but it also can help in-store shoppers and associates with the try-on process. He cites the app’s accuracy, completeness, and brand recognition as what makes Verifyt standout among various scan/fit technologies today. Industry data cited by NetVirta shows that footwear purchased online has an average return rate of 35-40 percent with 72 percent of those returns attributed to improper fit.

NetVirta, utilizing research from the Massachusetts Institute of Technology, developed the only FDA Class II clear smartphone technology app for 3-D shape scanning for both the body and foot. The company’s medical app, CurveCapture, has been adopted by clinicians in more than 13 countries to 3-D scan patients for custom-fit orthoses and prostheses. In the sports protection world, NetVirta’s app has been utilized to make custom-fit helmets for NFL and collegiate football players.

Chen says his longtime mission for NetVirta, along with that of his MIT classmate who co-founded the Boston company, has been “to make people’s lives better.”

Eventually, that objective may include working with retailers on developing a “scanning room” alongside fitting areas within brick-and-mortar locations. NetVirta, which does not offer exclusivity to customers, has signed nine long-term contracts with vendors, including two major apparel brands. An estimated one or two of the footwear-focused clients are expected to announce their usage of the scanning technology sometime this year.