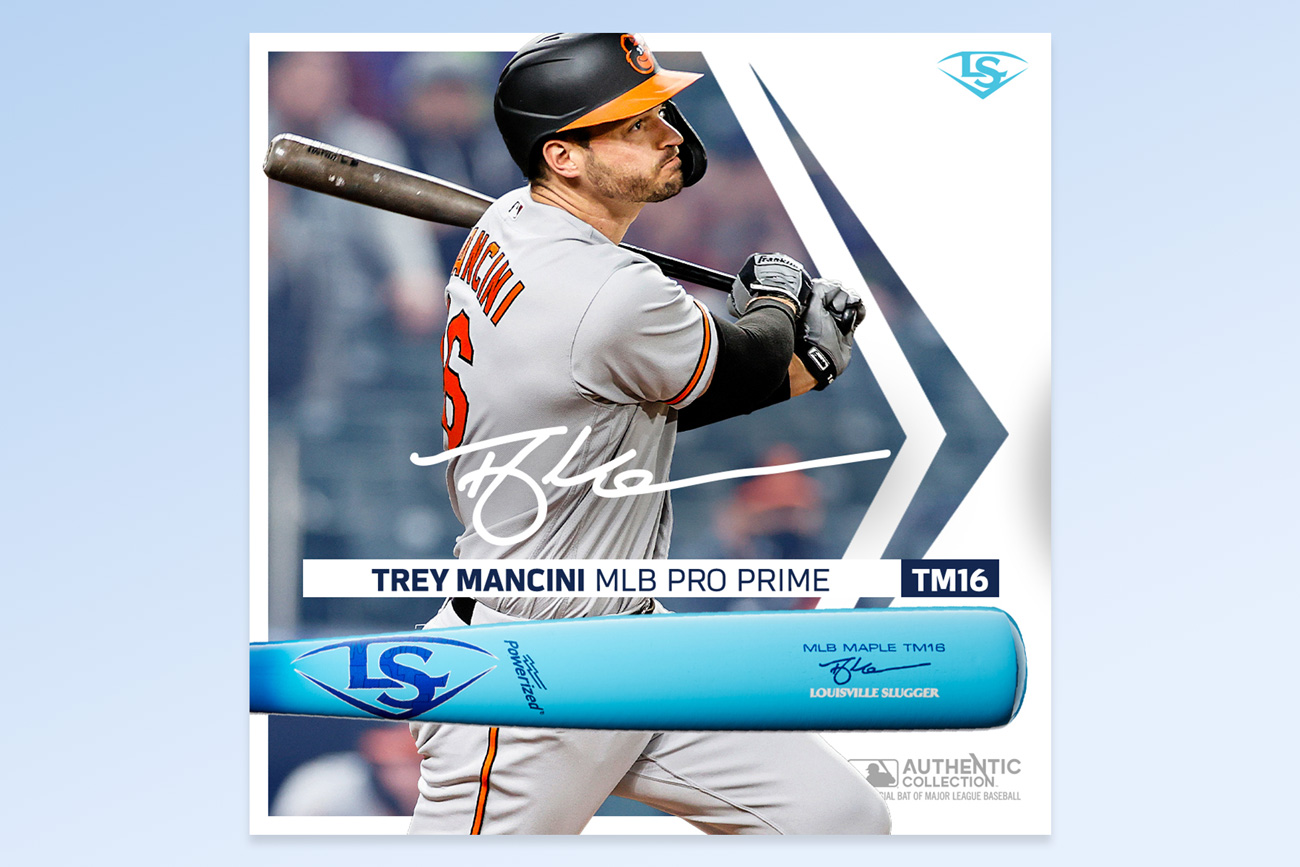 Colon cancer has a new opponent — the Trey Mancini MLB Pro Prime T16 bat created by the Baltimore Orioles outfielder and Louisville Slugger to raise awareness and prevention in the fight against colon cancer.

Mancini, who played college baseball at Notre Dame, has been an inspiration to baseball fans and cancer patients everywhere since his stage 3 colon cancer diagnosis in the spring of 2020.  The five-year MLB veteran battled and overcame the disease and his 2021 season has included a star performance in the Home Run Derby in July, where he finished runner-up.

Now Mancini and Louisville Slugger have teamed up to offer the public a Pro Prime bat based on the C243 model he uses. This fully customized bat is built to match his game specs and is painted with a navy blue handle that fades to a sky blue barrel. When Mancini began designing his signature Pro Prime bat, he wanted to incorporate the blue colorway adopted by the Colorectal Cancer Alliance, a national non-profit dedicated to ending colon cancer.

“With everything I’ve gone through in the past year, the first thing that pops to mind is something with colon cancer,” Mancini said.  “I just started a foundation, and most of what we’re doing is partnering with the Colorectal Cancer Alliance.”

The Trey Mancini Foundation, launched in late 2020, held its first fundraiser in February 2021; a raffle for a Zoom meeting with Trey. Proceeds benefitted the Colorectal Cancer Alliance.  The knob medallion on Mancini’s Pro Prime bat model features his initials and foundation logo.

The words “I’m With Trey,” used by Mancini’s supporters during his battle with cancer, are inlaid on the blue LS shield, and F16HT, which includes his uniform number 16, appears on the end brand to recognize the slugger’s triumph over colon cancer. Mancini’s signature appears in metallic blue opposite the F16HT logo on the barrel.

The Trey Mancini Pro Prime player inspired Louisville Slugger T16 bat is made of the same Prime birch wood that makes it on to Major League Baseball fields.  It retails for $149.95 and a portion of proceeds for every bat sold will be donated to the Trey Mancini Foundation.