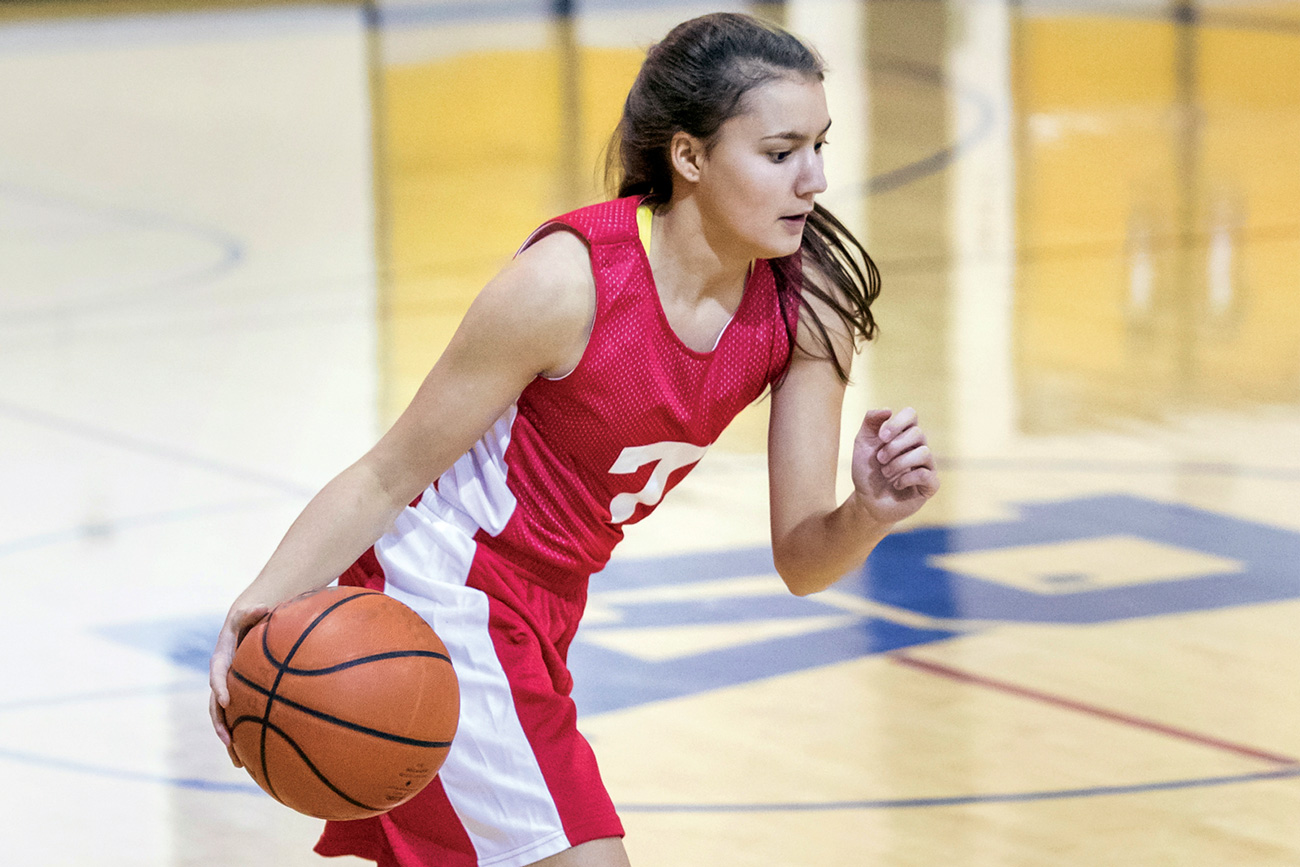 COVID-19 continues to impact the role of sports and how they are played in America.

COVID-19 continues to impact the role of sports and how they are played in America.

As its impact wanes and then reappears, COVID-19 continues to dominate conversations in the world of team sports. As schools reopen this summer and fall and a semblance of normalcy returns to the playing fields of America, people are realizing just how important sports are to children and young adults isolated because of the pandemic, along with the sometimes controversial steps that some feel need to be taken to assure the games are played with minimal disruption. A number of recent reports bring these issues home to the world of team sports.

It will come as no surprise to anyone in the business of team sports – from the team dealers on the front lines to the vendors who make the products used on the fields and courts – that there is a connection between youth sports and mental health. That belief is backed up by a recent study from TeamSnap and The Aspen Institute, which found a very strong connection between youth sports and mental health.

Among the Findings: Nine out of 10 parents cite mental health as a top reason their kids participate in youth sports and the majority of parents (52 percent) feel that their children’s mental and physical fitness decreased during the pandemic.

TeamSnap produced the study in collaboration with The Aspen Institute’s Sports & Society Program, Families in Sport Lab at Utah State University and Louisiana Tech University’s Minds in Motion Lab to explore the effects of the pandemic on kids and youth sports. The study was designed to help shape the growing conversation about the important role sports plays in the development of children and the wide-ranging negative impacts of the pandemic.

Nine out of 10 parents cite mental health as a top reason their kids participate in youth sports and the majority of parents feel that their children’s mental and physical fitness decreased during the pandemic.

“Throughout the pandemic, the abrupt pause of youth athletics left kids without an environment to gather with their friends and teammates,” says TeamSnap CEO Peter Frintzilas. “Unfortunately, the isolation of this period had negative impacts on the mental health, physical fitness and emotional wellbeing of this emerging generation of bright and talented young athletes.

Among the other key findings:

• Parents say the most important outcome of playing sports is for their kids to have fun (95 percent), followed by supporting mental health (89 percent) and enhancing physical fitness (88 percent); however, parents indicate that their kid’s achieving of these goals during the pandemic was significantly lower, with about half of parents saying their kids did very well with having fun and less (52 percent) who said their kids did very well with supporting mental health and enhancing physical fitness.

“Through this study, we’ve learned so much about the impact of the pandemic on young athletes’ lives, as well as the connection between organized sports, social development and overall well-being,” adds Tom Farrey, Aspen Institute Sports & Society Program executive director. “As the world gradually opens back up and youth sports come back in full-swing, we hope to provide our partners with actionable tools to influence their users and surrounding communities to make youth athletics an arena of inclusivity and fun.”

With the increased awareness of mental health issues among athletes taking center stage this summer, it comes as no surprise that young men and women from all walks of life have been adversely impacted by the shutdowns and cancellations of youth sports in America. Now a recent study finds that this stress has led to a greater risk for depression, requiring the need for increased education and research in mental health for adolescent athletes.

According to the recent survey and study from the American Academy of Orthopaedic Surgeons (AAOS) – called “Sidelined Due To COVID-19: Youth Athletes Sleep More, Practice Less, and May Lose Interest in Playing Sports Due To Social Distancing Mandates” – the report also found that women who played fewer years of sports were at greater risk for symptoms of anxiety during the lockdown.

Several positive effects from COVID-19 restrictions occurred as well, including increased quality of sleep and younger athletes who spent more time outside.

It comes as no surprise that young men and women from all walks of life have been adversely impacted by the shutdowns and cancellations of youth sports in America.

Most respondents had played sports for multiple years, reporting participation 42.1 weeks per year and 83.1 percent were considered high-level athletes, meaning they competed at a level above recreational or school sports. Of all participants, 61.7 percent were single-sport athletes, with more than 50 percent of elementary and middle school kids playing a single sport, indicating a high rate of early sports specialization (most experts recommend avoiding sports specialization until at least age 14).

Among the other findings of the report:

• Prior to COVID-19, participants trained 9.75 hours per week on average. During the pandemic, training decreased to 6.52 hours per week. Most participants continued to train while social distancing (86 percent) and maintained communication with their sports teams (76 percent).

• During the pandemic, 47.1 percent of participants spent more time outside.

• The average hours of sleep per night increased overall, from 7.86 hours pre-COVID-19 to 9.12 hours during the pandemic. An increase in sleep was mostly reported by older athletes.

• Approximately one-fourth of respondents reported elevated depression scores during the pandemic with 28 percent identified as mild, moderate or severe, while 22 percent reported some degree of anxiety. The data showed that elevated depression scores were significantly associated with increased age, fewer years played, decreased hours of sleep and sports specialization.

•Regarding goals and aspirations, 13.3 percent reported a change due to the pandemic, with the majority of those feeling lost opportunities to compete at a higher level or lost interest in intense training.

• Any change in sleep quality, whether worsened or improved during the pandemic, was associated with elevated anxiety scores. Women disproportionately were the largest group of the moderate/severe (73.6 percent) and mild (60.9 percent) groups reporting anxiety.

“Mental health needs to be at the forefront for orthopedic surgeons, primary care physicians and any health professionals working with youth athletes,” explains Henry Ellis, MD, pediatric orthopedic surgeon and associate director of clinical research, Frisco campus, Scottish Rite For Children, Dallas, TX. “When athletes sustain an injury, they lose their ability to participate in sports.

“For some of those youth athletes, their identity is wrapped up in being a player for that particular sport,” Dr. Ellis adds. “If they are out for a long period of time or have a sudden change in events, as they did during the pandemic, it can be challenging for them to cope.”

The survey also pointed to the need to implement changes to reduce burnout in student-athletes. An estimated 70 percent of kids quit organized sports in middle school, potentially due to intense practices, travel and the overemphasis on winning.

The COVID-19 pandemic brought unique changes to the sports and fitness world and following the initial shock the industry pivoted, and, in turn, persevered, adapting to focus on e-commerce and responding to the demand for new products, such as home fitness and cycling products.

Those are the topline findings of the recently released “2021 State of the Industry Report” from the Sports & Fitness Industry Association (SFIA), an in-depth analysis of the trends and issues affecting the sports and fitness industry, including participation, economy and industry environment for 2020.

Since the start of the pandemic, the sports and fitness industry outperformed other sectors of the U.S. economy. Despite COVID restrictions, sporting goods sales overall were able to recover to post a small, but positive, growth rate of 0.6 percent. While the sporting goods industry and GDP almost always trend in the same direction, in 2020 the industry grew while the overall economy took a 3.5 percent hit.

Despite the challenges COVID-19 presented, the overall number of sports and fitness participants in the United States still saw an increase, with a participation rate of 75.6 percent — the highest seen over the last six years.

Additionally, almost two-thirds of businesses expect sales to recover to at least pre-COVID levels by the end of 2021 and 73 percent of predict a strong future for the sports industry, substantially higher than in 2018 and 2019. While the top industry concerns are product sourcing and material cost/availability, businesses will continue to rely heavily on online sales in 2021.

“Even during such a unique time, the sports and fitness industry was able to adapt and persevere, with more capabilities to be physically active from our own homes and the use of digital tools to connect, partnered with the ability to participate in socially-distanced outdoor activities,” says SFIA president and CEO Tom Cove. “The increase we saw in participation has led to more industry optimism for the rest of 2021 and into 2022 — and the industry is primed to respond.”

Despite the challenges COVID-19 presented, the overall number of sports and fitness participants in the United States still saw an increase, with a participation rate of 75.6 percent — the highest seen over the last six years, with inactivity dropping by 2.4 percent, with the trend leaning towards activities that were more favorable to participate in during the pandemic.

“The pandemic changed the way of life for so many Americans, and especially the way that we stay mentally and physically healthy.” Cove adds, “leading a lot of Americans to take up being physically active as a way to cope, adapting to the pandemic by participating in COVID-acceptable activities.”