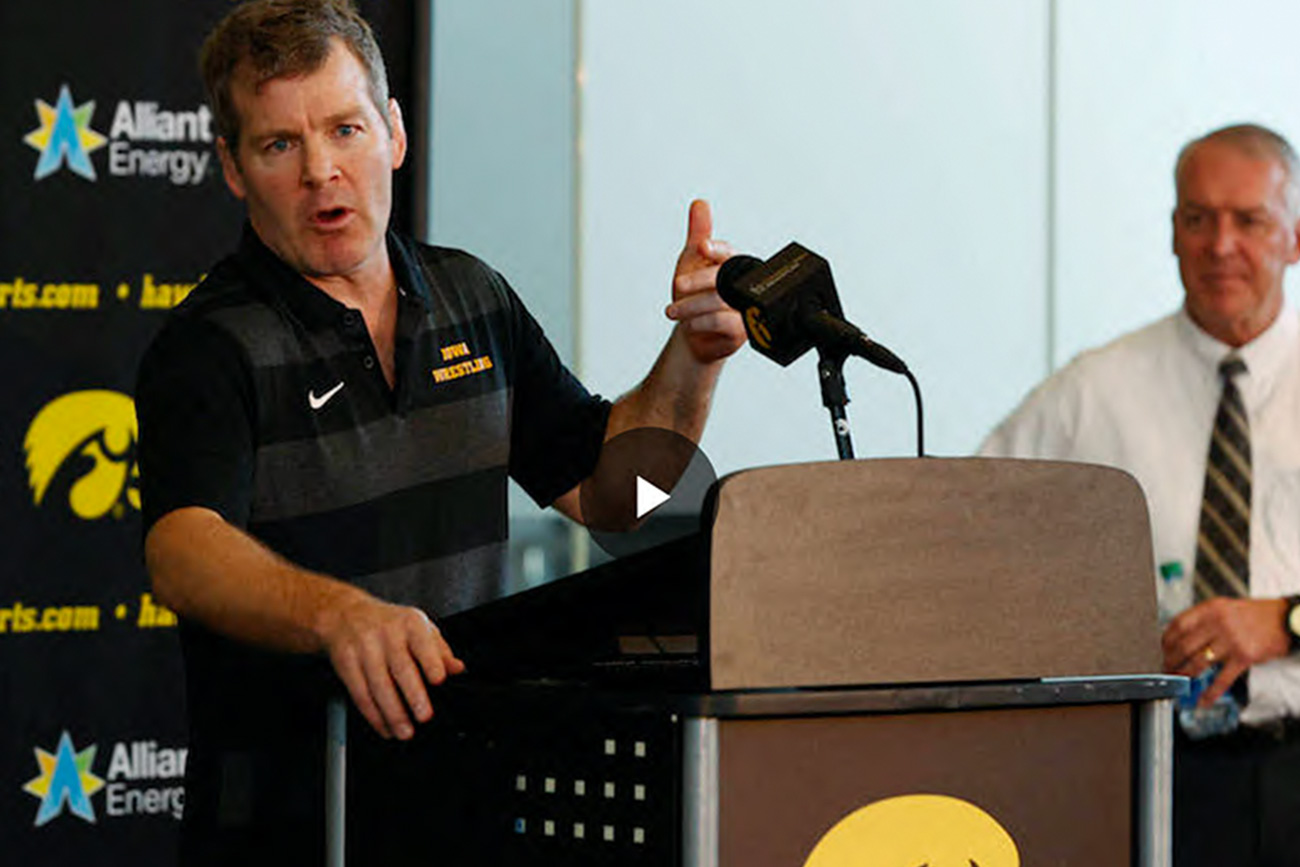 In a major step forward for the sport, women’s wrestling has been added at the University of Iowa as an intercollegiate program, becoming the first NCAA Division I, Power Five conference institution to offer the sport.

The NCAA recognized women’s wrestling as an emerging sport in 2020 for all three divisions. Currently, there are 45 intercollegiate women’s wrestling programs, including five in the state of Iowa. In addition, 32 states have a sanctioned high school girl’s wrestling state championships. In Iowa, the state tournament is sponsored by the Iowa Coaches Association and over 600 girls participated in high school wrestling a year ago.

“This is an exciting day for the university, our department and the sport of women’s wrestling,” says Gary Barta, the Henry B. and Patricia B. Tippie Director of Athletics Chair. “Our wrestling history and success makes this a perfect fit. We are confident that at Iowa, our women’s wrestling student-athletes will have the opportunity to compete at the highest level athletically and academically.”

A search for Iowa’s women’s wrestling head coach will begin this fall with plans to begin competing in the 2023-24 year.

“This is important to a lot of people for a lot of reasons,” adds Iowa head wrestling coach Tom Brands. “This is historic. This needed to happen and it’s appropriate that it is happening first at the University of Iowa. There is no greater place in the world to wrestle than Iowa City, Iowa.”

With the addition of women’s wrestling, Iowa will offer 22 sports, including 14 women’s teams and eight men’s teams. The university previously added women’s rowing in 1994 and women’s soccer in 1996. “We are committed to gender equity and Title IX compliance,” says Barta. “As the national landscape related to enrollment continues to change, adding women’s wrestling puts us in a better position for the future.”